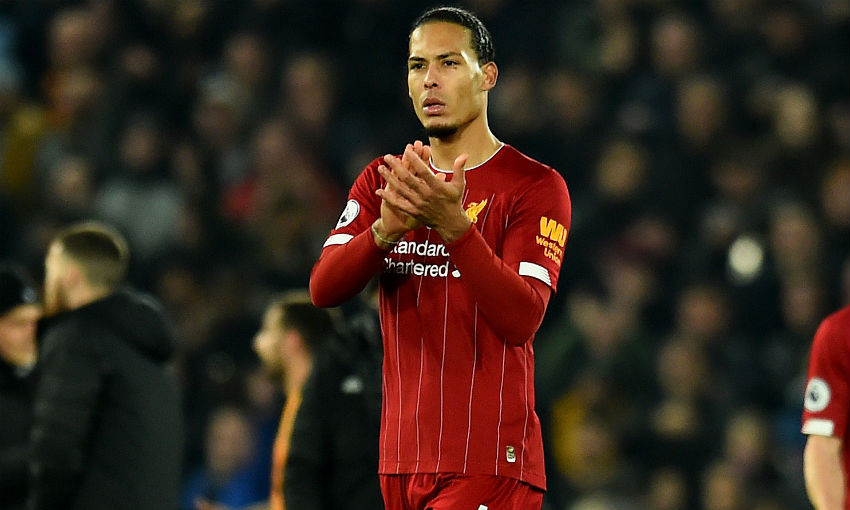 Virgil van Dijk felt Liverpool displayed the required maturity and patience in order to pick up an important three points over Wolverhampton Wanderers on Sunday.

The Reds restored their 13-point lead at the top of the Premier League thanks to Sadio Mane's first-half goal at Anfield.

Wolves had an equaliser ruled out shortly after the opener but Jürgen Klopp's side kept the visitors out to secure a hard-fought victory.

"It was [tough]. Wolves are a good team, made it very difficult for us and have good players," Van Dijk told Liverpoolfc.com post-match.

"It's never easy for both sides to play in the circumstances – last week and this week a lot of games, travelling for both sides.

"They made it tough for us and we're obviously very happy that we kept the three points.

"It's not always easy because you want to score goals as quick as possible but you had to be very patient today because they were defending well and when they had the ball they did good things as well. It was tough."

The result ensured Liverpool will go the whole of 2019 unbeaten at Anfield in all competitions, while they have now collected 55 points from a possible 57 in the league this term.

"Obviously we cannot not be positive about the situation we're in, but we can't be satisfied," the centre-half continued.

"So far we're in the middle of the season, halfway through, so we want to achieve more and more.

"The only thing we can do now is make sure we focus on the next game and it will be a tough one again."

It was a particularly satisfying win for Van Dijk on the day he reached a significant milestone in his career on Merseyside.

His outing against Wolves brought up a century of appearances for Liverpool following his arrival from Southampton in January 2018.

“Most of the games I've been on a consistent level as well, so I'm very happy about that. Obviously sometimes you could always be better but I'm not a robot, I'm not perfect. So, I'm just enjoying the ride and we'll see where it ends."

Inside Molineux: Behind the scenes of Liverpool's dramatic win