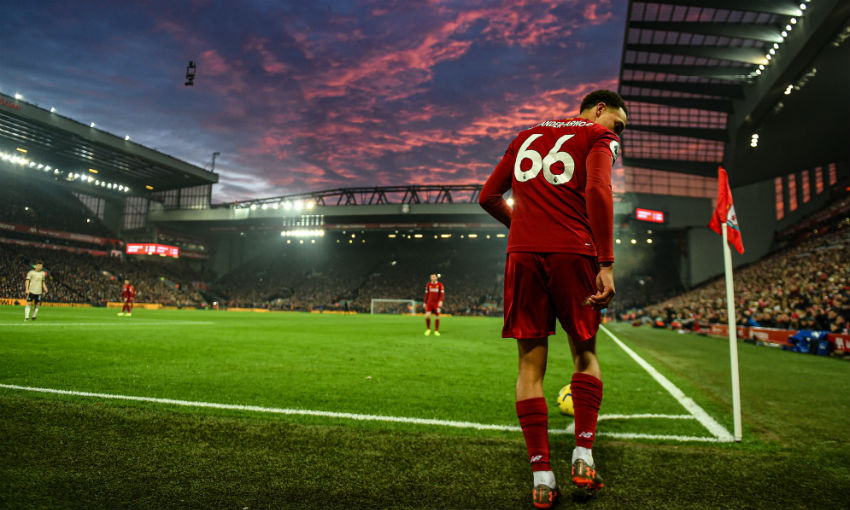 Virgil van Dijk’s 14th-minute header from Alexander-Arnold’s corner put the Reds on course for their 21st win from 22 Premier League games this season, before Mohamed Salah clinched the three points with a cool stoppage-time finish at the Kop end.

Roberto Firmino and Georginio Wijnaldum each saw goals disallowed during a dominant first-half display from Jürgen Klopp’s side, who flew out of the traps at the start of the second period in a bid to put the match to bed.

Their failure to do so offered United some encouragement, but Liverpool’s rock-solid defence emerged with a seventh consecutive Premier League clean sheet after Salah had sealed the victory.

The Reds now sit 16 points clear at the top of the table, having played one game fewer than second-placed Manchester City.

Liverpoolfc.com caught up with Alexander-Arnold after yet another win – read on for the No.66’s post-match reaction…

Trent, congratulations. You left everything out there on the pitch for another incredibly important three points?

Yeah, it was a difficult game, we knew that coming into it. They obviously came to defend really and it was hard to break them down, but we created chances. Obviously we got the set-piece goal quite early on which helped us, scored a few that were ruled out in the first half and then should have finished the game off early in the second half. We were all over them for 10 minutes, they couldn’t get out, and obviously we’re disappointed with that because putting it to bed earlier then you’re not nervous near the end of the game. That’s something that we obviously need to improve on a little bit.

Stopping you and Andy Robertson seemed to be a big part of United’s game plan, so how difficult was it out there for you?

I think they kind of have a formula against us that they stick to, kind of playing five at the back, and that probably worked well for them at Old Trafford earlier in the season. They’ve stuck to that and it was difficult again today to get that room going forward because someone’s kind of man-marking you, but we were still able to create chances, get forward and try to impact the game. Obviously when you’ve got two centre-halves like that behind you, you’re able to have that licence to go forward a little bit more because you know that they’ll cover you. We obviously adapted in the game well and created chances and then like I said, in the second half we should’ve finished our chances a bit more. 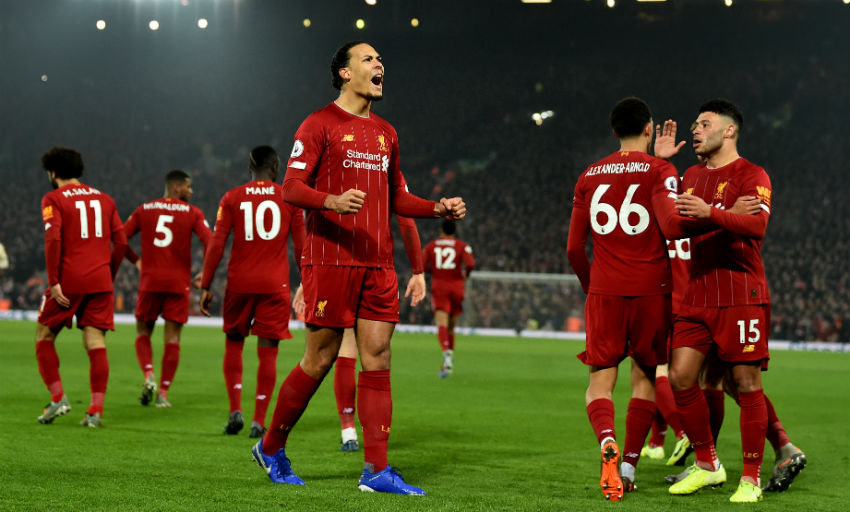 Having Van Dijk’s threat from set-pieces is a priceless weapon for this team, isn’t it?

Yeah, he’s probably one of the, if not the, most prolific centre-halves in the league and to have someone like that, who is going into the box and putting his head on the end of things is fantastic. I think he’s showed that he’s probably the best centre-half in the world over the last 18 months and he showed that again today. His defensive work probably goes a bit unnoticed because we’re so used to seeing it but you can’t take it for granted – he’s always there in the right places, the amount of headers he was getting out the box for us, winning headers off corners, is priceless for us.

The start to the second half was relentless from Liverpool, was the message at the break to keep putting the pressure on?

When you’re 1-0 up at half-time you don’t want to come out and sit back and absorb pressure, you want to get that second goal. It’s probably the most important goal that you can score, that second goal to ease the nerves a little bit and give yourself a little bit more of a gap. We weren’t able to do that but we’ve showed over the course of the season, we showed it last week again at Tottenham that we were able to get a 1-0 win, to hang in there at the very last minutes. We did that again today, we got the goal at the very end which was the difference, but the two games weren’t too dissimilar.

How did it feel after Salah’s goal, to know you’d clinched the three points?

I think it was well deserved from us. They never had many clear-cut chances, we should have scored more than two goals but to get that goal at the end was the icing on the cake really – especially the fashion we did it in, Ali getting the assist which is unbelievable. There’s comparisons with one we scored [against United] about 10 years ago and then he’s ran up and celebrated like Pepe Reina did! So yeah, it was a good way to end the game.

You need 30 more points to be guaranteed the title…

In the changing rooms we’re not talking about it like that. We’ve still got 16 games left so it’s not a matter of crossing the line, if and when that happens, it’s about pushing to the very end and going to the very last game and seeing what we can do. Obviously we’re in a really solid position with the teams around us dropping a few points over the course of the weekend but we know there is still a long way to go - ‘anything can happen’ as the old cliche goes, but in the dressing room we’re all focused on the next game and we know that we’ve got a difficult midweek game coming up against Wolves.

Inside Anfield: Behind the scenes of Reds' resounding win over Man Utd

Jürgen Klopp on Liverpool 4-0 United: 'A perfect night we don't take for granted'