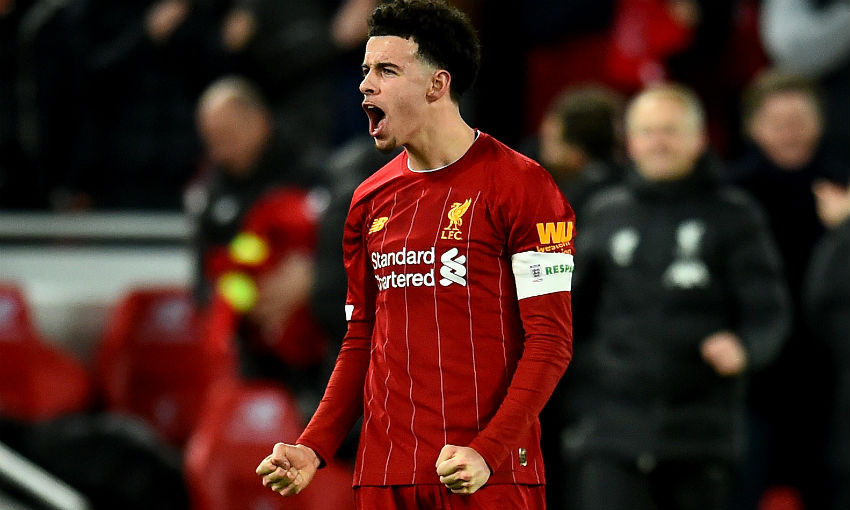 The Scouser led Neil Critchley’s youthful side - which had the lowest average age in the club’s history - to a 1-0 victory in the fourth-round replay at a sold-out Anfield, with Ro-Shaun Williams’ 75th-minute own goal proving the difference.

Liverpool will now travel to Chelsea in round five.

At the age of just 19 years and five days, Jones broke Alex Raisbeck’s 120-year-old record to become the Reds’ youngest skipper - and duly spoke of his elation at doing so.

“It’s an amazing feeling,” the Academy graduate told Liverpoolfc.com of the win.

“The boys, the coaches, the staff that have trained all week have been absolutely unbelievable and it’s a proud moment for me to be the youngest player to captain the Reds. I’m happy that we topped it off with a win for our great fans.”

Read on for more from Jones’ post-match interview…

You dominated the ball in an intense first half but didn’t score. What was the plan at half-time?

I think just to stay the same way, really. As you could see in the game, I think they knew that we were good enough to pick them off if they went and pressed and at the same time if they dropped off we were able to create something as well. So I think in the second half we just kept the same plan and it worked. Yeah, it was a lucky goal but we deserve it definitely.

It was a physically demanding game throughout the 90 minutes…

Yeah, they’re a League One side and we know how physical that league is. We’re young lads and we don’t really come across many teams that are as physical as that, but I think the boys showed great character, great belief and strength and togetherness in the game. It paid off well and we look forward to the next round. 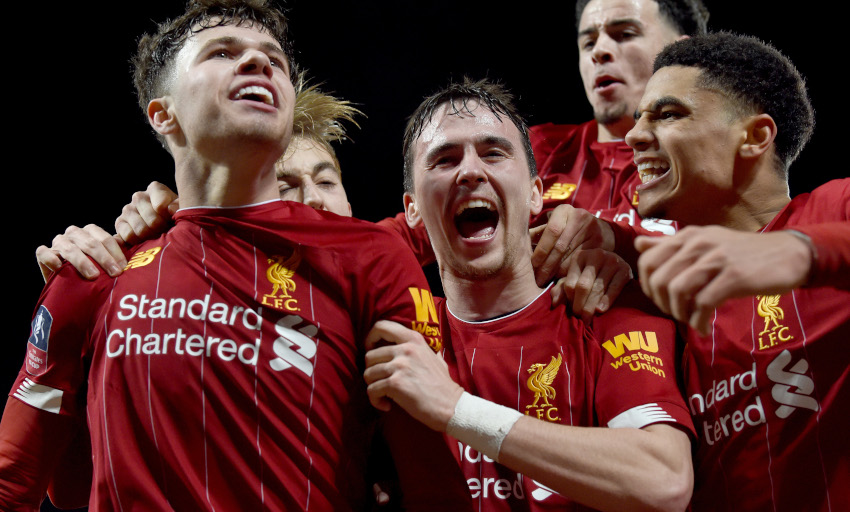 How did it feel when the goal went in and you heard that noise?

Yeah we kept the run going and it’s an amazing feeling. I think a few of the boys who are on their break now will have been hoping and praying that we kept it going and we did. We’ve got Chelsea next and I think a lot of the boys have given the manager a problem to pick a side really. I think all the boys put in a great shift and showed character, belief and everything that the manager looks for in his players. So we look forward to the next round and hopefully it’s another win and we’ll just see how it goes from there.