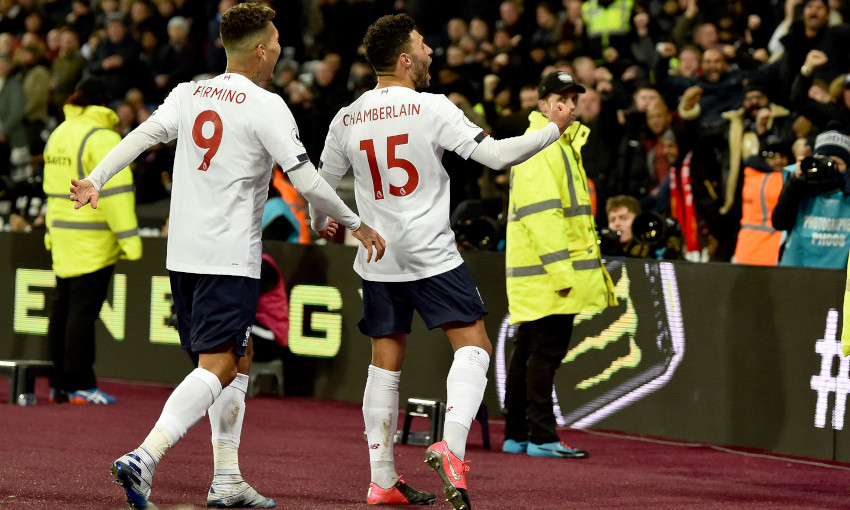 Mohamed Salah and Alex Oxlade-Chamberlain netted in either half to give Liverpool a 2-0 victory at West Ham United.

Salah crashed home a spot-kick and later produced an exquisite assist for Oxlade-Chamberlain to sweep in a clinching second at London Stadium.

The result, coming in a game postponed by a month due to participation at the FIFA Club World Cup, stretched Liverpool's winning streak in the Premier League to 15 matches.

See the highlights of the clash below as our Replayed series on YouTube recaps every 2019-20 league fixture each weekday.