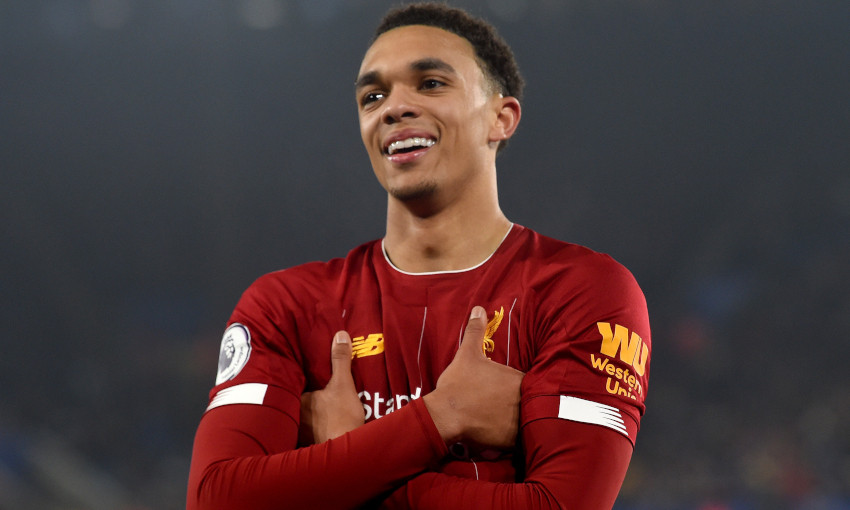 Trent Alexander-Arnold's display at Leicester City in December was a standout occasion for the Liverpool full-back.

That’s the view of former Reds defender Stephen Warnock, who selected Alexander-Arnold’s performance at King Power Stadium as one of his moments of the season so far.

The No.66 created two goals and then slotted home the fourth in a 4-0 win that night as Liverpool, fresh from becoming world champions, emphatically strengthened their grip at the top of the Premier League.

Speaking on new LFCTV discussion show Legends in Lockdown, Warnock identified the match as a point when Alexander-Arnold moved up another level in his rapid progress.

Watch: Legends in Lockdown with McAteer, Mellor, Heskey and Warnock

“I thought Liverpool just dominated the game. It was one of those games where everyone was looking at it as a potential banana skin, going to Leicester, a difficult game,” he said.

“But Trent in that game especially was just unplayable, everything he did was incredible.

“When he stepped onto that ball [for his goal] I’m thinking, ‘Take a touch, take it further into the box.’ But such was his confidence and the way he was, the strike was just magnificent.

“It sort of showed how far he has come as a player as well; it wasn’t just a moment for Liverpool, it was a moment for Trent as well. For everyone to sit up and realise how much quality he actually possesses.

“That was another moment in the season where everyone looked, they had gone to Leicester and destroyed them. Leicester were second in the league at the time and everyone thought if Leicester were to win the game or draw, it would draw people back in.

“It was the best display of the season, for me.”

Watch Legends in Lockdown and much more on LFCTV GO now. Sign up for a one-month free trial and enjoy a wide range of content on demand, on any device. You can also cancel at any time.