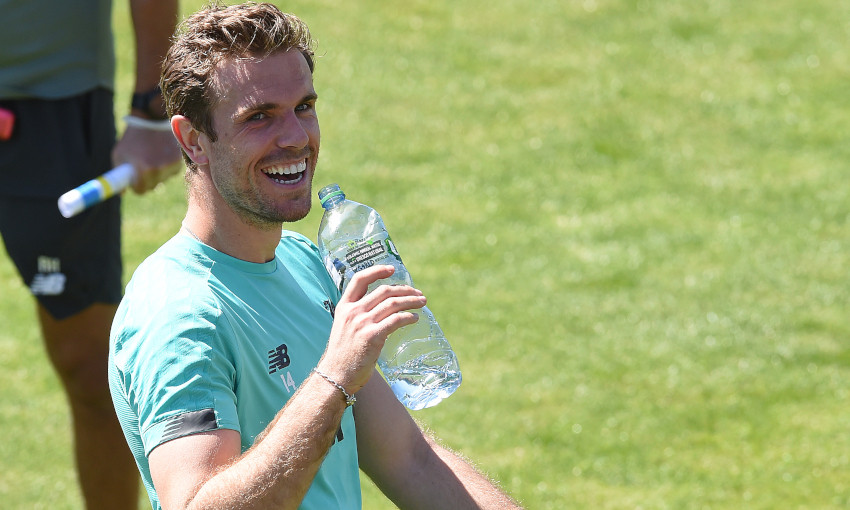 Watch now: Inside Training as the Reds return to Melwood

Jordan Henderson senses Liverpool’s collective determination to ensure they’re in the best physical shape possible ahead of a return to action when safe to do so.

The Reds have begun work in small groups at Melwood this week as part of phase one of the Premier League’s Return to Training protocol.

It’s consisted of staggered sessions with strict social distancing measures in place as the squad aim to build up fitness following the suspension of football due to the COVID-19 pandemic.

And Henderson feels Liverpool’s performances in 2019-20 so far have provided an added motivation within the squad to make certain they are as best prepared as they can be for a comeback on the pitch in the future.

Read or watch our exclusive chat with the captain now…

What’s it like to be back? I imagine very good but also a bit strange at the same time – Melwood but not as you know it…

Is it a case of when you’re away from something for so long, you realise how much you miss it?

Definitely, definitely. You miss a lot of things; you miss just playing football, but you miss coming in and seeing the lads, having a bit of banter in the changing room and just everything about it – seeing the staff and people at Melwood. You do miss it quite a bit, so to get the ball rolling again and start to come back in has been big for all of us.

Is there a need to get that little bit of a step up to raise the sharpness as time goes on?

You need to keep the fitness levels as high as you can, and we were given a programme from the club to do, which was really helpful for us to try to keep some sort of general fitness up so when we do come back in we’re at a good enough level to start doing the twisting and turning, the longer passing back into it. That’s been really good for us and I think a lot of the lads will be at a decent level of fitness so when the time does come where we need to play games, I am sure we will be ready.

I’m guessing injuries aside, this must be the longest you’ve ever gone without playing some sort of game since you were a kid?

Yeah, probably. It’s been a long time, or at least it’s felt like a long time. It has been a pretty long time but like I said, really we’ve been doing quite a bit of training to keep the fitness levels up. Obviously it was a little bit difficult not knowing when you’re going to go back, so you need to tailor it as best you can, which the fitness staff have done unbelievably well for us. We’re in a good enough position now to start getting going again, getting the balls out and introducing longer passing and getting the sharpness back, which hopefully won’t take too long and we’ll be right back at it again.

The strength and conditioning guys look after things from a physical point of view, but is there a role for you as captain in terms of keeping a check on everyone mentally? Lockdown is difficult for everyone, whether you’ve got your family with you or you live on your own…

I think there has been a lot of contact between ourselves as players, but also as staff as well. We’ve been doing live sessions online to keep things going and also having a little bit of banter, which is always also important. That’s been really good, the lads have been brilliant. It’s been difficult for a lot of them I am sure, especially the ones who are living on their own, but they’ve had full support from the players and the club, which I am sure has helped them and is really important during a time like this.

You're always focused on the next game, but during lockdown have you had a chance to look back at the season so far?

You do reflect a lot more and look back at things, especially with the time we’ve been sort of off. I haven’t so much looked forward, I’ve actually looked back a little bit more in terms of the season and actually what we’ve achieved so far is incredible really, as a team. It’s more about using that as motivation within training to keep going, because when the time comes we want to make sure we’re in the best shape we possibly can be to finish off as good as we have been for all season really. We want to make sure that when the time is right and we do start playing games again, we pick up where we left off and continue to perform at the highest level, which, looking back, has been incredible for a long period of time.

No matter what happens up to this point, I think everybody I’m sure would agree that it’s been an incredible season so far and how we perform each and every game – bar maybe one or two – the levels of performance have been so high and so good in different ways throughout the season. It has been unbelievable, so I think that’ll never obviously change. That’s happened and whatever happens going forward, we’ll just want to be in the best position for when football does return, in terms of games, that we’re in the best possible place to go out there and perform at that same level and continue to do what we had done for a long period of time now. 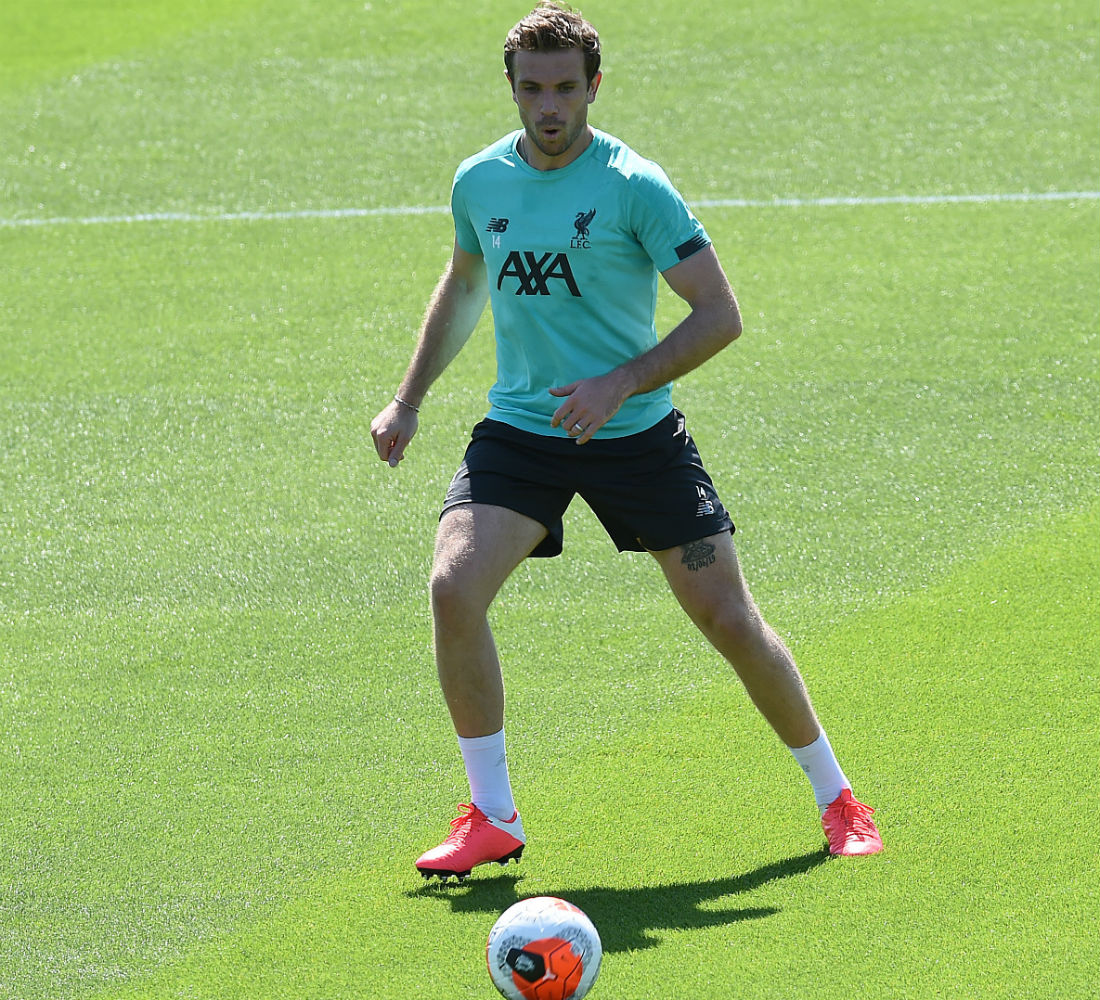 Did you watch any of the Bundesliga last weekend and how did you view it from that perspective of watching league football but with no crowd?

Of course it’s going to be different. I’ve played in a game not so long ago behind closed doors [for England] and it is very different. Fans make such a big difference in football and we all know how important they are. When I watched the Dortmund game, the first one, I thought the level was pretty good. It was nice to just watch pure football and not have any distractions. It was just all about the football really. It was quite good to watch and I thought, like I said, the intensity levels looked good. But of course it’s always going to be strange because fans are a massive part of football and it is different without them. I’m pretty sure we all want them back in the stadiums as soon as possible whenever it’s safe for them to come back. But until then, I think we need to try to adapt and make the best of the situation. Even if we are playing for a long period without fans, then we need to be at the same intensity levels and perform at the same level because that’s what we’re here to do – perform and win games. For the fans to be able to watch that on the telly, I’m sure it’ll make them happy also.

It is totally different, especially maybe when the ball goes out and things like that. There’s no atmosphere, so it is a little bit strange. But ultimately, when you’re on the pitch, you’re there to play a football game and you do everything you can and your focus is to go out there and perform at the highest level to go and win the game. That’s ultimately what your focus is on, so you adapt to the situation. Again, in an ideal world, of course we want fans back in as soon as possible – but only when it’s safe for them to do that. Until then, we’ve just got to adapt and give everything we can to keep playing football.