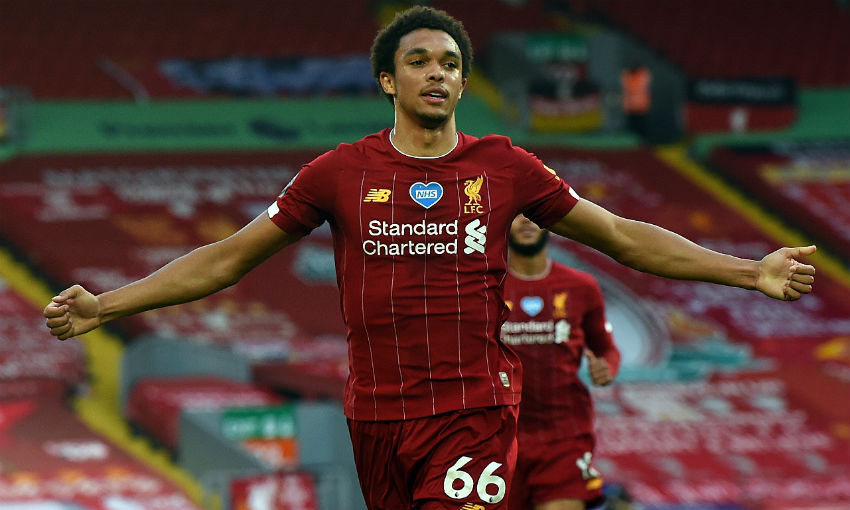 Trent Alexander-Arnold revelled in a performance he considers among Liverpool’s finest of the season following Wednesday’s 4-0 rout of Crystal Palace.

The Reds relentlessly overpowered their visitors at Anfield, with Alexander-Arnold opening the scoring via a sublime free-kick midway through the first half before Mohamed Salah, Fabinho and Sadio Mane also got on the scoresheet.

It has, of course, been a campaign of many highs for Jürgen Klopp’s side.

But Alexander-Arnold feels their latest display, which takes them to the brink of sealing the Premier League title, belongs towards the top of a lengthy list.

“[It was] One of our best performances of the season by far. I think as a team, and obviously the manager, the fans will all be over the moon with that,” the right-back told Liverpoolfc.com.

Wednesday’s meeting with the Eagles was Liverpool’s second match since the resumption of the top-flight season, following last weekend’s goalless draw with Everton.

“The intensity and the fluency in our game we know as a team that it wasn’t there [during the Merseyside derby],” Alexander-Arnold acknowledged.

“The rhythm wasn’t there and we are not going to sit here as a team and blame it on not playing for so many weeks, but that is obviously a factor.

“But we showed tonight that we can get back into our rhythm and putting in a performance like this is something to be proud of. I think we’ve sent a bit of a statement - the quality of the performance behind closed doors is probably one of the best that people have ever seen.

“We spoke before the game that they [Palace] had won four on the bounce before and after the lockdown. They were in good form and we knew it was going to be difficult, but I think as a team we showed the quality that we’ve got and obviously with the subs coming on as well everyone involved, it’s hard to point out what went wrong.

“Maybe [we could have] scored a few more? Who knows, but we’ve got to be proud of what we did tonight and now focus on the next game.” 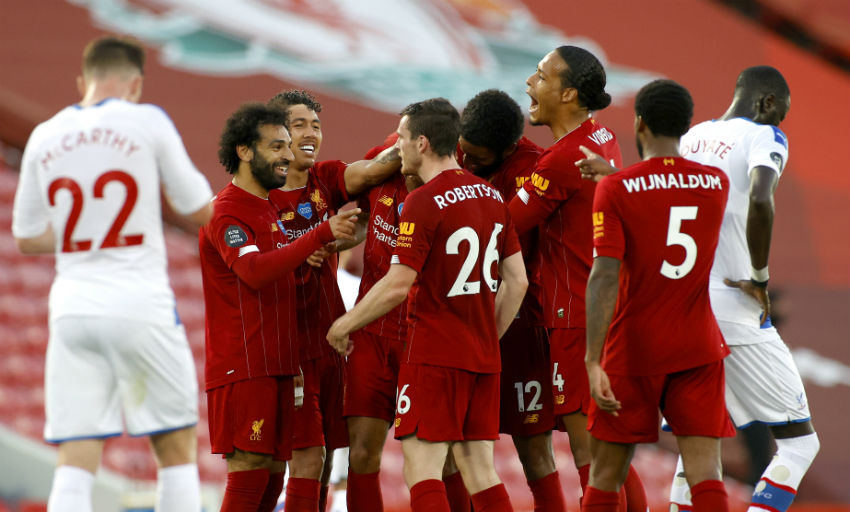 On whether he knew his wonderful set-piece was on its way in as soon as it left his foot, the smiling No.66 admitted: “Obviously without sounding too overly confident, a little bit. I think you know and you know when you’ve struck it well and it’s got a good chance.

“Obviously you try and raise your head up as soon as possible and try and see if the ‘keeper can get there or if the wall can block it.

“I had a couple on Sunday that I probably should have done a bit better with, the second one I had was similar to today but the wall got a flick on it. It was just about repeating that and yeah, I was happy with the way I struck it and happy to be involved in the goals again.”