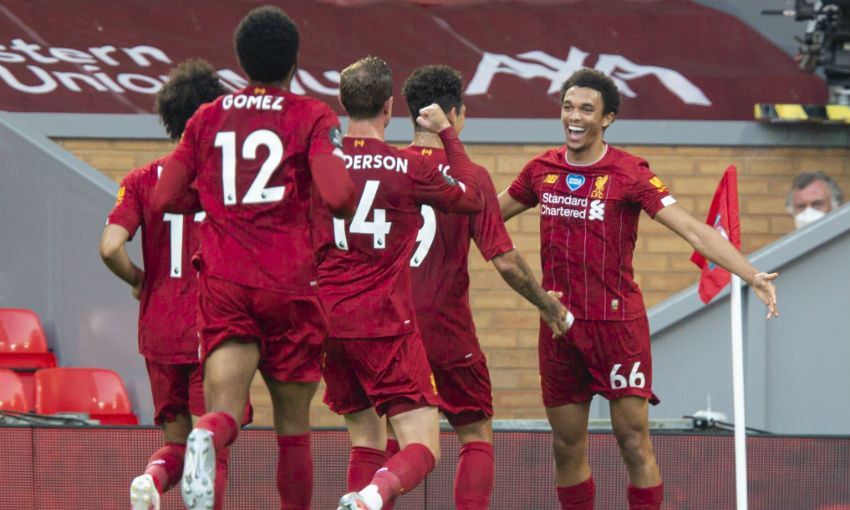 Inside Anfield: Behind the scenes of Liverpool 4-0 Palace

The Liverpool squad have been attempting to put their emotions into words after being crowned Premier League champions.

Jürgen Klopp's side have ended a 30-year wait for the Reds to secure the top-flight crown, achieving the feat with seven games remaining in the season.

The title was secured after Manchester City suffered defeat away at Chelsea on Thursday night, leading to emotional and jubilant celebrations among the team.

Check out what the players made of the historic moment below...

"We probably thought as a team we would be able to do it ourselves, but we don’t really care how we did it at the end of the day. We are Premier League champions and we are proud of that.

"Obviously things are not as we imagined probably a few months ago or even a year ago how we imagined to win the Premier League, but we are not going to complain and make a fuss of. It’s something we’ve always dreamed of. As fans I think it’s something that will always be remembered."

"As a squad we're so close. We love coming in to training every single day. If somebody is having a bad game, we dig them out of a hole and we stick together on the pitch, we stick together off the pitch – that's why this squad is so special. I love being a part of it.

"We're all kind of brothers and we have a dad figure in the gaffer and he's the one that leads us in the right direction. Him and his staff have been second to none, to be fair, since I've came here. This season they've been excellent to us going, keep us hungry, keep us motivated.

"Motivation has never been a struggle. As players we've always been hungry and we always wanted to win trophies for this club. Luckily, we're now showing that in the last 12 months."

“And I’m really happy that this time we can give this title to the supporters because they have waited so long for this title. The supporters were so loyal during the years since I’m here and even before I came here.

"It is amazing. I didn't want to talk about it until this moment. I'm so happy for all the boys. I'm just a bit overwhelmed and it's an amazing feeling. I'm so proud of what we have achieved.

"There was a lot of emotion and it was a different experience watching the game, and then to be with everyone and all the staff at the final whistle. It was a moment we will never forget.

“I'm just lost for words at the minute. It hasn't really sunk in, you never really think of this end moment, you are just concentrating on each game. When this moment comes, I cannot really describe it.”