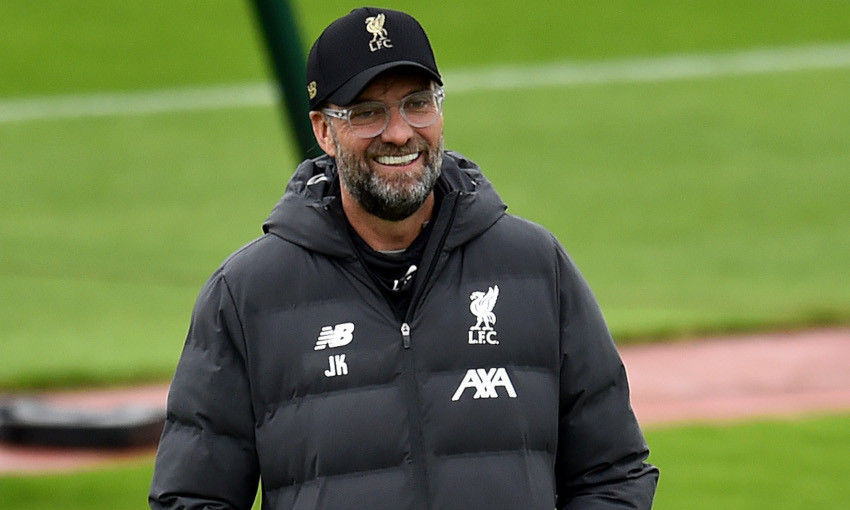 Jürgen Klopp has explained the reasoning behind his decision to make two changes to Liverpool’s starting line-up against Arsenal tonight.

The champions restore Alex Oxlade-Chamberlain and Trent Alexander-Arnold to their XI at Emirates Stadium, with Curtis Jones and Neco Williams dropping to the bench.

Speaking exclusively to Liverpoolfc.com’s all-new Match Centre, Klopp said: “I liked a lot of things in the last game and we've had one more day rest between games, which helps.

"We had really good options on the bench to change, so there’s always the chance to try to start with two or three players different from the last line-up and then you can bring them back and stuff like this. That’s one option, of course.

“We decided for this time for this option and we will start with pretty much a similar line-up [to Burnley]. We’ve made two changes – Curtis and Neco, both of the boys played brilliantly [against Burnley].

“Naby could have started easily, he is in really good shape. Ox has a dynamic we need against probably a back five.

“We need to be very lively, we should be as tuned as possible against Arsenal because protection will be essential because the counter-attacking threat is really big.

“It will be exciting. We just have to play football against a football-playing side; we will have to defend as well, but the biggest challenge will be to protect our own attacks because on the counter-attack they have an impressive set-up.”