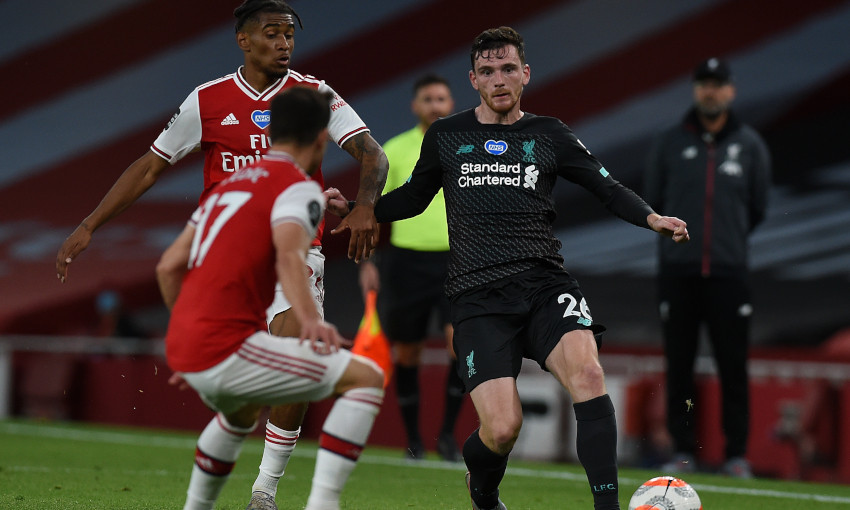 Liverpool were beaten for only the third time in the Premier League this season as Arsenal defeated the champions 2-1 at Emirates Stadium.

Sadio Mane tucked home midway through the first half to give the Reds a merited lead but that advantage would be overturned before the interval.

Alexandre Lacazette and then Reiss Nelson pounced to put the Gunners ahead and the scoreline was unchanged despite the visitors’ exertions in the second period.

Jürgen Klopp made two changes from last weekend’s draw with Burnley as Trent Alexander-Arnold and Alex Oxlade-Chamberlain, against his former club, came into the starting XI.

Mohamed Salah clocked up a 150th appearance for the Reds in all competitions.

With the Premier League title already secure – and a trophy presentation scheduled on the Kop at Anfield next Wednesday – Liverpool were again granted a guard of honour by their opponents before kick-off.

And after an opening 10 minutes of limited goalmouth action in the capital, the visitors almost got in front in unusual circumstances.

Roberto Firmino closed down Arsenal goalkeeper Emiliano Martinez as he plotted a kick downfield and the Liverpool No.9 successfully blocked the ball, sending it against the outside of the left post.

As the Reds steadily asserted a level of control on possession and territory, a sweet passing move brought them a breakthrough goal in the 20th minute.

Andy Robertson scampered forward in the left channel to collect Firmino’s threaded pass and instantly directed a gift of a cross into the middle of the Gunners penalty area.

Mane was there to meet the delivery and clinically dispatched his finish beyond Martinez from around eight yards out. It was the Senegal international’s 17th Premier League goal of the season. 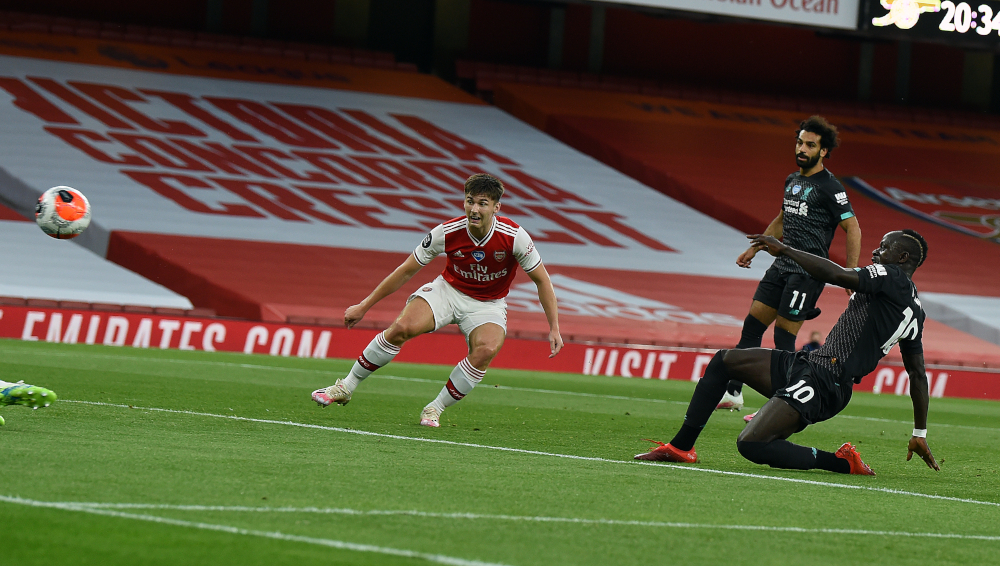 Buoyed by the opener, Liverpool maintained the pressure and looked the likelier to strike again, but instead were pegged back with 32 minutes on the clock.

Virgil van Dijk’s backpass fell short – and the defender’s appeals for a foul by Nelson were rejected – allowing Lacazette to seize on the ball, round Alisson Becker and sweep in an equaliser.

Then, a minute before half-time, Arsenal punished the Reds once more.

Alisson’s attempted pass out to the left flank was misplaced and this time Lacazette turned provider, squaring into the centre for Nelson to control and pick out the left corner and give the home side a 2-1 lead at the break.

David Luiz had already blocked a Mane shot before Salah fashioned a great opportunity to haul Liverpool back on terms within 10 minutes of the restart.

The Egyptian took in Alexander-Arnold’s low cross and deftly shuffled around Luiz’s tackle but his rising strike was tipped over the crossbar by Martinez.

As the encounter entered its final third, Klopp opted for a double substitution – Naby Keita and Takumi Minamino replaced Firmino and Oxlade-Chamberlain.

Minamino was involved immediately after his introduction and dragged a presentable chance wide of the far post when he intelligently turned into space along the left side of the box.

Klopp’s men were camped in the Arsenal half and claimed more than 90 per cent of possession at one stage of the second period, but were missing the final touch they needed.

Their next opening came to Salah, picked out by Mane’s excellent lofted cross left to right, but the forward’s downward header was too close to Martinez.

Divock Origi and Xherdan Shaqiri were deployed from the bench with eight minutes to go, and Mane nudged wide of the near post from the angle as time ticked away.

And the equaliser did not materialise for the Premier League champions, who remain on 93 points with two matches remaining this season.