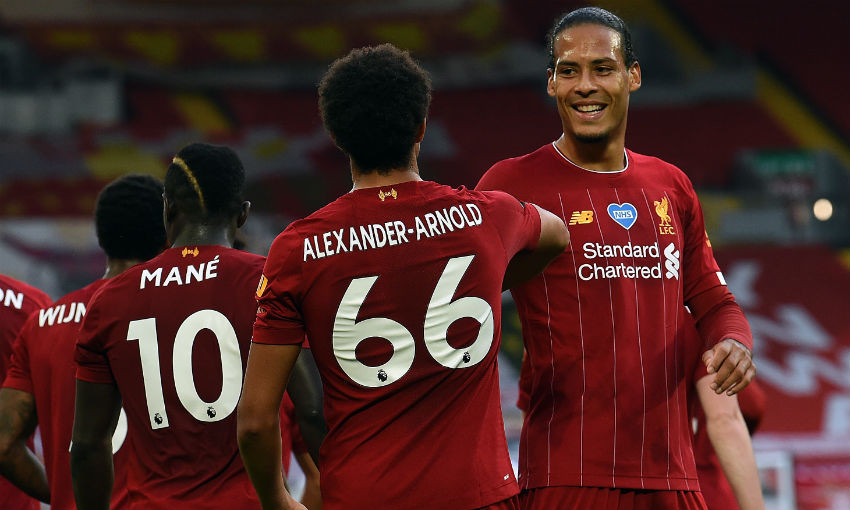 Trent Alexander-Arnold, Sadio Mane and Virgil van Dijk have each received nominations for the 2019-20 PFA Premier League Fans' Player of the Year award.

The trio – who were integral figures as Liverpool secured the top-flight title with a club-record points haul – make up half of the six-man shortlist.

They will battle Jamie Vardy of Leicester City and Manchester City duo Raheem Sterling and Kevin De Bruyne for the accolade, which is decided by votes from supporters.

Van Dijk and Alexander-Arnold were ever-present for the Reds during the past league campaign, with the latter also delivering a record-breaking 13 assists from right-back.

You can cast your vote below or by clicking here...