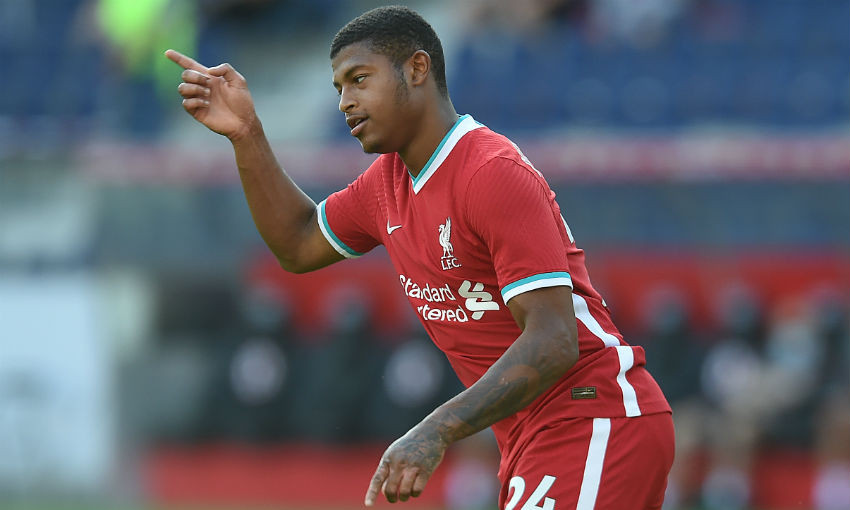 Jordan Henderson: If we want to be the best, we have to keep going

Rhian Brewster’s impressive pre-season form has come as no surprise to Georginio Wijnaldum.

The 20-year-old striker took his tally to three goals in two friendly matches by coming off the bench to score a stylish double that earned Liverpool a 2-2 draw with Salzburg on Tuesday.

Brewster has picked up where he left off following a fruitful loan spell with Swansea City last season - during which he netted 11 times in 22 appearances for the Championship club - and Wijnaldum has explained why expects such performances from his teammate.

“I’m not ‘impressed’, because I know already which kind of quality he has,” the midfielder told Liverpoolfc.com, when asked to sum up Brewster’s pre-season so far.

“We trained together for a few years and he showed also in training that his finishing is unbelievable, so I’m not really impressed!”

Jürgen Klopp introduced Brewster as one of several substitutes around the hour mark at Red Bull Arena, with the Reds subsequently going on to finish the game level from 2-0 down.

And Wijnaldum believes squad depth will be vital throughout what promises to be a relentless 2020-21 schedule.

The Netherlands international said: “That’s how it should be. Now we have the fixtures we all know it’s going to be a really difficult season with a lot of games, so a lot of players will play a lot of games.

“So if you have a lot of players who can bring quality to the pitch, it makes it even better for the team. We are really happy that the guys who came in, the young players, made the difference today.”

The friendly against Salzburg brought the Premier League champions’ pre-season training camp to a close and Wijnaldum considers their time in Austria to have been beneficial.

“I think every training camp is a good one, I think especially now because we only had a little bit more than two weeks to prepare for the Community Shield,” the No.5 continued.

“It is always good if you have good preparation in pre-season because this is basically the pre-season for the start of the season. It went quite well, we had to deal with some circumstances but also that we did good, so it was a good training camp.”

Reds wrap up pre-season games with Anfield win over Osasuna