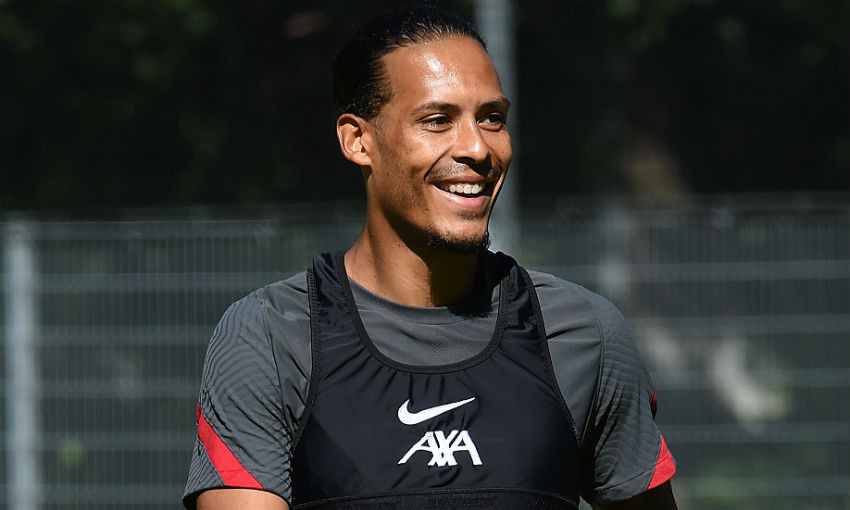 The centre-back was forced off during the second half of the Reds’ friendly against Salzburg in midweek, but is fit for Saturday’s game at Wembley.

“Virgil looks fine, he looks not good because he has the cut there, but apart from that it should be fine,” Jürgen Klopp said on Friday.

Trent Alexander-Arnold, meanwhile, missed the Premier League champions’ pre-season training camp in Austria but may be in contention to face Mikel Arteta’s team.

Klopp described the right-back as being ‘very close’ in terms of his condition while providing a general fitness overview of his squad.

The boss stated: “All the boys which were not involved so far or got slight knocks in pre-season will not be available for tomorrow, but [are] getting closer, really closer, closer and closer so hopefully the majority of them can start training completely normal after the Arsenal game, but this game is now a bit too early for them. Maybe one or two [will be] involved in the squad, we have to see.

For Arsenal, Willian and William Saliba could debut after arriving at Emirates Stadium during close-season.

“I don’t know. We’ll make the decision tomorrow on who is going to play and who is going to be involved,” Arteta told the media on Thursday, when asked if Willian and Saliba will feature.

Goalkeeper Bernd Leno is available following a knee issue, but Calum Chambers, Pablo Mari, Gabriel Martinelli and Shkodran Mustafi are all ruled out.

On the shape of his squad in general ahead of the match, Arteta stated: “We’ve had two training sessions so you can imagine that this game comes straight in the middle of our mini pre-season, but as well we haven’t had much time to lose a lot of the condition.

“Obviously it’s not an ideal moment to play in this final but the players are motivated. Obviously it’s another opportunity to win a trophy and we will go for it.”