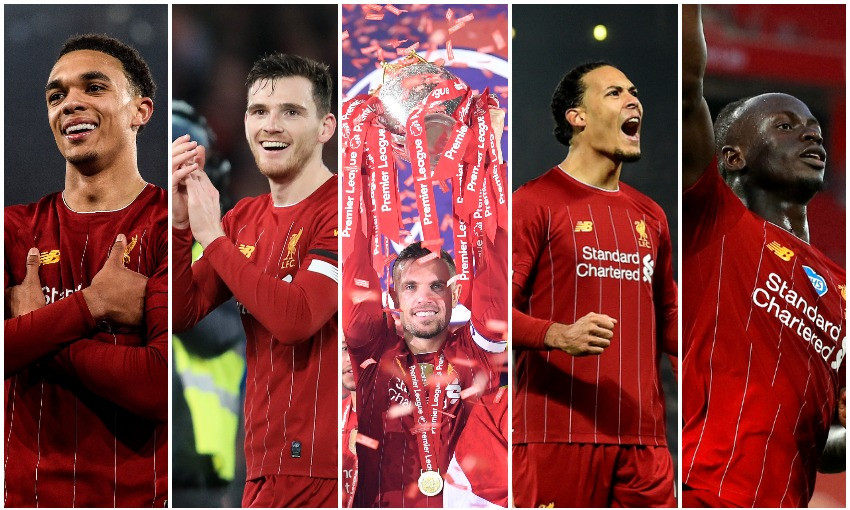 Five Liverpool players were tonight named in the PFA Premier League Team of the Year for 2019-20.

Trent Alexander-Arnold, Jordan Henderson, Sadio Mane, Andy Robertson and Virgil van Dijk each claimed a place in the XI, which was voted for by their fellow professionals across the country.

Their selection comes after they helped the Reds end a 30-year wait to clinch the top-flight title with a club-record total of 99 points last season.

It is the second successive year that Alexander-Arnold, Mane, Robertson and Van Dijk have earned spots in the Team of the Year, with Henderson a new representative from the club after captaining Liverpool to the championship.