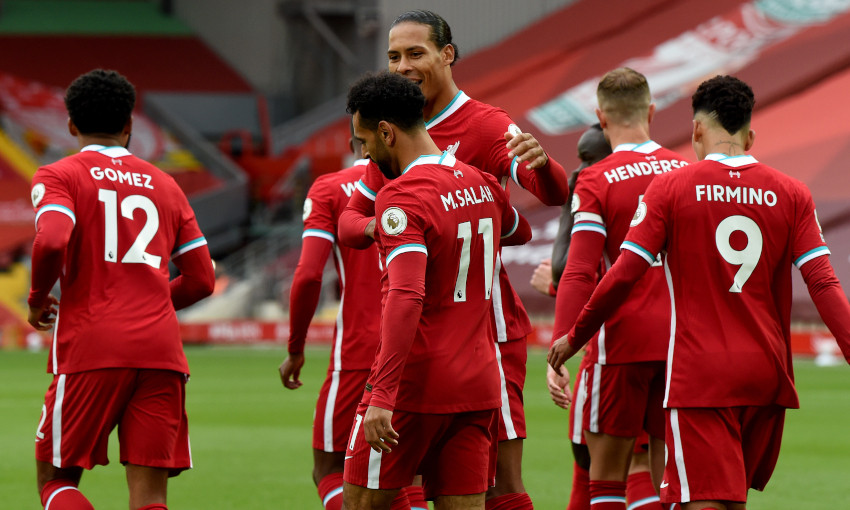 Mohamed Salah's hat-trick handed Liverpool a winning start to the new Premier League season as they edged a thrilling clash with newly-promoted Leeds United 4-3 at Anfield.

Five of the goals came during an open, topsy-turvy first half, with the Reds going ahead three times – twice through Salah and once Virgil van Dijk – sandwiching responses by Jack Harrison and Patrick Bamford.

Mateusz Klich restored parity for a third time after the break, but the hosts won a second penalty of the game with two minutes remaining and Salah guided it home to ensure a hard-fought victory on the opening day.

It was a 60th consecutive home league game unbeaten for Jürgen Klopp’s team, who kicked off their defence of the title in dramatic fashion.

Trent Alexander-Arnold and Jordan Henderson came into the starting XI after their returns from injuries, while Naby Keita got the nod in central midfield.

Reigning champions Liverpool started with intent and the contest was only two minutes old when Keita fashioned a clear-cut opportunity.

Having carried the ball to the edge of the Leeds box, the No.8 slipped a cute pass around Pascal Struijk and into the run of Roberto Firmino, who unselfishly tried to pull it back into the middle for a teammate but allowed the visitors to clear.

The breakthrough arrived within seconds, however.

Salah’s blasted effort inside the area struck the arm of Robin Koch and the referee immediately awarded a penalty that the Egyptian unerringly walloped down the middle to put the Reds in front. 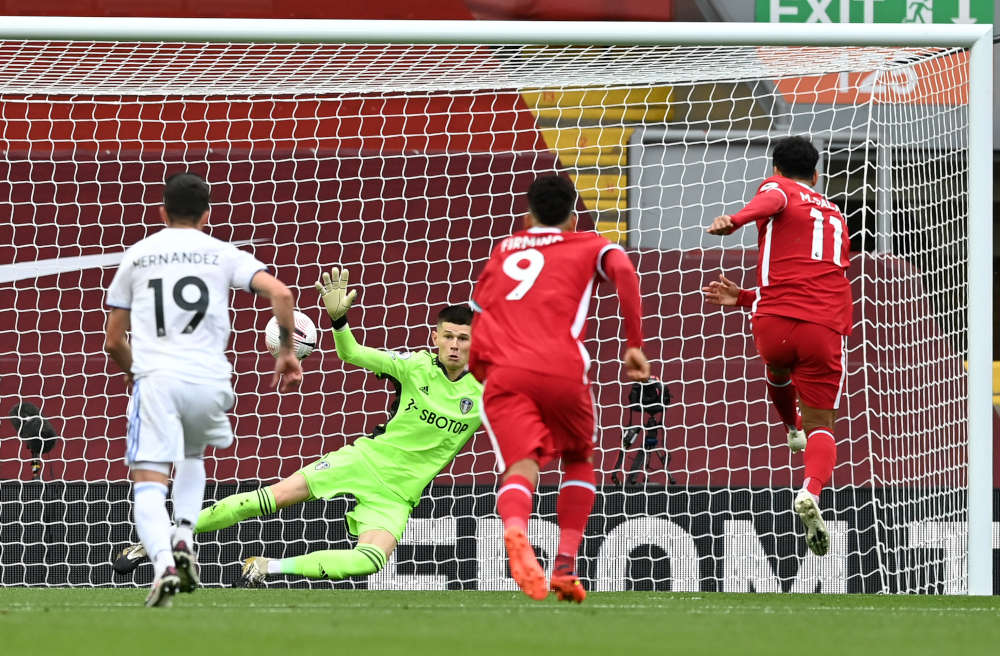 Helder Costa put the ball in the net for Leeds from an offside position on eight minutes, but they were level for real on 12.

Dribbling inside off the left touchline, Harrison ducked between Alexander-Arnold and the recovering Joe Gomez before clinically shoving a low shot inside Alisson Becker’s near post.

The early exchange of goals proved a taster of what would become an increasingly frenetic first half – and Liverpool got ahead for a second time in the 20th minute.

Robertson’s curling corner from the left-hand side picked out the run of Van Dijk and the Dutchman’s firm header could not be kept out by Leeds ‘keeper Illan Meslier. 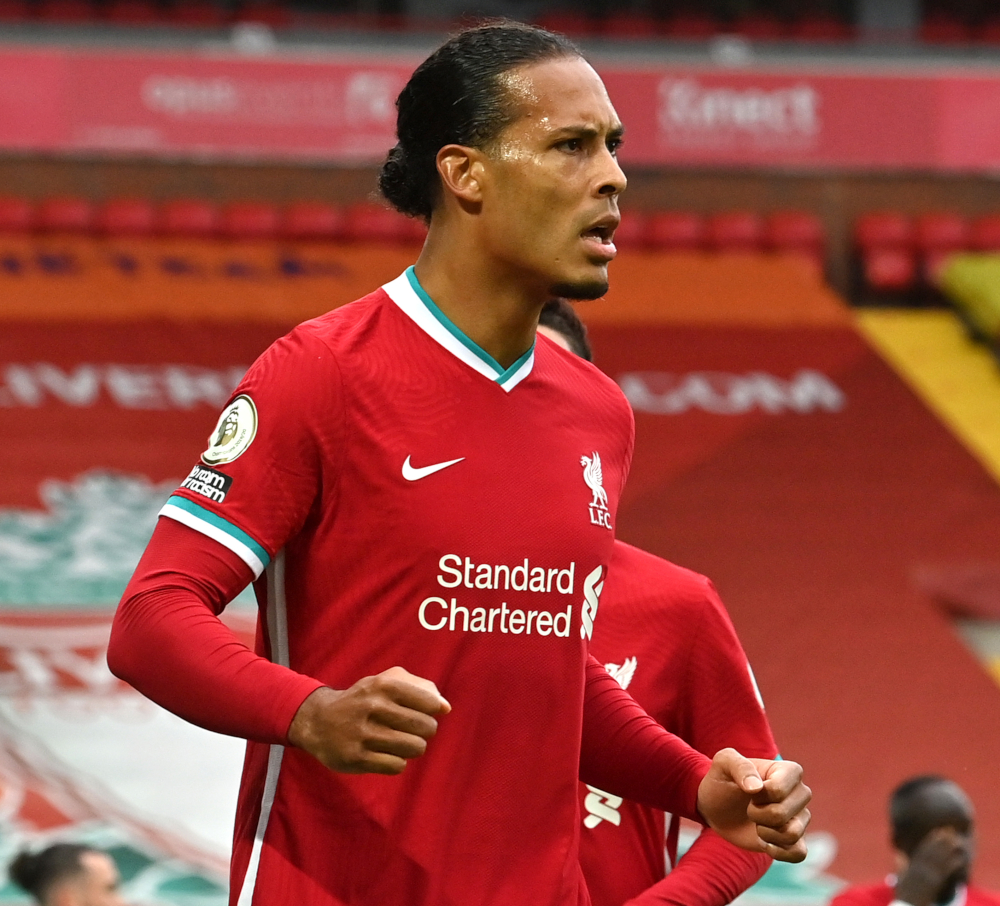 Meslier did prevent a third soon after, though, crucially reacting to tip the ball over the goalframe when Struijk’s attempted clearance somehow looped up and drifted towards the top corner.

Yet, there were still two more goals before the interval as the pattern continued.

On the half-hour mark, a ball over the top of the Liverpool defence created hesitancy and Van Dijk’s touch presented Bamford with the chance to get in between the No.4 and Alisson and tap a finish across the latter for 2-2.

But the Reds promptly regained a lead they would hold until half-time; Leeds could only partly clear a free-kick and Salah produced a stunningly graceful piece of technique, teeing himself up with his right foot and thumping a rising shot into the roof of the net with his left. 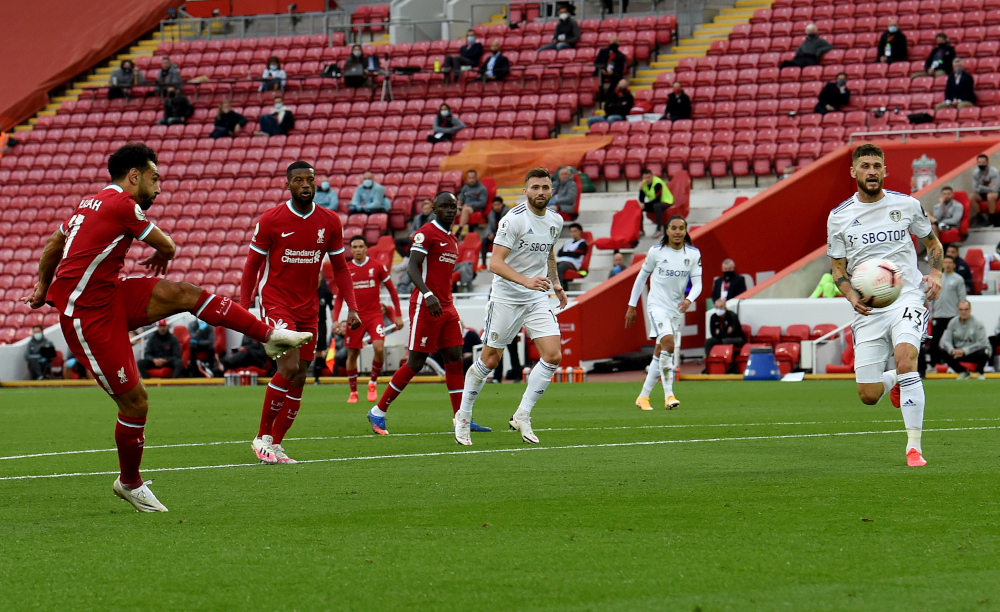 Liverpool created several promising openings when the sides returned, with Meslier called into action just four minutes after the restart.

Intricate approach work by Keita and Firmino saw the latter square from the right channel to the back post, where Georginio Wijnaldum touched and shot but was denied by the goalkeeper.

Next, Van Dijk headed just off target from Alexander-Arnold’s corner, but then the Reds had to breathe a huge sigh of relief.

Harrison broke onto a diagonal in behind the Liverpool backline from deep and deftly lifted the ball up and over Alisson towards the goal; Alexander-Arnold got to it in time, only to send his attempted header away into his own net. Fortunately, the offside flag had been raised.

As the hour mark neared, Klopp sent on Fabinho for Keita – and Curtis Jones would soon replace Henderson in central midfield, too – while Sadio Mane swept a strike too high from a breakaway with Salah.

And at the three-quarter point of the match, Leeds levelled yet again.

In possession on the right flank, Costa spotted the forward burst of Klich into the area and he emphatically controlled the pass and rifled it into the left corner.

Kalvin Phillips was close with a swerving free-kick from 25 yards that had Alisson diving with concern, and Van Dijk had a close-range finish chalked off for a foul in the build-up.

It appeared Firmino would win it for Liverpool four minutes from time but his effort inside the area was blocked, and instead Salah became the hero.

Substitute Fabinho was felled by Rodrigo Moreno as he tried to plot a route to goal and up stepped Salah to seal a hat-trick and three points for the champions.

Salah became the first Liverpool player in history to score on the opening day of a league campaign for four consecutive years, following up his goals against Watford (2017), West Ham United (2018) and Norwich City (2019).