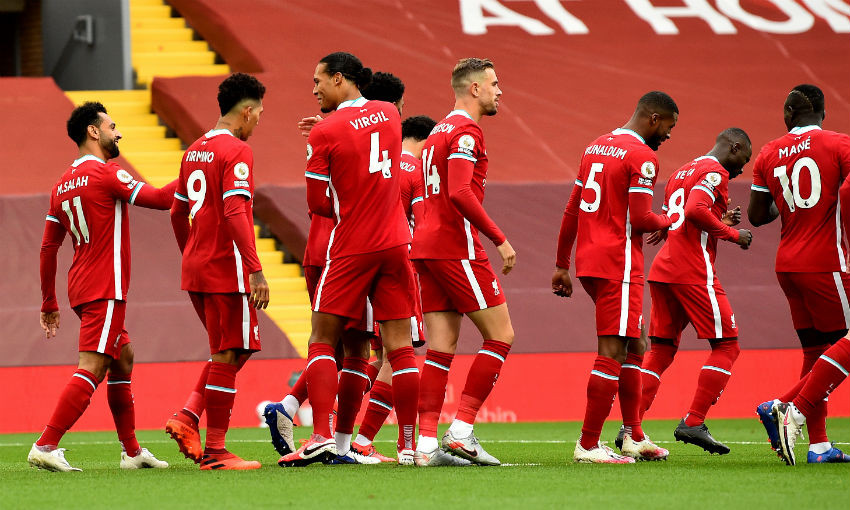 Virgil van Dijk was also on target for the Reds, whose focus now turns to next weekend’s trip to Chelsea.

That was how Jürgen Klopp described Salah after witnessing another virtuoso display from his No.11.

Salah’s treble - consisting of two clinical penalties and a ferocious left-footed drive - took his overall record for Liverpool to 97 goals in 154 appearances, while at Anfield in the Premier League, he has now scored 52 times in 63 games.

The Egyptian became the first player to net on the opening day of four successive league seasons for the Reds - and only the second to do so for any club in the Premier League, after Teddy Sheringham - and is also the first Liverpool player to register an opening-day hat-trick since John Aldridge in 1988.

“The numbers tell the story a little bit, all the rest around you probably don’t know,” Klopp explained.

“Today is a very good example. Yes, he put three more goals on his score list but the performance around was absolutely exceptional in a game like this. So he deserved the goals today, 100 per cent… because he was constantly pressing and present, caused the opponent massive problems, was top in one-on-one situations, played football.

“Of all the good performances Mo had for us obviously, this was for sure one of the better ones.”

Par for the course

The boss has now taken charge of five Premier League curtain-raisers with Liverpool - and, on each occasion, his team have scored at least three times.

Four of those matches ended in wins, too, with only a breathless 3-3 draw at Vicarage Road in 2017 preventing Klopp from boasting a flawless opening-day record. 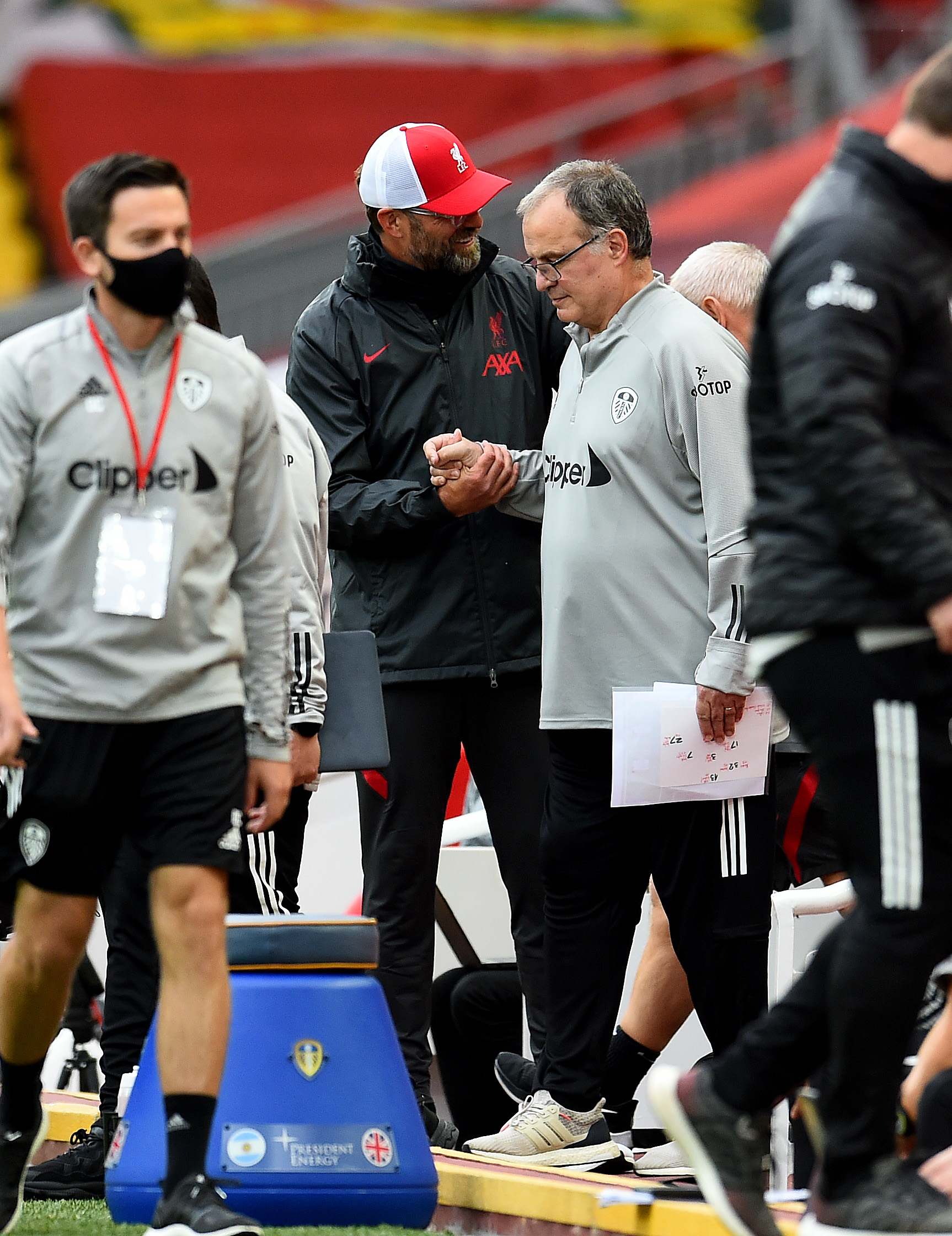 “Leeds are special. I said it before the game and in the game everybody saw it obviously,” the manager later noted in his post-match press conference.

Bielsa, meanwhile, also acknowledged the qualities of the opponent his side had just faced.

“It was a rival who made it hard to neutralise them,” stated the Argentinian.

“In the second half especially, we struggled to get the ball from defence to attack, we didn’t create danger and although the effort was very good, it wasn’t enough to play the game on even terms.

“We made a lot of effort to stop them from showing their individual brilliance, but the final analysis shows Liverpool were superior.”

It’s been nearly three-and-a-half years since Liverpool lost in the Premier League at Anfield - and Saturday’s victory extended the champions’ unbeaten home run in the top flight to 60 games (49 wins, 11 draws).

This represents just the third sequence of 60+ undefeated home matches in the history of the English top flight after the Reds’ run of 63 that ended in December 1980 and Chelsea’s 86-game string, which was halted by Xabi Alonso’s winner at Stamford Bridge in October 2008.

Van Dijk’s forceful header that put Liverpool 2-1 up was the Dutchman’s 10th Premier League goal for the club - the most of any centre-back in the division since his Reds debut.

The No.4, whose last nine top-flight strikes have been headers, led the way in terms of goals among defenders in the league last term with five and is already up and running in 2020-21.