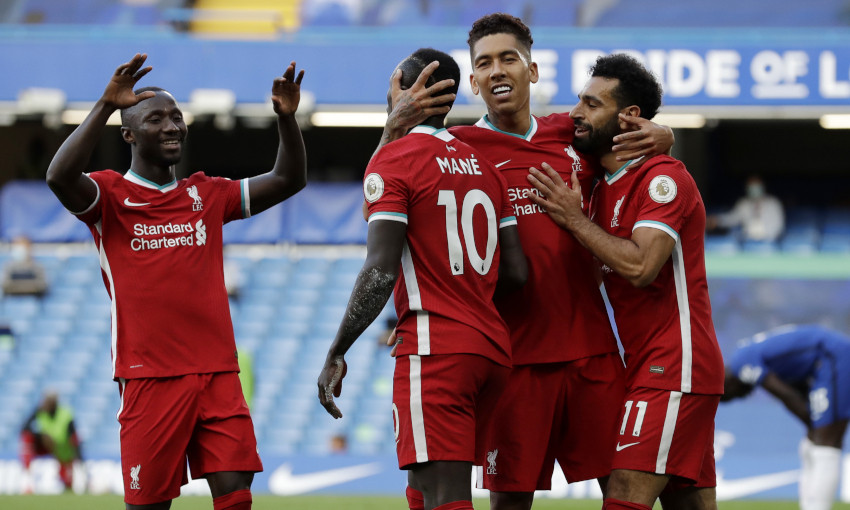 Sadio Mane scored both goals as Liverpool made it two wins out of two this season by beating 10-man Chelsea 2-0 in the Premier League at Stamford Bridge.

In the closing moments of a first half the Reds had the better of, Andreas Christensen denied Mane a clear goalscoring opportunity and was dismissed.

And Jürgen Klopp’s men quickly made their numerical advantage show on the scoreboard when the sides returned, with Mane heading in a first and pouncing on Kepa Arrizabalaga’s error for a second moments later.

Alisson Becker had to stop a Jorginho penalty 15 minutes from time to prevent any hope of a Chelsea comeback – and Liverpool eased home to maintain their winning start to 2020-21.

Klopp made one, enforced change to his XI from last weekend, with Fabinho brought in at centre-half in the absence of the injured Joe Gomez and Joel Matip.

Thiago Alcantara was among the substitutes after completing his move to Liverpool on Friday, while fellow new signing Kostas Tsimikas took a place on the bench too.

Liverpool started on the front foot in the opening 10 minutes, pressing high and enjoying greater possession, and those early stages set a tone for much of the first half at Stamford Bridge.

Their first real opportunity came from a fortuitous spin of the ball, though.

Jordan Henderson’s block challenge on Reece James in midfield sent it careering out towards Mohamed Salah on the right edge of the box and the Reds No.11 took the chance to carry it around the oncoming Kepa.

But his attempted square for Roberto Firmino to tap in from yards out was foiled by the recovering Christensen. 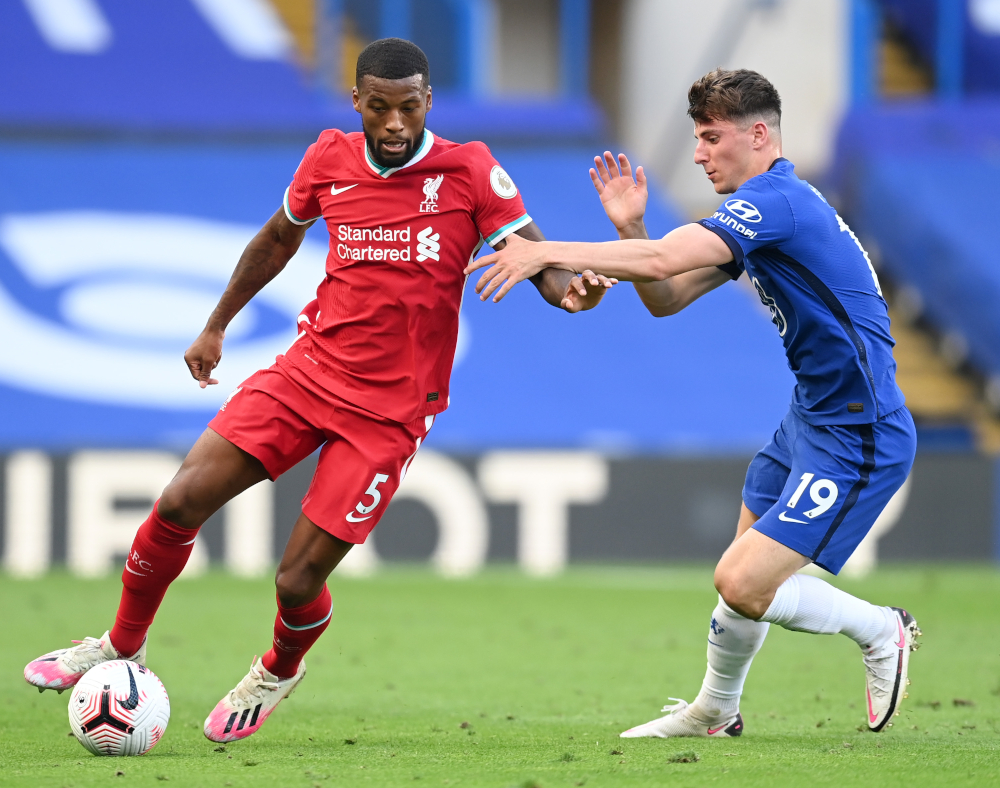 Fabinho adeptly snuffed out a threatening Timo Werner surge at the edge of the area before the Chelsea forward nudged a low, bobbling shot wide of the right post from 20 yards.

A crisp Liverpool attack that saw Trent Alexander-Arnold’s sweeping cross pick out Salah inside the box and the latter drive a pass across goal did not end with a teammate capitalising.

From a similar Henderson delivery into the left channel, Andy Robertson was in space to line up a first-time strike – but the left-back hit the ball into the ground and off target.

The half would ultimately conclude without an indent on the scoresheet but not before the complexion of the contest was altered significantly by a red card.

Collecting Alisson’s roll out, Henderson spotted – and brilliantly engineered – a straight pass over the top to marry with Mane’s run off the left, and Christensen wrestled the No.10 to the ground as he was primed to run on goal.

Having initially shown Christensen a yellow card, referee Paul Tierney reviewed the incident via VAR and judged the foul worthy of a sending-off. 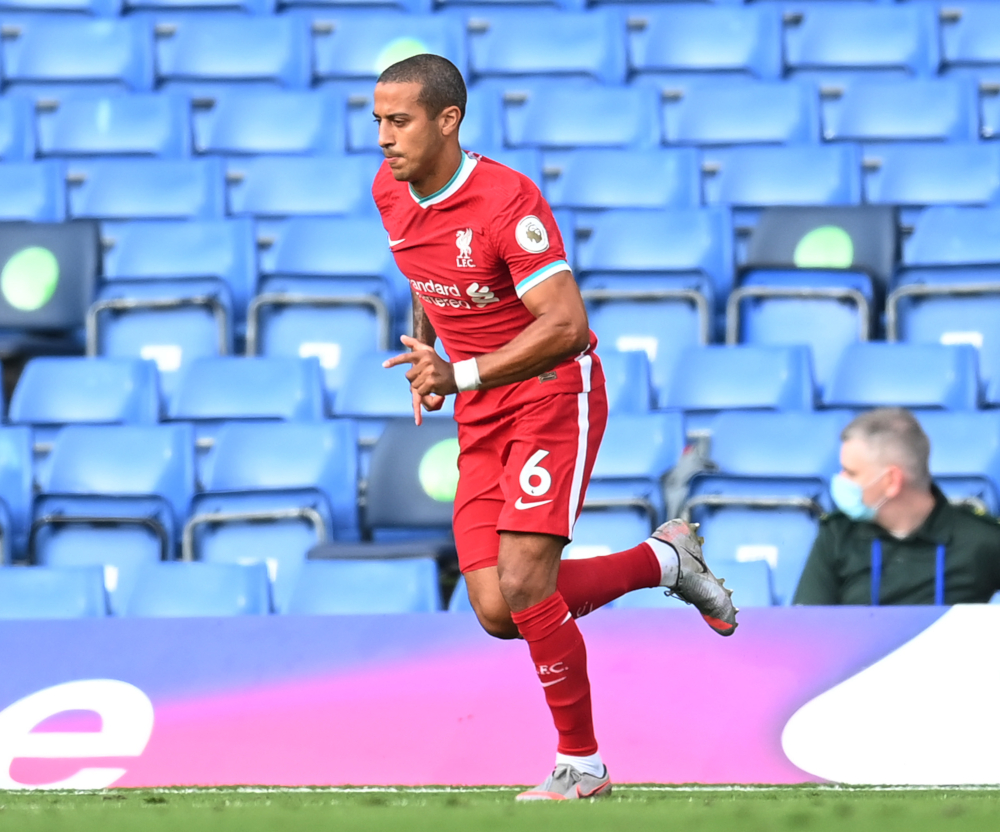 Thiago replaced Henderson at the outset of the second half, making his Liverpool debut just two days after sealing his permanent switch from Bayern Munich.

And the visitors produced the desired breakthrough within five minutes of the restart.

Lovely approach work by Firmino and Salah at the right corner of the Chelsea area released the former near the byline and his excellent cross was beautifully angled inside the left post by the head of Mane. 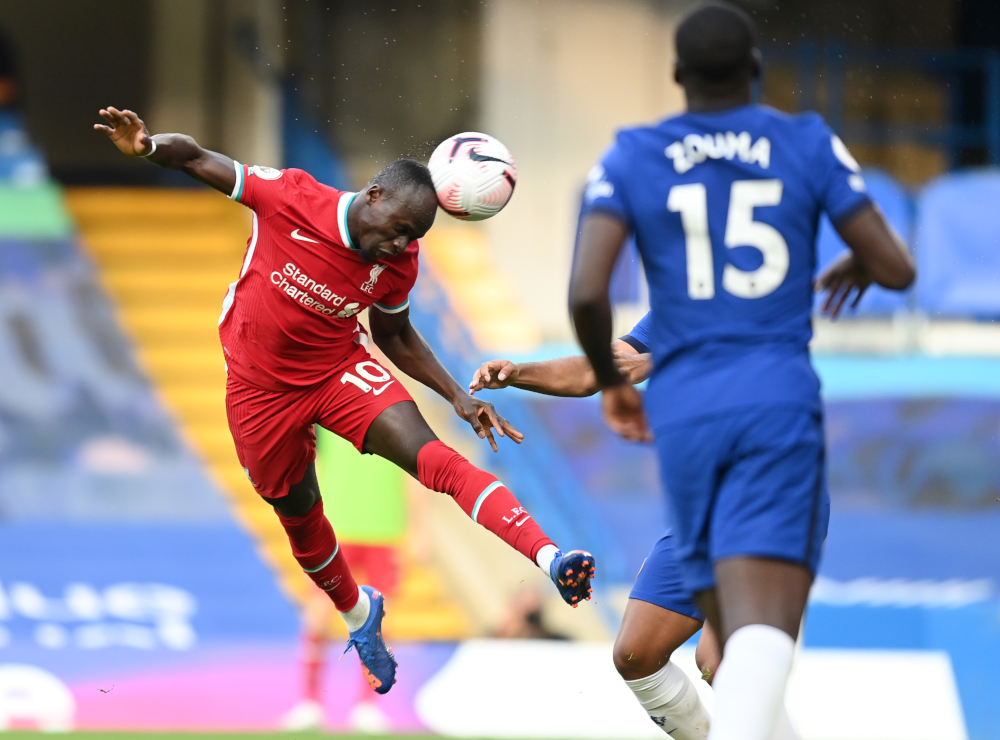 Mane’s determined closing down of Kepa reaped rewards when he managed to block the Blues goalkeeper’s attempted play out, allowing the Liverpool man to swipe home a finish on the turn.

Georginio Wijnaldum was denied a third by the feet of Kepa when he tried to rifle a low hit into the net from the right, while Mason Mount was inches over with a curler from range at the other end.

The Reds’ comfort was ruffled when Thiago was penalised for clipping Werner inside the box as the Chelsea man dribbled in off the flank, but Alisson went the correct way and palmed Jorginho’s spot-kick away.

Alisson had to repel a dangerous Tammy Abraham effort, too, but Klopp’s charges saw out the remainder to make it a maximum six points in the Premier League.