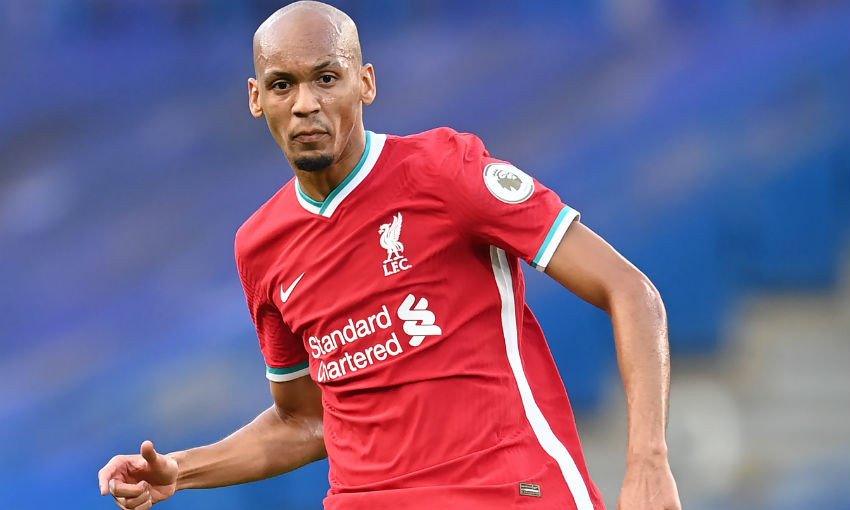 Fabinho’s character enabled him to star at centre-back during Liverpool’s 2-0 victory over Chelsea, Pepijn Lijnders believes.

With Joe Gomez and Joel Matip unavailable for last Sunday’s match at Stamford Bridge, the Brazil international was shifted from his usual midfield spot and deployed alongside Virgil van Dijk at the heart of the champions’ defence.

He duly produced a performance Van Dijk felt was worthy of the Man of the Match award - a view shared by Reds assistant manager Lijnders, who hailed Fabinho during his press conference to preview Thursday’s Carabao Cup third-round tie versus Lincoln City.

“It shows his character, that he’s always ready to help the team. Now he played as a centre-half and he sacrificed himself,” Lijnders said.

“If you saw the difference between the Leeds game and Chelsea game, I think it’s also a big compliment of our last line: the way we defended with our last line, their behaviour, their braveness about defending, how they always controlled the movements of Timo [Werner] going in behind, how we stopped counter-attacks.

“I always say avoiding goals takes 22 feet and two gloves. It means that it’s not just Fabinho who stopped the counters, it’s as a whole team we have to defend and try to avoid these things to happen.

“But Fabinho was an easy choice to be Man of the Match, in my opinion. Yes of course I like, and especially Jürgen likes, that we can play players in different positions, this versatility.

“Do we want to have Joe Gomez and Joel back? Yes please, but Fabinho can play a super game there as well, as long as we defend with the last line how we did. Otherwise it would be much more difficult for him as well.”