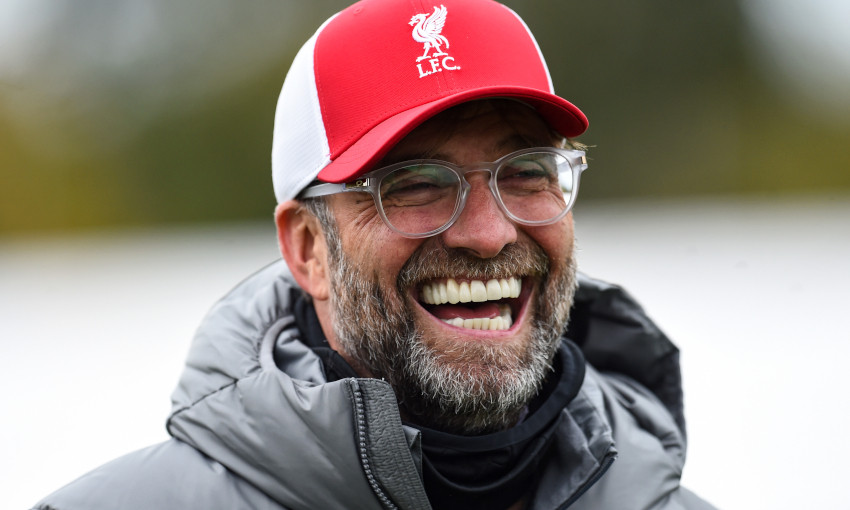 For all the success he has enjoyed with the club in recent seasons, Jürgen Klopp's most significant Liverpool moment remains his very first.

It was the call that started everything, the invitation tendered five years ago this month as he holidayed in Portugal just partway into a planned year away from football management.

One asking him to take charge of the Reds.

The rest, of course, is history. The former FSV Mainz 05 and Borussia Dortmund boss has since led Liverpool to four major trophies, including a sixth European Cup and a first league title for three decades.

As he reflected on 10 key moments along the journey from that first call to today’s fifth anniversary of his appointment to the Anfield dugout – in an exclusive extended video feature available to watch now – Klopp pointed to the initial contact and the feelings it prompted as the crucial step.

“It made all the rest happen,” he said. “I cannot forget the moment when I got the call from my agent that Liverpool is interested. And the feeling I had in that moment.

“I said it a couple of times, I was completely in a holiday mood; we were in Portugal, in Lisbon, with the family, both boys were with us. Ulla and I were sitting in an outside coffee bar.

“Actually I didn’t take a lot of phone calls in that time, it was like: ‘Come on, don’t bother me.’ But then I saw it and it was like I had a feeling it could be something interesting. So I take the phone and he tells me, and I felt the excitement inside.

“But because of all the things I said before to my family, I couldn’t immediately say: ‘Yes! Let’s do it!’ I had to ask: ‘What’s your opinion?’ I still remember both boys were like: ‘Yes!’ We look at Ulla and she looked at all three of us: ‘Oh, it looks like the holiday is over!’

“It was just a really nice moment to have it together. There was nothing decided in that moment, it was not that I spoke to anybody else. We flew home, Mike Gordon called me then two days later, one day later, whatever. Then I flew over to New York and all that stuff.

“But this very first moment when I got aware of the interest of Liverpool was already pretty special. And from that moment on it got better and better.”

Watch our exclusive feature with Jürgen Klopp as he discusses 10 key moments during his five years as Liverpool manager so far in the YouTube video above.