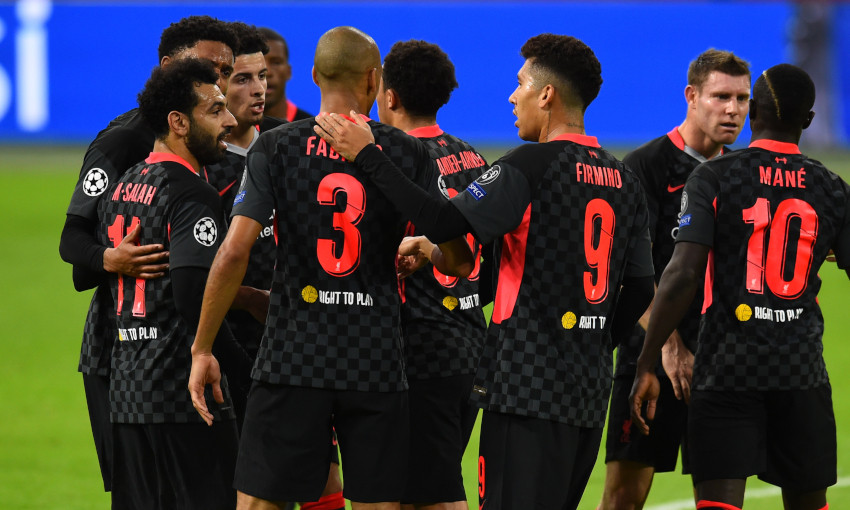 Liverpool began their 2020-21 Champions League campaign with a 1-0 victory over AFC Ajax in Amsterdam on Wednesday night.

The Reds took the lead in the 35th minute at Johan Cruyff Arena when Nicolas Tagliafico inadvertently diverted a Sadio Mane strike into his own net.

Fabinho was required to produce a stunning goalline clearance to deny Dusan Tadic and keep the advantage intact heading into the break and Davy Klaassen struck the post just after the restart for the home team.

However, Liverpool crafted several opportunities of their own to further their advantage and got their European season up and running with three points against the 2019 semi-finalists nevertheless.

Curtis Jones was handed a starting berth in midfield alongside the returning James Milner and Georginio Wijnaldum. Meanwhile, Fabinho moved into defence to partner Joe Gomez in the absence of Virgil van Dijk and Joel Matip. 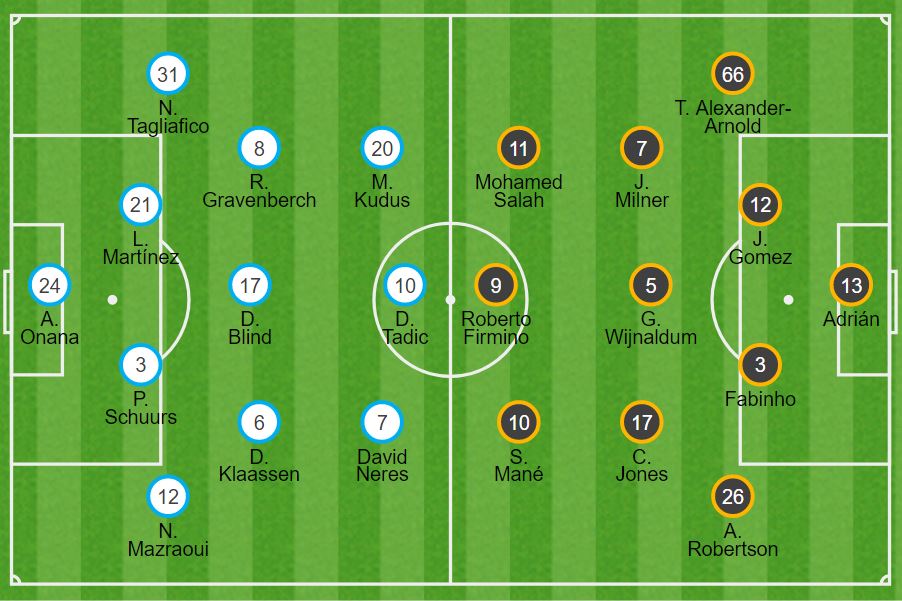 Liverpool began their 401st outing in Europe assertively as they looked to start strongly in their first competitive meeting with Ajax since 1966.

The hosts were required to make an early reshuffle as Mohammed Kudus was forced from the field in the opening 10 minutes, with Quincy Promes dispatched from the bench to replace him.

The Reds had looked threatening in the early exchanges and Mane saw a strong run and shot cannon against Perr Schuurs inside the box.

However, Ajax began to settle and gave cause for concern when Lisandro Martinez had a close-range header saved by Adrian from a corner routine. The goalkeeper then had to block a dangerous Promes centre with his boot inside the six-yard box.

On 21 minutes, the Dutch side crafted an intricate move on the edge of the area that resulted in Ryan Gravenberch zipping a low shot just wide of the base of the post. 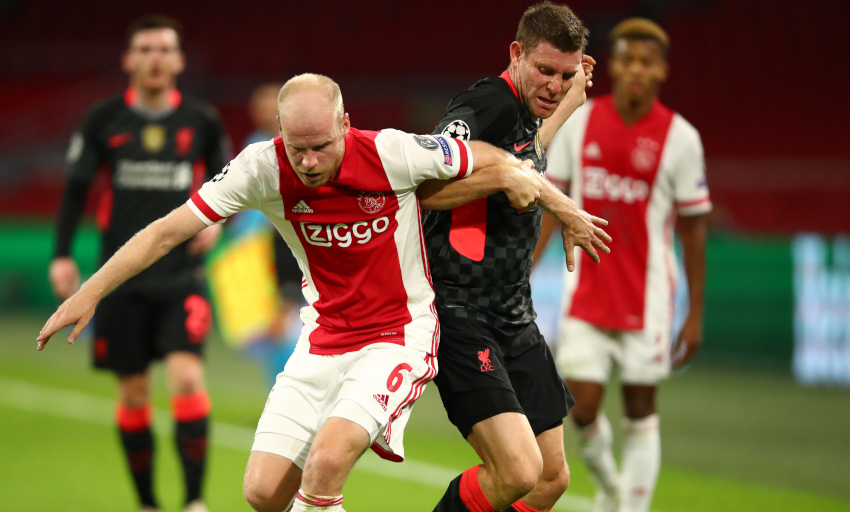 At the other end, Mohamed Salah’s backheel almost sent Roberto Firmino clear on Andre Onana; however, Daley Blind was able to stretch to produce a recovery challenge.

Ajax then fashioned a good opportunity to take the lead, but Promes watched Adrian thwart his attempt from close quarters with his foot.

And Liverpool did go in front with 35 minutes elapsed in the Netherlands.

Mane bobbed and weaved into the area before pulling the trigger. It looked to be heading off target, until Tagliafico diverted into his own goal.

It could have been 2-0 soon after when Andy Robertson charged forward on the counter-attack through the middle of the pitch and rolled the ball off for Salah. However, the Egyptian’s swipe at goal was blocked by Noussair Mazraoui.

Ajax thought they’d levelled in the final minute before half-time when Tadic escaped into space and lifted the ball over Adrian, but the home team’s captain was left clutching his head in his hands when Fabinho executed a spectacular clearance from on the line.

There was still time for Firmino to bullet a header at Onana from a corner, but the teams returned to the dressing rooms with Liverpool one goal ahead. 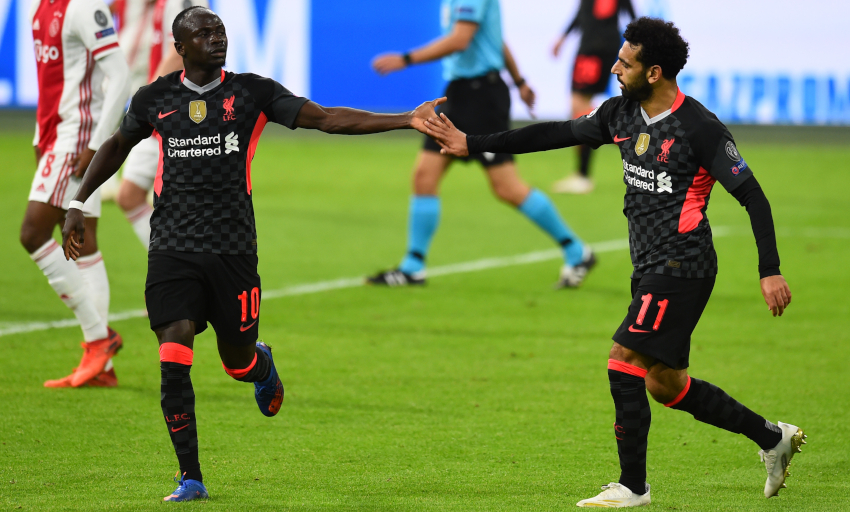 Jordan Henderson replaced Jones ahead of the second period – but Ajax almost had an immediate leveller when Klaassen arrowed a crisp drive against the inside of the post.

Fabinho then had a powerful header from a corner take a touch wide for the visitors and Adrian pushed a Promes swipe behind from an Ajax counter.

Just before the hour, Jürgen Klopp elected for a triple change, with Takumi Minamino, Xherdan Shaqiri and Diogo Jota coming on in place of Mane, Salah and Firmino.

It was Minamino who drew a save out of Onana with a whack from the edge of the box, with Liverpool looking to capitalise on their dominance of possession as the contest entered its final quarter. Wijnaldum then skimmed the roof of the netting with a glance from a corner.

In the final knockings, Jota went close on two occasions before Wijnaldum was denied by Onana’s sprawling stop in the final minute of normal time after being played through on goal on the counter.

Then, deep into stoppage time, Jurgen Ekkelenkamp scooped over first-time from Adrian’s punched clearance as Liverpool saw the job out to claim victory on matchday one.