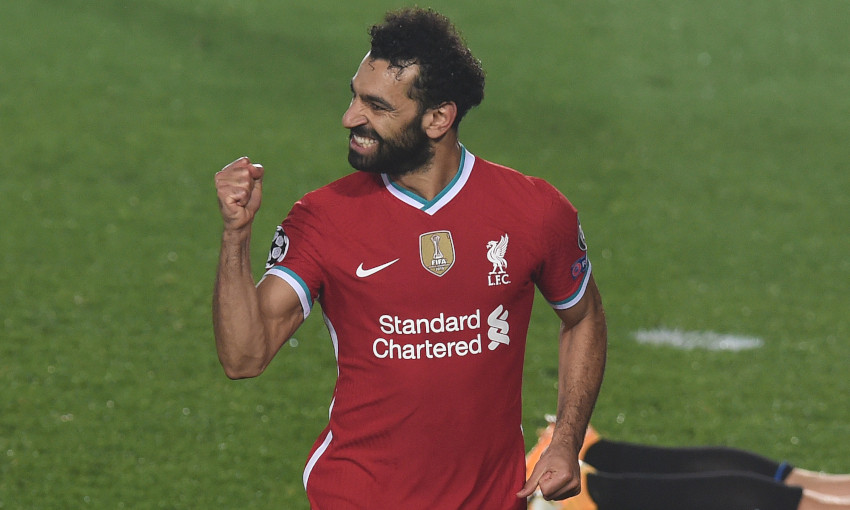 Mohamed Salah enjoys the competitive rivalry between Liverpool and Manchester City and is eagerly awaiting their next meeting on Sunday.

The Premier League’s past two champions lock horns for the first time this season at Etihad Stadium, with the Reds five points ahead of City having played one game more.

And Salah feels there will be a shared sense of excitement among both sets of players for the latest head-to-head duel tomorrow afternoon.

“The way they play, they were at the top level for many years,” the Egyptian told Premier League Productions when asked about facing Pep Guardiola’s team.

“They won the two Premier League titles before we won it last season. They have been unbelievable in the Champions League and the Premier League.

“We are excited about the game and I’m sure they are.”

On a personal level, Salah heads into the clash with City in blistering goalscoring form, the No.11 having already netted nine times in all competitions this term.

Last month, he brought up the milestone of 100 Liverpool goals with his instinctive strike during the Merseyside derby draw at Goodison Park.

The forward reached the landmark on his 159th appearance, making him the third-quickest player to a century in club history after Roger Hunt (144) and Jack Parkinson (153).

“I wish I could be the fastest one! But the third-fastest one is not bad,” he reflected with a smile.

“It’s always great to score goals. 100 goals for Liverpool is something really special. I’m always looking for something to really help the team win games, that’s the most important thing: the team’s target. I’m very proud of something like that.”

Diogo Jota came into the starting XI for the Champions League trip to Atalanta BC in midweek and his clinical hat-trick provided the foundation for a 5-0 win.

The treble in Italy increased the summer signing’s tally to seven in 10 matches since he joined in September – and Salah is pleased to see Jota settle so quickly. 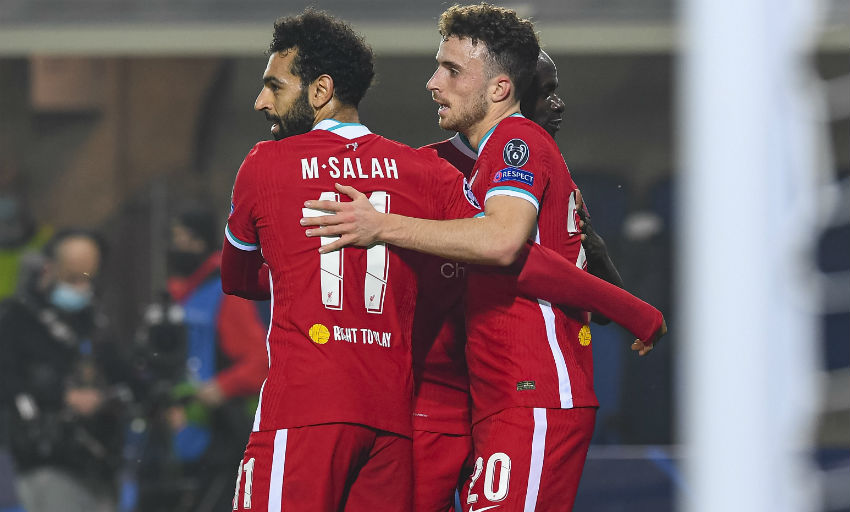 “For sure, we are happy for him, we are teammates. We are trying to push each other every day in training,” he said.

“He scored a few goals, which is good for him to start with confidence. So, we are really happy for him.”

Roberto Firmino was the forward replaced by Jota for the victory against Atalanta, but Jürgen Klopp was quick to reiterate the Brazilian’s unchanged importance to the team during his post-match assessment.

And Salah also paid tribute to the selfless work of the No.9, whose first goal of 79 for the club so far came at Etihad Stadium five years ago this month.

Inside Training: Finishing practice and much more at Thursday's session

“Bobby is a really important player for us,” he said.

“He gave the club four or five years of his best. He has been unbelievable. Without him we couldn’t win the Champions League or Premier League, he sacrificed himself for the team and the way he plays, he gives us more chances to score.

“He has been an unbelievable player, inside and outside the field.

“Whoever plays will give his best because we are a team, we are here to help each other. I’m looking forward to that.”