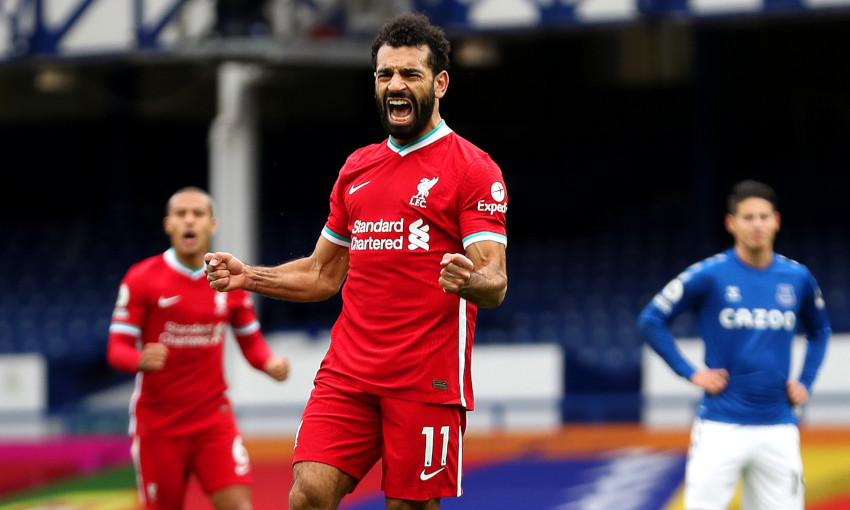 Mohamed Salah's clinical finish in the Merseyside derby has been named Liverpool's Goal of the Month for October.

The Egypt international brought up his century for the Reds during the Premier League clash with Everton as he lashed in an outstanding strike when the ball fell to him inside the penalty area.

Salah’s effort at Goodison Park topped our poll here on Liverpoolfc.com for the best goal scored at the club across all levels last month.

It marks a second consecutive Goal of the Month win for the No.11 so far this season, with his similarly emphatic blast against Leeds United taking the prize for September.

Salah rounded off the top five himself, with his goals in the Premier League defeat at Aston Villa voted fourth and fifth respectively.