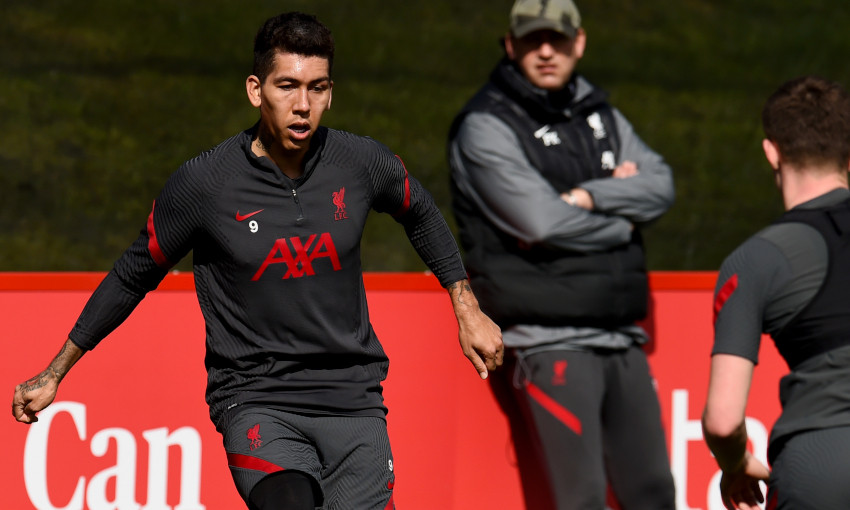 Roberto Firmino will return to Liverpool's squad for the Saturday night Premier League clash at Arsenal.

A knock prevented the Brazil forward from featuring in the Reds' last three outings against Fulham, RB Leipzig and Wolverhampton Wanderers; however, he resumed full training during the international break.

"Bobby is back," Jürgen Klopp confirmed during his pre-match press conference, but Divock Origi and Caoimhin Kelleher remain sidelined.

The champions will also be without the services of Jordan Henderson, who is continuing his rehabilitation from groin surgery, as well as long-term absentees Virgil van Dijk, Joe Gomez and Joel Matip.

If he features against his former club at Emirates Stadium, Alex Oxlade-Chamberlain will chalk up his 100th appearance for Liverpool in all competitions, while Mohamed Salah will reach the landmark of 150 career Premier League games if selected.

Elsewhere, if James Milner is utilised from the bench, he will become the most-used substitute in Premier League history, coming on 159 times in the competition.

Saka did not link up with the England squad over the international break due to a hamstring complaint, while Smith Rowe suffered a hip injury when on duty with the U21s.

"We had to pull him out of the squad. He's feeling better but hasn't trained with the team yet.

"[Smith Rowe] has some discomfort in his hip. That's why they decided to keep him out.

"We will see today, he will speak with the doctors and with the physios and see if he's OK for training tomorrow."