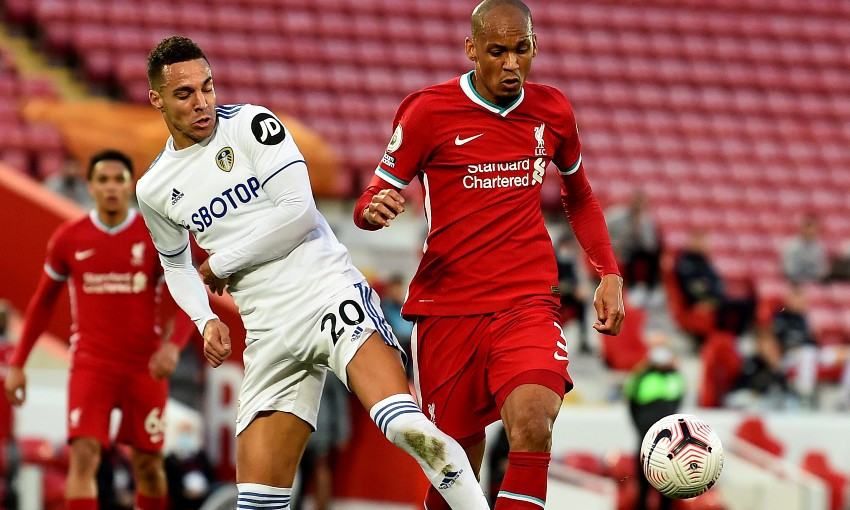 Liverpool have no fresh injury concerns ahead of Monday's trip to Leeds United.

Jürgen Klopp was asked for an update on the condition of his squad during his pre-match press conference on Saturday and replied: “No, [there is] nothing.

“I only thought [about the question] because usually I always have some, [but] no new ones.”

Klopp said: “They all are [on track], Joe as well. Joe is outside running now and all these kind of things, which is obviously always a big step after all injuries.

“He looks fine when he is running, no real reaction in the knee, which is very important. It obviously still takes time but he’s in a good way. Like Virg, Joel and Hendo [are].”

Leeds, meanwhile, must check on the fitness of Raphinha after he sustained a knock during Marcelo Bielsa’s side’s 2-1 victory at Manchester City last weekend.

“His evolution we’ll see in the next couple of days,” said the Argentinian coach during his pre-match press conference on Thursday.

Bielsa also confirmed Leeds are assessing striker Rodrigo, who is “in the process of recovering from a muscular injury obtained last week.”

The home team will definitely be without their captain, Liam Cooper, for the clash at Elland Road following his red card against City.

Liverpool won the reverse meeting between the clubs by the odd goal in seven when they met at Anfield on the opening day of the league season.

“They have a big offensive power,” Bielsa said of the Reds. “Their full-backs are wingers, and their wingers are centre-forwards throughout moments of the game.

“I think they’re a team who constantly thinks when producing football. They don’t speculate, they attack always and they spend a lot of time attacking and not so much defending.

“When they have to defend I think they do it well, putting into consideration the amount of energy they expend when attacking. Like every team, they have ups and downs.”