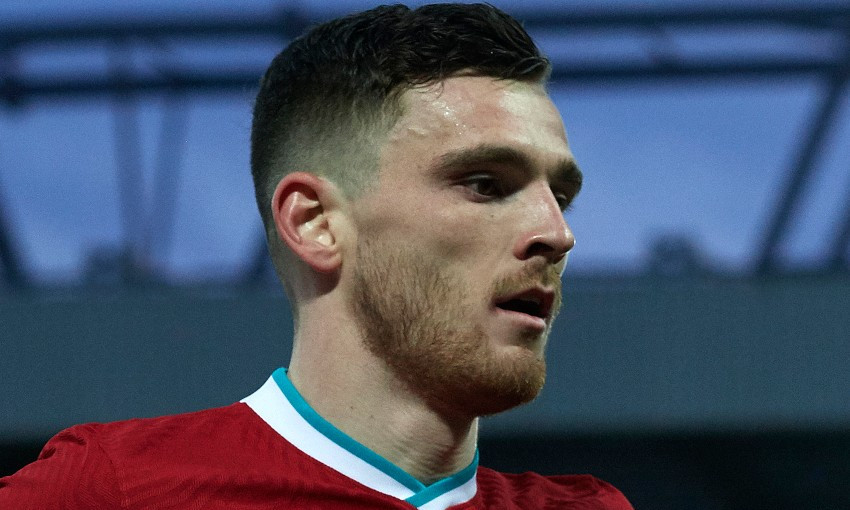 Andy Robertson is targeting a timely run of consistency as Liverpool seek to force their way into the Premier League's top four during the closing weeks of the season.

The Reds’ pursuit of Champions League qualification continues against Leeds United on Monday night, with Robertson and his teammates heading to Elland Road on the back of three consecutive victories in the top flight.

And the left-back believes they must stretch that winning streak over the coming weeks if they are to return to Europe’s elite club competition next term.

“Look, fingers crossed,” Robertson told Liverpoolfc.com, when asked if the team may have found form at the right time of the campaign.

“This season probably what we’ve struggled with the most is consistency: it’s about putting six, seven, eight games on the bounce where it’s good performances and good results and you’re picking up a number of points.

“That’s what ultimately we’ve fallen short on this season and there wouldn’t be a better time to do that than now, the nitty-gritty part of the season where everything is getting a bit tense and you know where you’re going to be. 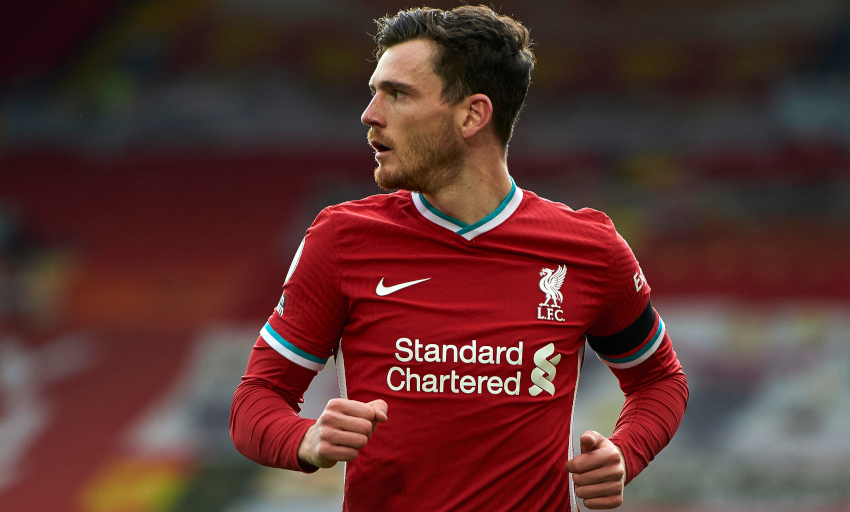 Andy, I’m sure it takes a bit of time to get over a disappointment like going out of the Champions League, but is the focus now solely on the Premier League run-in and, first of all, Leeds on Monday?

Yeah, of course. Obviously it’s hugely disappointing going out of the Champions League, it’s never nice, it’s never easy. But the performance the other night was one of the highest level, we just didn’t take our chances that fell to us, unfortunately. We didn’t do too much wrong. Unfortunately, the tie was lost in the first half of the first leg, where we were nowhere near good enough and we’d admitted that and accepted that. That can’t happen at this level and we got punished for it, it’s as simple as that. So that’s the situation we are in and now we’ve got seven big games in the run-in to the season and obviously we know what we need to achieve. We know what we need to do and the places that we need to climb, and our full focus is on that and trying to finish the season as strongly as possible now.

It’s a bit of a cliché, but do you see it as seven cup finals remaining in the Premier League?

I don’t really like that saying because obviously it’s not cup finals – we wish they were, but they’re not. But we have to treat them like them, they are one-off games where we have to pick up the maximum points. We don’t have much room for error for the rest of the season, we know that. We’re already still playing catch-up and we need to be at our best. If other teams fall in front of us, we need to be there to pick it up – we can’t drop points as well, so that’s the focus. We’ve got tough games coming up, none more so than Leeds. Leeds are flying, they’ve been a breath of fresh air to the Premier League this season, the way they go about their business, the players they’ve got and the heart they’ve got as well. I think they showed that in abundance last week against Man City so we know it’s going to be an incredibly tough task, but it’s a task that we’re going to need to be up for and one that we need to face head on.

Finally, the game against Leeds at Anfield on the opening day of the season was a lively one – what are they like to play against? How difficult an opponent are they?

You know they’re going to run to the end, they’re a bit similar to us in that, but the distance they cover is frightening. They play a very unique style which a lot of teams have struggled to adapt with. I think we struggled as well in the first game of the season, obviously finishing 4-3, it feels so long ago. I think they were kind of an unknown entity in the league then but now they’ve stamped their mark and stamped their authority on this league this season and that’s why they’re in the position they’re in. They’re obviously mid-table and they’re looking to push further up. They’ve got teams above them in sight as well so they’re going to keep pushing right until the very end. I don’t think their manager or their players will allow any different and we know on Monday night it’s going to be an incredibly tough game, so we need to be at 100 per cent and let’s hope that’s enough. If we can play like we have done previously then I believe we’re a tough team to beat but we need to go out and show that. Like I said, we need consistency and to follow Wednesday’s good performance – [which came] without the result – and if the performance levels are the same then I believe that gives us the best chance to win the game.