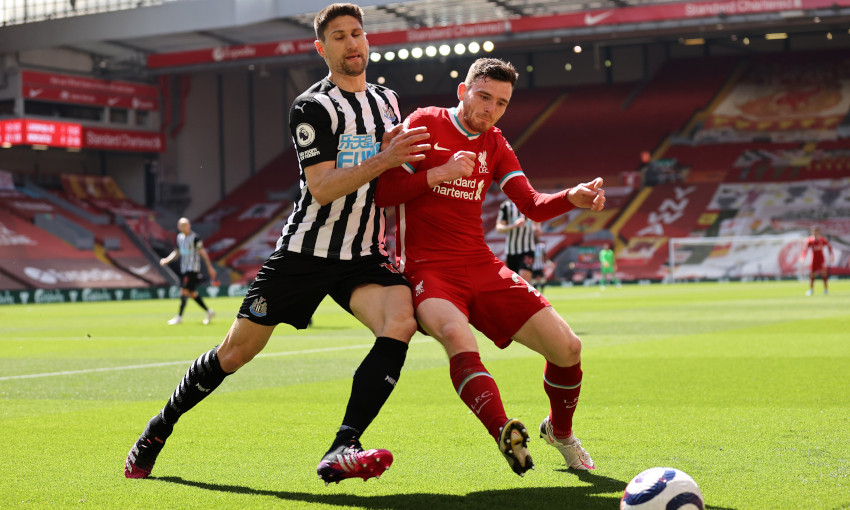 Liverpool were held to a 1-1 draw by Newcastle United at Anfield on Saturday afternoon.

Mohamed Salah’s exquisite turn and subsequent unstoppable drive with less than three minutes on the clock had given the Reds the ideal start on Merseyside.

Indeed, the hosts had numerous chances to further their lead, but were unable to add to their tally – and Newcastle had an equaliser from Callum Wilson ruled out in stoppage time by the VAR.

However, with virtually the final kick of the game, Joe Willock swept in to secure a point for the visitors.

Salah for James Milner was the only change Liverpool made to the team deployed at Leeds United on Monday evening.

Curtis Jones returned on the bench after injury. 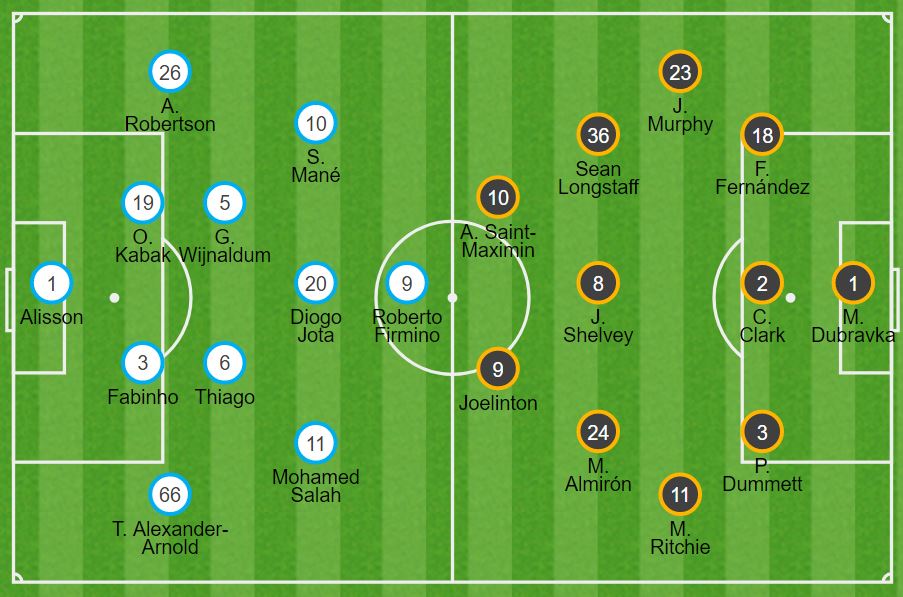 With Anfield basking in spring sunshine, the Reds made the perfect start as Salah found the net inside the opening three minutes.

Collecting Sadio Mane’s cross with his back to goal, the Egyptian spun away from Matt Ritchie with his first touch before thundering a strike beyond Martin Dubravka at his near post.

Alisson Becker thwarted Sean Longstaff at the other end in Newcastle’s first attack; however, the hosts were commanding the ball at Anfield.

Diogo Jota tried his luck twice in quick succession, first swiping over from Roberto Firmino’s lay-off before scooping into the arms of Dubravka from a Mane centre.

Then, on 27 minutes, Salah fed Mane as the Reds countered, but his drive across goal was deflected wide before Newcastle created their own problem when Ciaran Clark’s heavy touch from a short goalkick resulted in Jota striking narrowly wide. 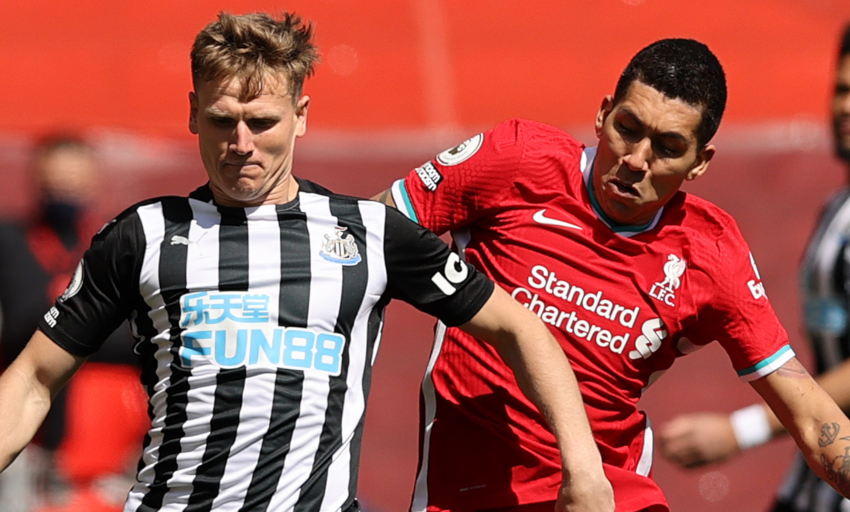 Liverpool went closer still to a second goal, but were denied by Dubravka’s sprawling save from Salah’s attempt to dink the ball over him after Firmino had sent the No.11 in behind.

Newcastle’s goalkeeper was a busy man; he was required to block a Jota stab towards his net before reclaiming the ball at the feet of Mane as the forward attempted to side-step him.

Dubravka was a spectator, however, when Mane met a Trent Alexander-Arnold delivery on the half-volley 12 yards out, but the ball spun the wrong side of the post.

The visitors mustered a threat in the early stages after the restart with Alisson twice denying Joelinton. But Dubravka was called into action at the other end, keeping out Firmino’s volley towards the near post with his boot.

Shortly after the hour, Andy Robertson’s low drive narrowly evaded the bottom corner as the Scot strode forward from deep before shooting – this coming after James Milner had replaced Jota.

As the game ticked into its final stages, Salah skimmed the side-netting with a close-range shot while Alexander-Arnold hoisted a volley wide from Thiago Alcantara’s touch off. 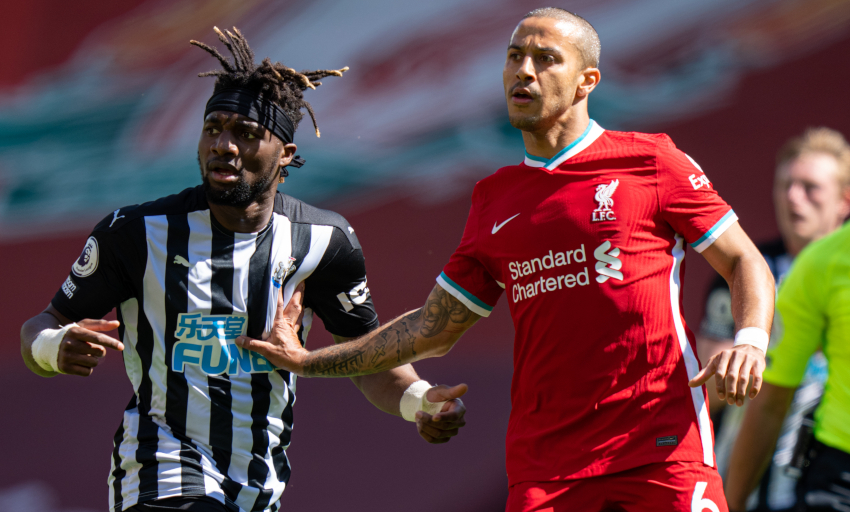 Mane and Milner then took turns to draw saves from Dubravka, but there was drama in added time as Newcastle secured a point.

They thought they’d done so when Wilson nudged over the line at the second attempt, but the effort was ruled out by the VAR for handball.

However, seconds later, Willock netted from inside the box to leave Liverpool frustrated on Merseyside.