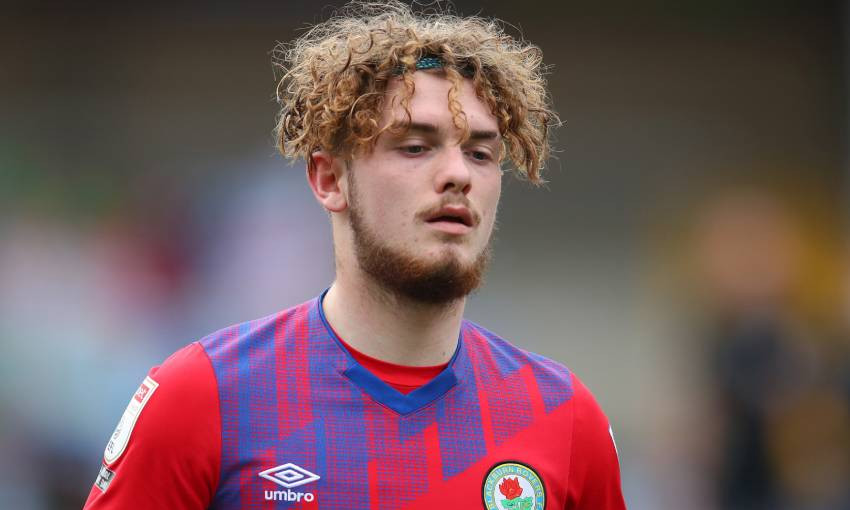 It's been a season Harvey Elliott believes he'll look back on as a crucial one.

The youngster was given around 20 minutes to decide whether to join Championship side Blackburn Rovers on loan on deadline day in October. He would throw himself at the opportunity.

Elliott has since reaped the rewards of regular football in a highly competitive and demanding league.

In another sign of his encouraging development, the 18-year-old has been nominated for Young Player of the Season at the 2021 EFL Awards.

The experiences he's gathered this term are ones he'll look to use to aid his Liverpool career.

"This season has shown me what real football is like," Elliott tells Liverpoolfc.com from his home. "And what is needed to make that step up to be consistent in the games and to be consistently in the team.

"I've learned so much and will keep learning so much from this season.

"I can't thank Blackburn enough really for these opportunities, for making me into the person I am today and into the man I am."

The forward's performances in his 40 outings for Blackburn have taken his manager and peers aback. The stats back it up, too.

A total of 17 goal contributions – six goals, 11 assists – so far this season is the most of any teenager in England's top four tiers.

His ability and poise have made him a 'go-to man', in the view of Rovers teammate and former Liverpool winger Stewart Downing.

"I like the pressure upon myself, I like people giving me pressure," Elliott says. "I think it makes me thrive a bit more and makes me go a bit further just to prove to people that I can deal with the pressure.

"To have the 'go to' above my head kind of thing, it sort of just makes me want to show people that I can be the go-to person.

"I just want to keep going throughout my career and, hopefully, I can be the go-to person to win games.

"I think it's a big risk for them, taking me on loan – especially being young as well and not really knowing what I could produce and how I would cope.

"My thought process was just to go in and give it 100 per cent in every training session, every game. Thankfully, it came off in a nice way.

"By getting these goals and assists, it's sort of got me used to where I should be in and around the box to either find the assist or get into the scoring positions." 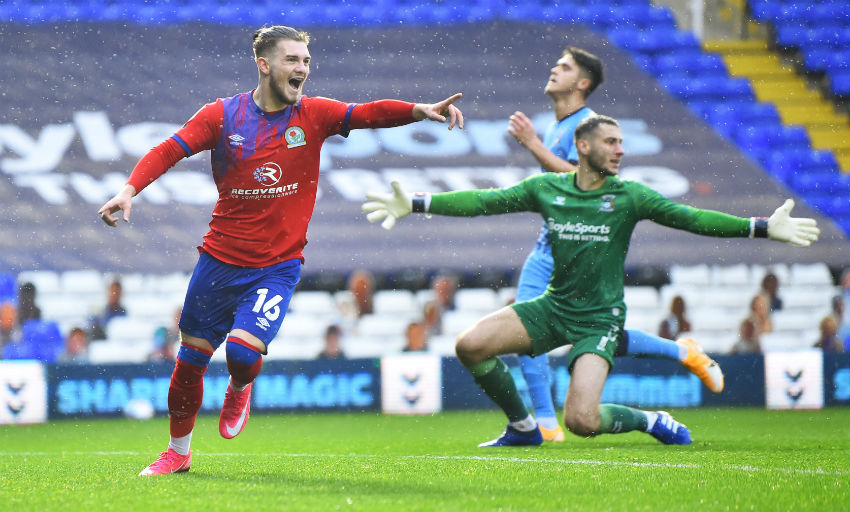 There have been steep learning curves along the way.

The requirement to win in a packed schedule and the resulting toll it takes on one's body took some adaptation. It would be a similar situation he'd find at Liverpool, however.

Asked what he has learned most about during the loan, the England youth international revealed: "I think recovery.

"It's not that I didn't take it seriously when I was younger, but I didn't really think it was a key aspect of the game.

"I went into the first game thinking, 'Wow, this is what I'm going to have to get used to.' The next game came – I think it was Coventry away and I scored and assisted in that game – then after I thought to myself, 'Oh, this is my second game and my legs are sort of getting used to it.'

"Being fully in men's football this year, [you] just see how competitive everyone is. Last game we won 5-2 and everyone was frustrated that we conceded two goals, even though we scored five.

His parent club have been following him every step of the way.

Text messages have been received consistently from Liverpool teammates, while there have been video analysis sessions with the coaching staff and food parcels from the nutrition department.

"It's just nice to see that they're still thinking about me and still checking up on me," Elliott says. "I just can't thank them enough for the support throughout this time of me being away.

"It's just unbelievable to be in and around it and just to see the support I've been getting – as well as from the fans, getting good luck messages before matches.

"It's just nice to see that people are still following the loan players around and just shows what support we have and how key these supporters are to us."

Elliott will return to Liverpool a more rounded player and individual. He'll also be looking a little different appearance-wise.

He finally fulfilled a long-standing promise to the squad to cut off his top-knot, after netting his first senior goal in pre-season.

Video: Elliott nets his first Liverpool goal in front of the Kop

"I had people messaging me after I scored against Blackpool about actually doing it," Elliott laughs. "It was just taking the time to grow it and getting it into the right length I wanted, just so I can change it a bit.

"It's still in that process now of changing, so God knows what's going to happen. I'll just leave that down to my barber to decide and just give him the trust in making me, hopefully, look good."

Prior to heading out on loan, Elliott had amassed nine competitive first-team appearances for the Reds, having joined from Fulham in 2019.

On what he intends to do when he comes back to the club, the No.67 finishes: "Just to not rest and keep pushing forward and to get into the Liverpool team really.

"Obviously it's not going to be handed to me. I need to work hard for it, I need to gain the trust and show that I am able to do it now and I am talented enough to do it."