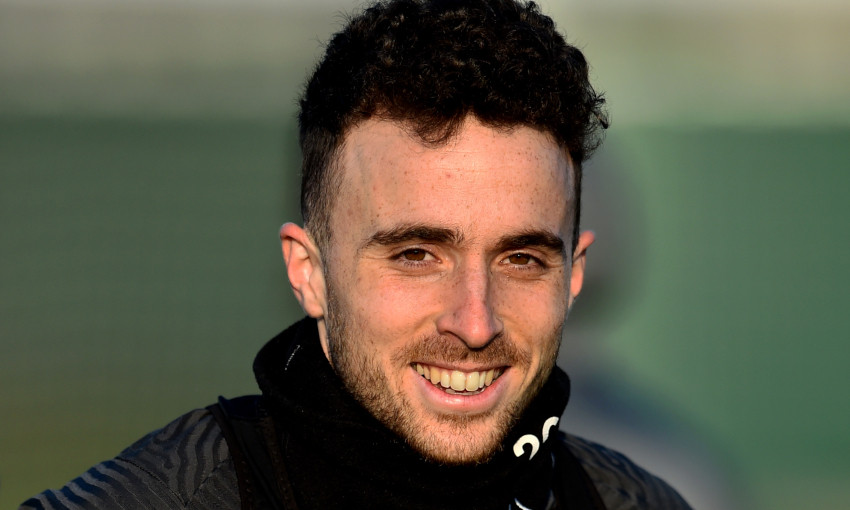 Diogo Jota is eagerly anticipating his first experience of encountering Manchester United as a Liverpool player.

The No.20 missed the previous two meetings this season through injury, but is now out to help the Reds get back to winning ways when they visit their fierce rivals in the Premier League on Sunday.

Liverpoolfc.com caught up with the forward at the AXA Training Centre to look ahead to the Old Trafford encounter. Read on for his thoughts… 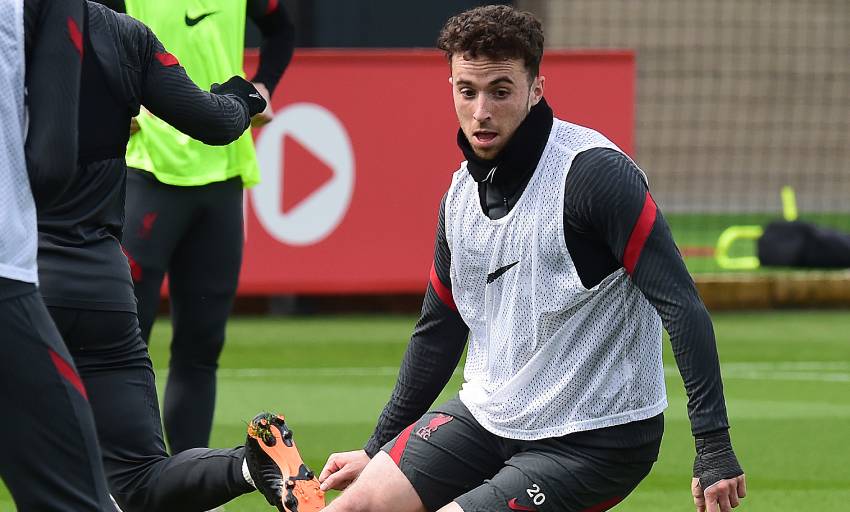 Games in the Premier League don't come much bigger than Liverpool against Manchester United. I imagine this is a match you're really looking forward to...

Obviously every game is important but obviously being a Liverpool player, playing against Man United is always a special game – maybe even bigger than other big matches that we have in the Premier League. So, of course, we are really looking forward [to it] because we know how much it means to the fans as well.

Even before you joined the club, you would have seen some games between these two sides and know this is one of the biggest rivalries in world football...

Obviously I watched some of those games. Well, when you are not involved maybe you don't feel the speciality of the game. But in the end for us, it's another match and if we stick to that in our minds I think everything could come easier for us.

You missed out on the league and FA Cup meetings with United earlier this season through injury. That must've been quite frustrating for you and has maybe made you even hungrier for this one?

That's true. So it will be my first game against them this season for Liverpool. Not just that game, I missed a lot of games unfortunately, so I couldn't help the team. But now I'm here to help, and on Sunday there's a big one to come and to help [with].

You go into it on the back of that hugely frustrating game with Newcastle United. How have the team picked themselves up this week after that disappointment?

Yeah, it was a big, big disappointment. We all felt it like a defeat, speaking for me, but I think it was pretty much everyone's feeling as well. For example, the last two games at half-time we were winning 1-0, like Wolves. But the difference against Wolves was that we won at the end. In these two games we conceded, we played not-so-good second halves and we conceded. Then everything feels bad. Now this is the final third of the season and we know the results are the most important thing, so we need to avoid being so passive in the second halves because we need the results.

One thing the team is doing is creating lots of chances. The hard thing, of course, is to convert those chances into goals. How do you keep in a positive mindset as a striker when it feels like things maybe aren't falling for the team sometimes?

That's one specific thing. Obviously everyone [would have] noticed the great first half that we did if we had converted more chances than we did. At the end, it was only 1-0 and at the end of the game that wasn't enough. Because of that, the punishment for the chances that we missed is even bigger. But we have to stick to the positives. Like you said, we created so now we just need to improve on that final bit, and with the quality that we have, I think we will.

There's five games remaining and the Champions League is the target. It's a cliché but I guess every game does become a bit like a cup final between now and the end of the season...

I've been mentioning that since we had 10 games left – I said if we did our job I thought we were going to get it. But now with five to go, we didn't do our job properly and it's not only about us now. But if we don't do our bit, it's impossible. So we need to do [that] and hope for the results to go our way. We know it's going to be hard but we need at least to be doing our job.