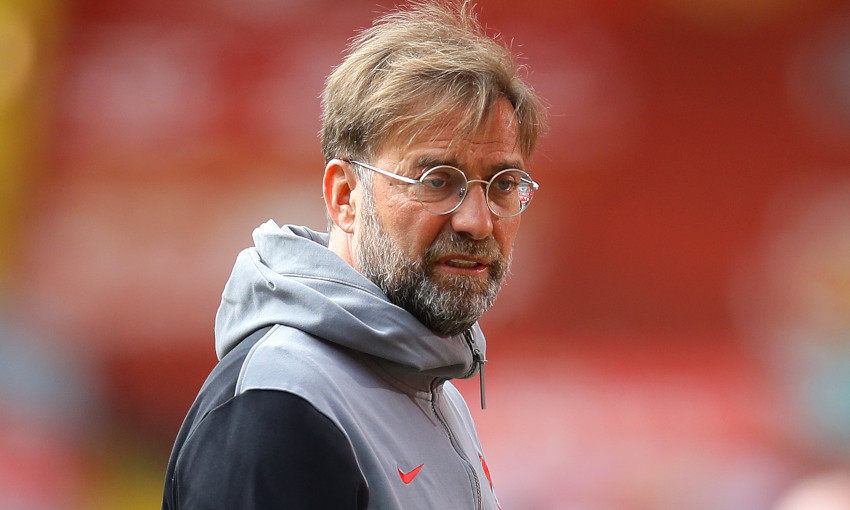 Jürgen Klopp has detailed Liverpool's intentions for the remainder of this season and how they will set about making necessary improvements next term.

With five games left to play in 2020-21, the Reds sit sixth in the Premier League table, four points away from a Champions League qualification spot.

A trip to Manchester United awaits Klopp’s team this Sunday afternoon as they seek to strengthen their hopes of participating in European competition next season.

Ahead of the clash at Old Trafford, the Liverpool boss took questions on the possible scenarios in play and what it will take for his side to be involved at the very top of the league again in 2021-22.

Read a transcript of the second part of his pre-match press conference below.

Since I’m in England I only played [in the] Europa League once – we went to the final and that was good, besides the final. Last night I saw a United team enjoying a lot the Europa League. So, no, if we are in Europe, it depends obviously which competition, which round, what are the circumstances around, but it was always like this. But we will not think, ‘Oh my God, now we have to play that.’ No, no, no, that’s a great competition. But in the moment I didn’t think it through to the end because I know even when it’s not likely [qualifying for the Champions League] I believe in the little chance as well, so let’s give it a try and think about the rest after the season.

On needing five wins in the remainder of the season…

No, five wins will not be enough, for sure not. It depends how the other teams play, obviously. But without five wins we don’t have a chance. So as long as we are not 15 points behind and three games to go or four games to go, why should we write it off? United think they can still become champions – rightly so. Then we think we still can go to the Champions League, but we need results then in other games. We know that. Without winning your own games you will go nowhere. We are not that naïve. We don’t think like that. We just have one game to go [for] and this is the most important game of the season. We play against United on the weekend, so let’s go with all we have, don’t think about anything else and make sure you play your best game. 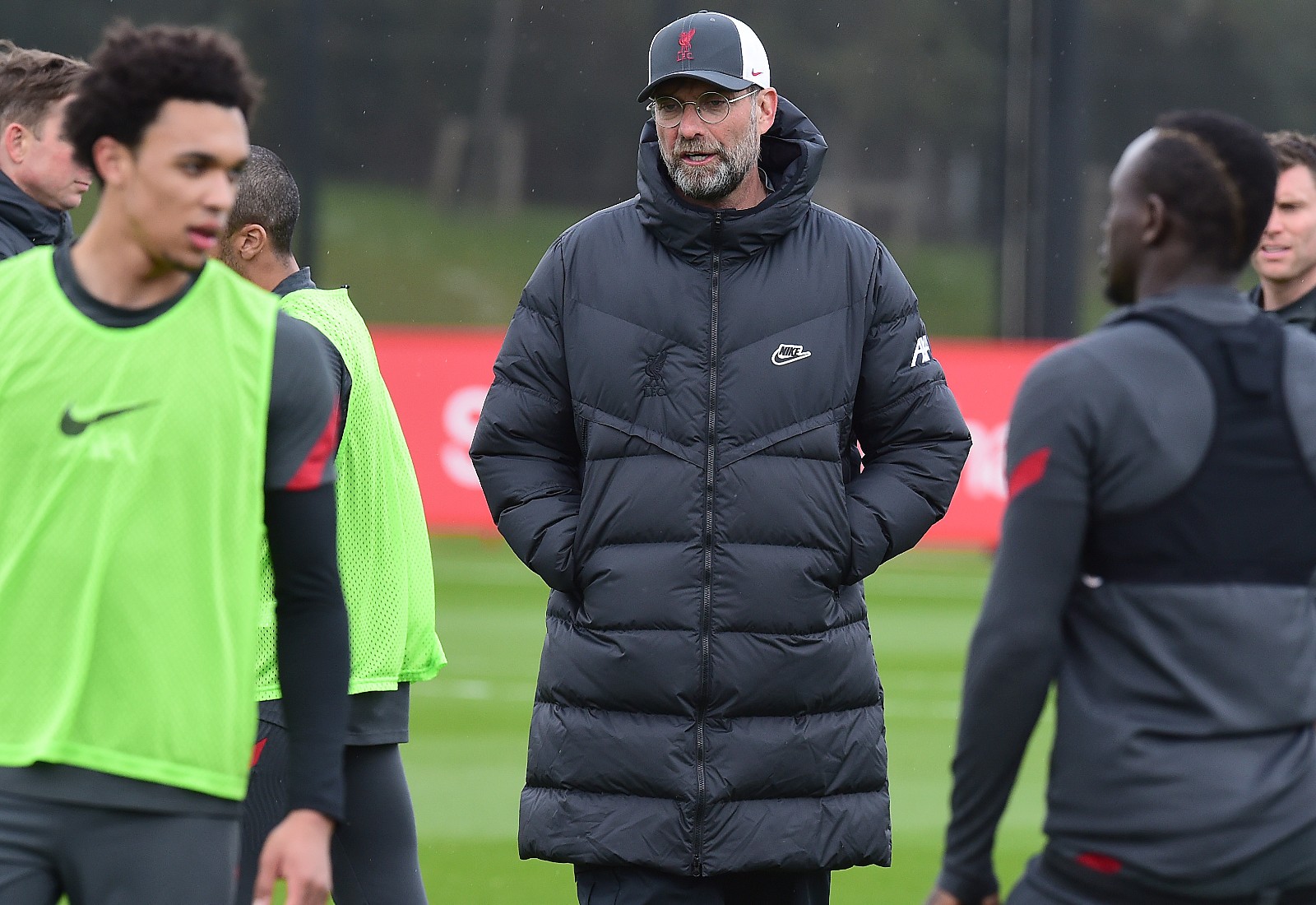 We know that if only the players come back we missed, we will be better immediately. We have a much better rhythm. It’s not about the centre-halves who are then in and the others are out, because meanwhile we do quite well, especially when Ozan [Kabak] and Nat [Phillips] could play together, that was absolutely fine. But we had to work too long and on too many different things over the year, which we had absolutely no influence on. It’s like, you lose players a day before the game, two days before the game; you lose them for one week, for five weeks, for the rest of the season. Other teams have similar problems, I only talk about us. I know that for us it was really, really harsh.

But, let’s imagine that doesn’t happen every year – then we have a better basis, different problems but really different problems then, the normal football problems – in that moment we are immediately stronger again because we didn’t forget how to play football. But things, especially negative things, lead to other negative things from time to time. And that happened to us. In the beginning, we scored even without the last line we were used to. We scored goals in the right moment and stuff like this, we were still there. Then we had to put midfielders in the defence, then we lost not only the last line, we lost the midfield as well, stability there. Then we stopped scoring. Then you have to reinvent yourself pretty much new – and that during a season is not to recommend, let me say it like this, because you constantly play games and you are influenced by the results and all these kind of things. So, it is a tough one, it was a tough one, but it’s not over and we will go for everything that is out there for us. I don’t know in the moment what that will be but we will try to get it.

On whether it will be ‘more difficult to overhaul City again’…

It always becomes harder because obviously City never stop. I think that’s clear – they didn’t stop and they will not stop. But even they had two years in a row us at their neck probably. OK, one year we were then ahead of them, we never expected that to happen for the next 10 years now in a row. [Manchester] United is coming up definitely, everybody can see that. Chelsea is obviously in a brilliant place, a top squad; I said it before when I said the squad he [Thomas Tuchel] inherits is a present and you can see that, they are obviously really good. So it will not get easier. We always speak then about only City but there will be other teams, for sure, you have to deal with. Plus all the other teams which, even when they are outstandingly strong, still can sail a little bit under the radar. Like Leicester – brilliant manager obviously, top, really, really good squad, dealing with different situations really well. They are not gone or whatever. Nobody should write off Tottenham, nobody should write off Arsenal, obviously West Ham is now flying and all these kind of things. So, how can it be easier? But it’s not only City. The good thing about Manchester City is you only face them twice; if you go far in cup competitions then it might be more often, but in the league only twice. So you have to win all the other games as well and that’s tough enough in this league. But that’s next year and who cares about that in the moment? We will give our absolute everything then again, but now we are concentrated on Sunday.

Yeah, but I think that would be really weak – we are responsible for the things that happen to us. We were in the last few years constantly in some semi-finals and finals and stuff like this, fighting for the league title. I don’t know if other teams then felt bad because of us; I wish for them not. And I don’t do that, I’m not like this. I’m not a person like this. They deserve the situation they are in, that’s football, that’s fair, they won an awful lot of games. United turned the game around last night and did that now already like 20 times this year. That’s it. We will challenge them again next year but this year we can only play our season, finish our season as good as somehow possible and we have nothing to do obviously with semi-finals and finals, we know that. But I don’t feel bad because of that. I had my bad moments during the season, for other reasons, but not because other teams are winning more games than us. That’s not my problem. I only have a problem with the opponent of the weekend, the specific weekend, not having a look at the table and thinking, ‘Oh my God, City again, United back on track, all these kind of things.’ Life is too short for these kind of worries or thoughts.