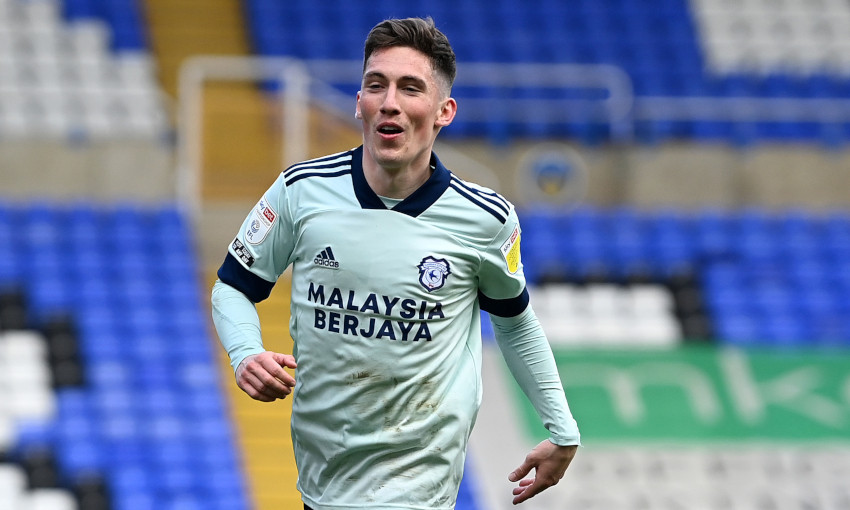 The on-loan Liverpool attacker began his treble in the 4-0 victory at Birmingham City with a brilliantly improvised finish from outside the box after cutting out a pass with the opposition goalkeeper stranded.

Wilson then converted two free-kicks in either half of the Championship encounter, the first delivered low into the bottom corner before a second whipped high into the roof of the net to complete his haul.

“Going into the game, a lot of people were saying it was a bit of a dead rubber, but we didn’t see it as that,” said the Wales international.

“I certainly didn’t see it like that personally; I saw it as a chance to put in a good performance and try to get my numbers up at the end of the season.

“On an individual note, I was delighted to do that, but as a team I think we defended well then, going forward, scored four goals – on another day we could have had even more.”

Sheyi Ojo was an unused substitute for Cardiff at St Andrew’s.

Marko Grujic was also on the scoresheet at the weekend, bagging what proved to be the decisive goal for FC Porto as they saw off Famalicao 3-2 in the Portuguese top flight.

The midfielder struck in the 75th minute as second-placed Porto continue to chase Sporting CP, whom they trail by six points with four matches to play.

Elsewhere, Takumi Minamino started and featured for 76 minutes in Southampton’s 1-1 draw at home to Leicester City in the Premier League.

Sepp van den Berg was involved throughout Preston North End’s 2-0 win over Barnsley in the Championship, while Harvey Elliott was a late substitute as Blackburn Rovers drew 1-1 at Rotherham United.

In League One, Liam Millar was a 74th-minute introduction for Charlton Athletic, who drew 1-1 at Accrington Stanley.

And, in Spain, Anderson Arroyo completed the full match for Salamanca UDS as they played out a goalless stalemate with Lealtad.