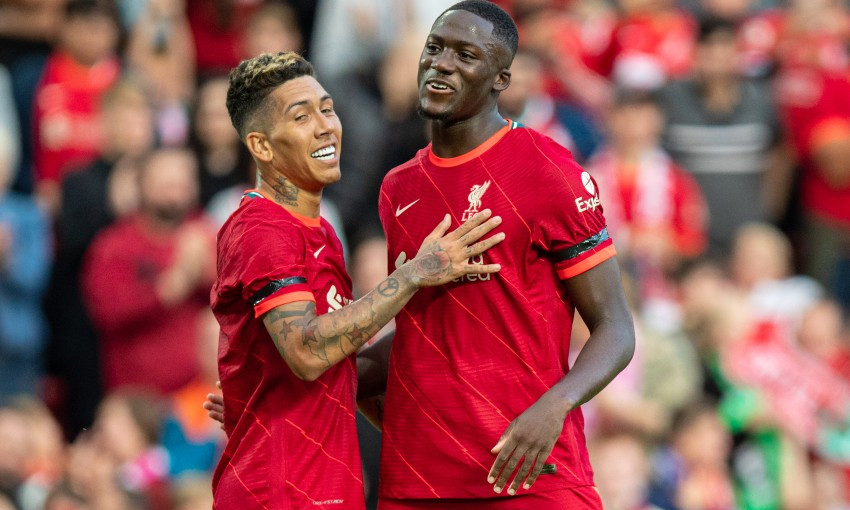 Ibrahima Konate struggled to articulate his emotions after making his Anfield debut for Liverpool.

The summer signing started Monday night’s 3-1 victory over CA Osasuna as the Reds rounded off their pre-season fixtures with a comfortable win.

Around 40,000 fans were inside the stadium too – and Konate loved every moment of his 80-minute runout.

“To be honest, I don’t have the words to explain my feelings when I put my first foot on the pitch. It’s amazing and I’m very happy to have my first game at Anfield with fans,” the centre-back told Liverpoolfc.com.

“Today was amazing. I cannot imagine the stadium in the Premier League or Champions League.”

Konate continued: “I think we did a very good game together and this is the most important [thing]. I am happy about my performance.

“It was the last friendly game, the last game of the pre-season – now the Premier League will start [on] Saturday and I am very excited for this moment.”

The 22-year-old went on to state how much he enjoyed his first pre-season with the club.

“We were together for four weeks; it was a little bit hard because we were in the hotel, but it was very good because we had a very good atmosphere with the team,” he said.

“Now I hope we are ready for the Premier League and the season.”