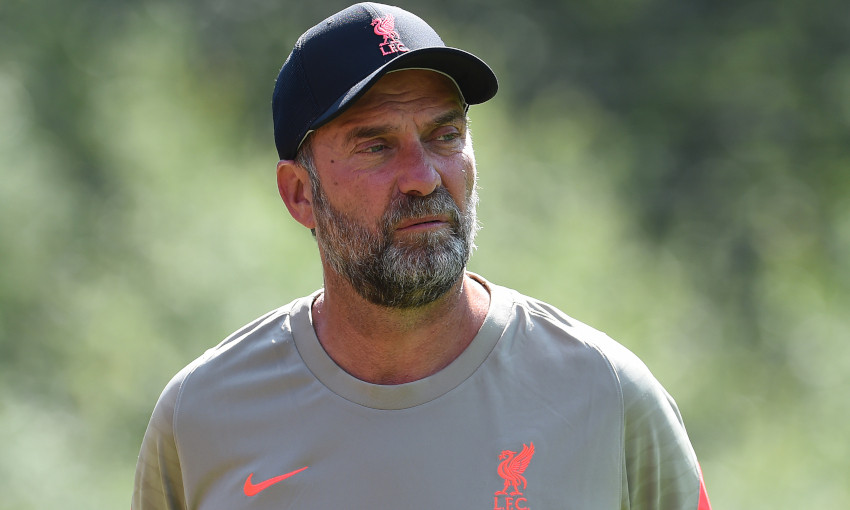 Jürgen Klopp has discussed the situation regarding the availability of Liverpool's Brazil internationals for Sunday's Premier League game at Leeds United.

Roberto Firmino is recovering from an injury sustained before the international break, but Alisson Becker and Fabinho are currently ruled ineligible to play having not represented their country in recent matches.

Asked about their availability this weekend, Klopp told Liverpoolfc.com on Thursday afternoon: “I can say what I know: I don’t know in the moment. We will see, there are meetings going on.

“The thing I want to say about that is just, let’s look at the full case. So, we all know we are in the middle of a pandemic, which is difficult for all parts of life and for football it was difficult as well. We have a few more games to play than we have to play usually internationally. We had a summer break where all of a sudden somebody organised again a Copa America, where they could have played the games, for example, without playing a Copa America, which they had a year before.

“But people decide without us these kind of things. OK, nobody cares, that’s how it is. They play a Copa America, then they still have more games to play. Then a week or 10 days before the international break we get, ‘OK, we play now three games and the last game is on Thursday night.’ So we have nothing to do with that. Friday morning, by the way. Friday morning, 1.20am, would have been Brazil against Peru. We have nothing to do with that, we cannot decide anything about it, we just read these things.

“Then we have to think, ‘OK, clear, they are invited.’ But when they come back they have to quarantine [for] 10 days. Again, it’s not our decision, we didn’t say they have to quarantine [for] 10 days, we didn’t say you have to go to the national team, we can’t say nothing – we just sit in between and we think, ‘OK, what’s going on?’

“Our players, if they come back then they have to quarantine 10 days in a random hotel, next to the airport probably, which is not good for any people who have to do that but for a professional football player, being 10 days in a hotel – with the food they get from there – you lose everything. You lose muscle, you lose everything. It means 10 days in the hotel, coming back [and] needing pretty much 10 days to get on track again.

“OK, then the decision was made, not by us: if that’s like this then the players cannot go. OK, they go, other players go, some clubs let their Argentina players go. There’s a game in Brazil against Argentina, officials come on to the pitch, nobody wants to see situations like that. Get the game cancelled, stopped in that moment.

“And now, the next thing, we have a football game to play again and they tell us we cannot play our Brazilian players. It’s like, ‘Huh?’ So, we did nothing. We didn’t organise the Copa America, we are not responsible for the games they couldn’t have played. We didn’t invite players, we didn’t say when they come back there’s no exemption. We all didn’t do that.

“But in the end the only [people] who get punished are the players and the clubs – and we have nothing to do with the whole organisation around. It’s like, ‘What is happening?’

“So I don’t know what will happen at the weekend, to be honest. In this moment, we have to see what other people decide and then we will again accept that probably, do what people tell us and try to win a football game.