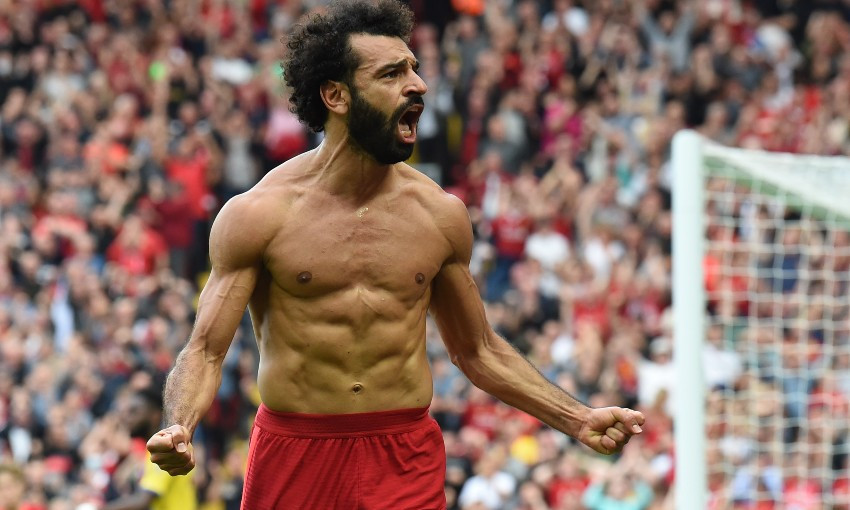 The Reds made it three victories in the space of seven days at Anfield on Saturday, with Mane’s 100th strike for the club putting them into the lead a couple of minutes before half-time.

Several key contributions by Alisson Becker ensured the hosts remained in front as Palace pushed for an equaliser, and the sense of relief inside the ground was palpable when Salah volleyed in to make it 2-0 with 78 minutes on the clock.

The best was saved for last, though, as Keita arrowed home a stunning volley from the edge of the area to apply gloss to the final scoreline.

Jürgen Klopp’s team have now taken 13 points from their opening five Premier League matches of the season and sit top of the table. 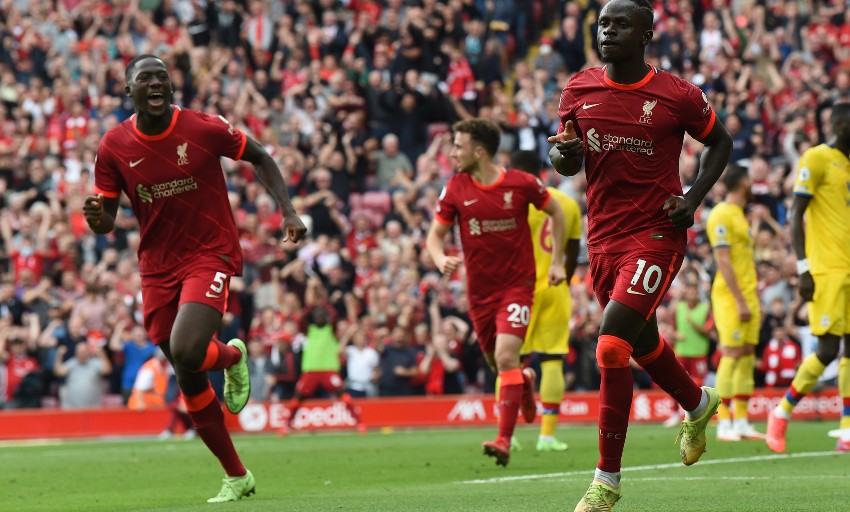 Ibrahima Konate made his competitive debut for the Reds as one of six changes made by Klopp.

Virgil van Dijk, Kostas Tsimikas, Thiago Alcantara and Mane returned to the XI along with James Milner, who started at right-back with Trent Alexander-Arnold out due to illness.

Joe Gomez, Andy Robertson, Keita and Divock Origi dropped down to the bench, but Joel Matip was rested altogether.

Alert goalkeeping by Alisson prevented Palace from taking the lead inside the opening two minutes.

Liverpool could only half-clear a free-kick and Conor Gallagher looped the ball back into the area, with Wilfried Zaha managing to hook an attempt over Alisson that the Brazilian did well to retrieve and claw onto the post.

That narrow escape prompted the Reds into life and Diogo Jota powered a header over the crossbar before Vicente Guaita denied Jordan Henderson.

Patient approach play concluded with Tsimikas delivering a deep cross that Henderson met sweetly on the volley, but Guaita got down quickly to turn it wide at his near post.

Still Palace posed a threat, though, and Konate showcased his pace and strength in tracking Christian Benteke’s run and duly diverting the striker’s shot behind for a corner.

That incident midway through the half preceded Liverpool’s best spell, with Klopp’s side applying concerted territorial pressure that would eventually result in Mane’s opener.

Not before Jota missed a glorious chance to score, however, as the Portuguese blazed over from close range after Guaita had palmed away Thiago’s diving header.

But, two minutes before the break, the Reds went in front through Mane’s landmark goal.

Guaita did well to reach Salah’s glancing header from a Tsimikas corner, but Mane reacted quickest to convert the loose ball to hit three figures and notch for a record-breaking ninth game in a row against the Eagles.

Neither team could establish any rhythm amid a stop-start beginning to the second period, with Klopp forced to make his first substitution of the afternoon on the hour as Keita replaced Thiago after the No.6 picked up a knock.

Keita was soon involved, too, the midfielder dispatching a rising drive goalwards from outside the box that Guaita beat away before blocking Salah’s follow-up attempt.

Alisson was again required to preserve Liverpool’s advantage, the ‘keeper bravely smothering the ball at Odsonne Edouard’s feet when the Palace substitute opted to bring down a cross rather than shoot first time.

And that would prove doubly costly for the visitors as the Reds stretched their lead with 12 minutes remaining courtesy of Salah.

Van Dijk challenged for Tsimikas’ corner and the ball dropped kindly to the Egyptian, who unerringly smashed home a back-post volley prior to ripping off his shirt in celebration in front of an ecstatic Kop.

And Keita's moment of magic - the No.8 meeting Salah's cleared corner with a left-footed volley of technical perfection - rounded off a testing, yet hugely satisfying, afternoon.