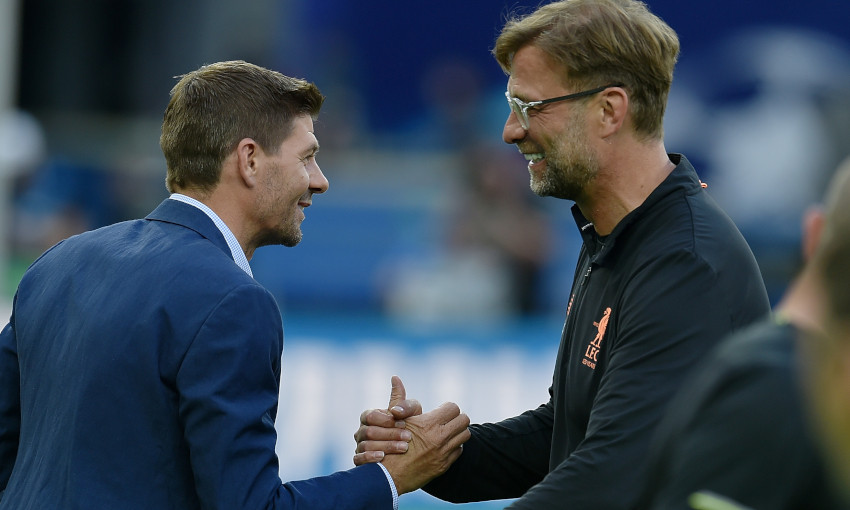 Jürgen Klopp has named Liverpool legend Steven Gerrard the player from the past he most would have liked the opportunity to coach.

The current Reds boss and the iconic former club captain narrowly failed to cross paths at Anfield in 2015, with Klopp appointed in the October after Gerrard had moved to Los Angeles Galaxy during the summer.

They did link up professionally later, however, as Gerrard began his coaching career with the Academy, taking charge of the U18s squad for the 2017-18 campaign before becoming Glasgow Rangers manager.

A post-season friendly in Australia in May 2017 had also provided a brief chance for Klopp to work with Gerrard as a player – a tantalising scenario he wishes would have happened for real.

“That’s easy. It’s Stevie,” Klopp told This Is Anfield when asked which player from history he would like to have coached.

“When we played in Sydney three or four years ago and after the season we didn’t have a proper team, we invited McManaman, Agger, Jamie Carragher and Stevie.

“But Stevie, what a player he still was then! I think he was already retired but probably a youth coach here. Incredible.

“Stevie and me together in the roles, he as the man on the pitch and me as a coach, that would have been nice. So it’s Stevie.

“Six years ago it would have been a different answer but now I’m here and now I know him as a person and as a player so that’s now an easy answer.”