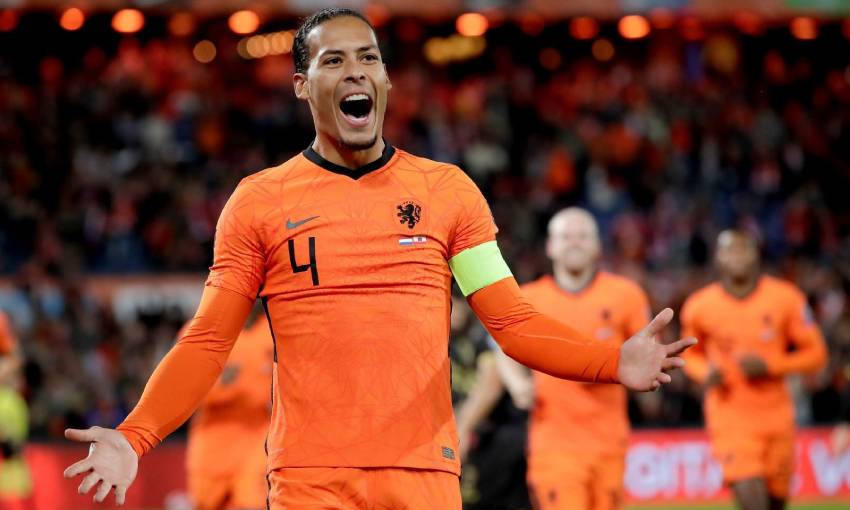 Virgil van Dijk was on the scoresheet on Monday evening as a trio of Liverpool players were involved in international fixtures.

The defender opened the scoring in the Netherlands’ 6-0 victory against Gibraltar in a 2022 World Cup qualifier.

Van Dijk freed himself from a marker to head in Memphis Depay’s corner at the near post after nine minutes of action in Rotterdam.

Liverpool’s No.17, who appeared as a 57th-minute substitute, started a breakaway for the visitors and played Smith-Rowe through on goal with a well-timed pass.

Elsewhere, Mohamed Salah captained Egypt to a 3-0 win over Libya in the CAF section of World Cup qualifying.

Neco Williams was an unused substitute as Wales won 1-0 at Estonia.