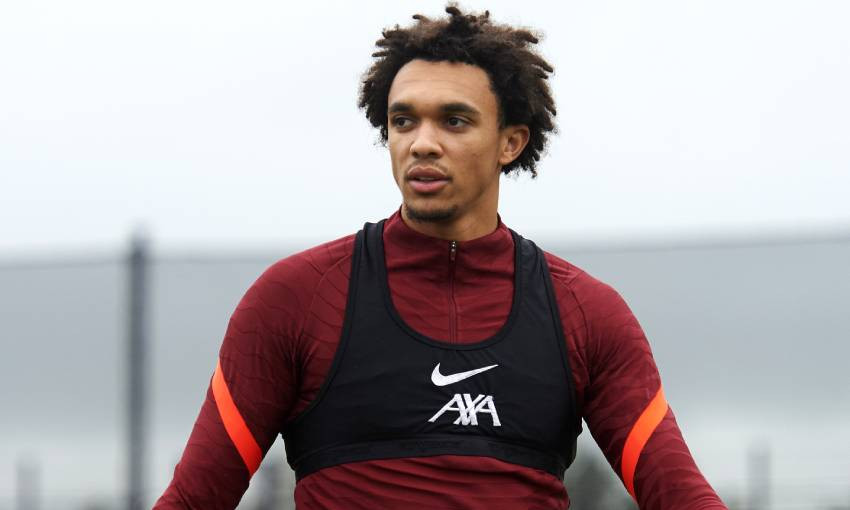 Manchester United 0-5 Liverpool: How it unfolded at Old Trafford

Trent Alexander-Arnold and Mohamed Salah's attacking threat has been enhanced this season by a simple tactical tweak.

Jürgen Klopp recently explained how a 'really flexible triangle' on Liverpool's right-hand side can give the team an offensive advantage.

Working in tandem when the ball is near them, Alexander-Arnold, Salah and the right-sided midfielder have been given licence to 'enjoy' themselves and instinctively take up positions that can hurt the opponent.

So far, so good. Salah is the best in the world at the moment, according to his manager, while the No.66 continues to be one of football's most creative players from his right-back role.

Virgil ➡️ Harvey ➡️ Trent ➡️ Sadio What a move this was to seal all 3️⃣ points in #LIVBUR 🤩 https://t.co/jON1hOfefE

"It's just playing with freedom, to be honest – especially more this season," Alexander-Arnold explained in a conversation with Liverpoolfc.com.

"Not that there were really any shackles on, but the shackles have come off for us. It's kind of just flowed really.

"Obviously me and Mo are the two ever-present on that side and then whoever comes in – whether it be Hendo, Harvey, Naby or anyone really – it's just flowing.

"It's just having that flexibility but also having a sense of discipline and having players, like the two centre-halves, who can organise things when we kind of get ahead of ourselves and start doing some crazy things down there!

"Like I said, it's flowing well and teams are finding it difficult to deal with. It's just a natural sense of where to be at the right time.

"There's no real instructions, we understand there's principles to our game and where to be when the ball's on the other side and things like that.

"But when it comes over to us then we've kind of been given licence to just enjoy ourselves, go and create things, go and attack, go and cause problems for the opposition.

"It just feels right, to be honest. Of course there's a shape to the team, there has to be a sense of discipline and security when we're attacking.

"But I think for the most part when I've been playing the position I've always felt a freedom – and more so this season, being allowed to drift in wherever I want and just finding space where I can, not just having to stay on the touchline and keep the width.

But even some of Salah's magic this season has taken his right-side partner aback.

Alexander-Arnold's astonished grin after the Egyptian's wonder goal at Watford last weekend was the same reaction for the solo strike against Manchester City.

"It's not the first time he's done that, to be honest," Trent continued. "He's doing special things on the pitch at the minute.

"He's someone who dedicates a lot to his craft, to his game and someone who I've been able to build a good relationship with on and off the pitch.

"He's a credit to himself and his family. I just hope for us that he'll be able to keep it up for the season."

For all the talk of Liverpool's attacking impetus, Alexander-Arnold believes defending will be equally, if not more important this weekend.

The Reds travel to Old Trafford to take on Manchester United, who have scored the joint-second-most goals in the Premier League so far this term.

On what will be required on Sunday afternoon, Alexander-Arnold said: "I think, first and foremost, it's having a good defensive structure.

"They have outstanding attacking talent that we need to kind of keep quiet. They've got big names, they're a strong, attacking side on the back of a good comeback in midweek, so they'll have a bit of confidence.

"But I think our defensive shape will be the foundation for the result, for the performance. Get that right and then go and build with the ball and go and attack their weaknesses really.

"We'll analyse where they're weak, what we can do to get past them, around or over them.

"It'll be an interesting game, a tactical one, it'll be full of passion for it. But we are confident going into it."

Old Trafford was the venue where an 18-year-old Alexander-Arnold made his first start in the Premier League.

There have been a further 121 top-flight starting berths for him since that 1-1 draw in January 2017. 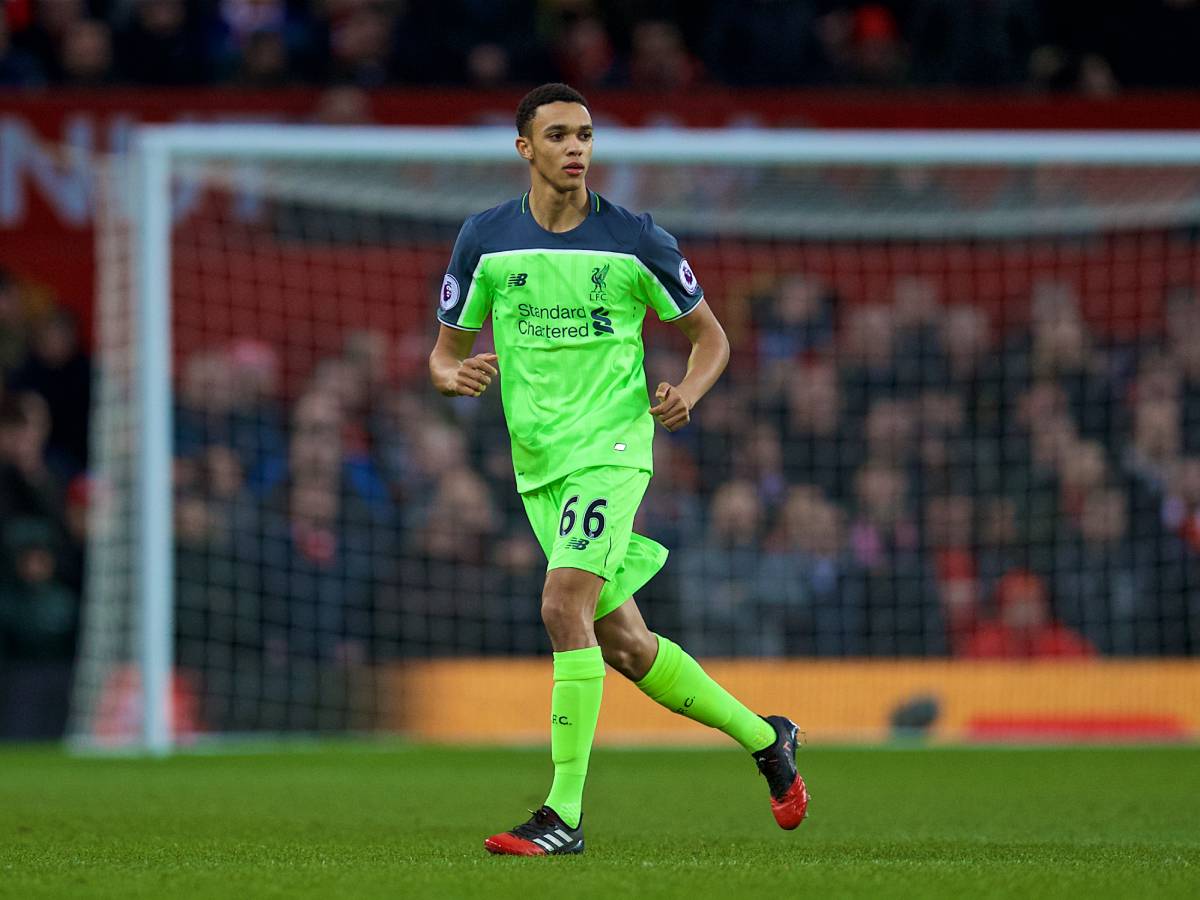 "I was in the unknown really, so I didn't really know what to expect," the 23-year-old reflects on that afternoon. "I suppose that's changed.

"Obviously there were a lot more nerves back then. I was nervous, it was the first time I'd ever been to Old Trafford in any capacity so I was wondering what it was going to be like and things like that. To find out I was playing, obviously that's when nerves hit.

"But as for now, I just try to think of every game as just another game. It's a big game but it's still 90 minutes, the objective is still the same: to go and win and stop the opposition. All that stays the same and I just try to focus on things that I can control."

Alexander-Arnold was back in Liverpool's line-up for the victories over Watford and Atletico Madrid.

He's fully fit again following a recent adductor injury and is hoping to close out an important week in the best possible way.

The Scouser finished: "Every player will say that they hate being injured and it's difficult to sit there and watch the team. I want to be out there as much as I can.

"Obviously it was quite a short one and I only missed two games, but nonetheless it still hurts.

"But it was a chance to work on things, get better and come back after the international break fitter, stronger.

"Put that behind me, the injury, and try to build on that. Two decent performances and obviously try to make it a third now."