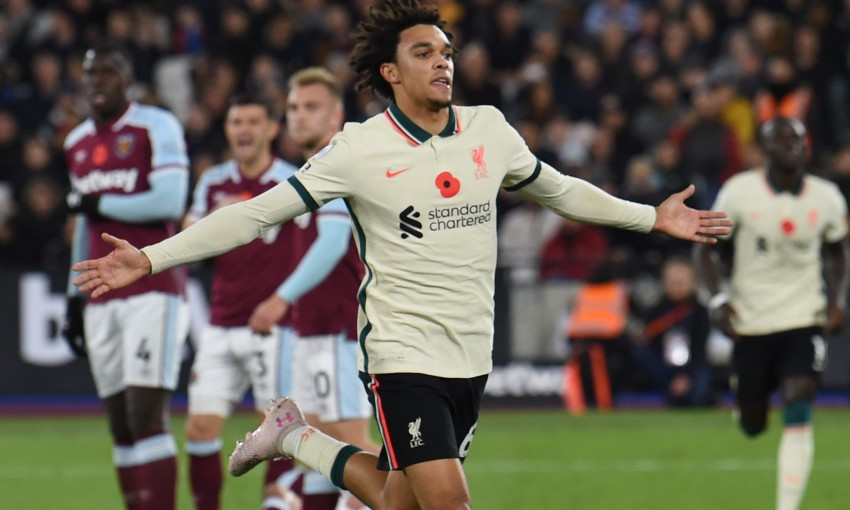 Trent Alexander-Arnold's sumptuous free-kick against West Ham United is up for the November Premier League Goal of the Month award.

The right-back found the top corner with a superb effort during Liverpool’s 3-2 loss at London Stadium.