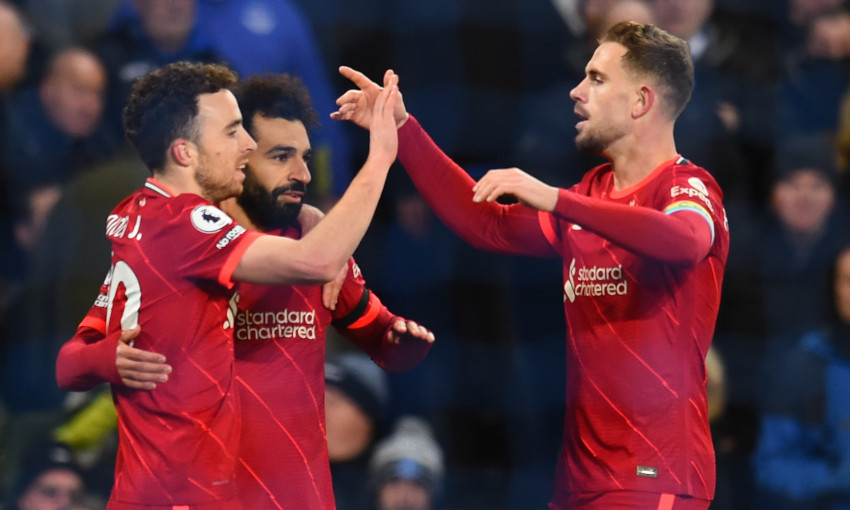 Jordan Henderson broke the deadlock after nine minutes in the Premier League contest with a fine strike, before Salah doubled the advantage not long after.

Demarai Gray halved the deficit later on in the first half, though Salah's second and a Diogo Jota finish after half-time wrapped up the three points for the Reds.

Jürgen Klopp opted to make one change, with Joel Matip coming in for Ibrahima Konate in the heart of the defence.

It was Matip who had the first goalscoring opportunity of the contest inside two minutes, the centre-half heading just wide from a Trent Alexander-Arnold corner.

Salah then went close on two occasions before the deserved breakthrough arrived.

Following an Andy Robertson cut-back, Henderson's left-footed strike from the edge of the penalty area was too far in the corner for Jordan Pickford to keep out. 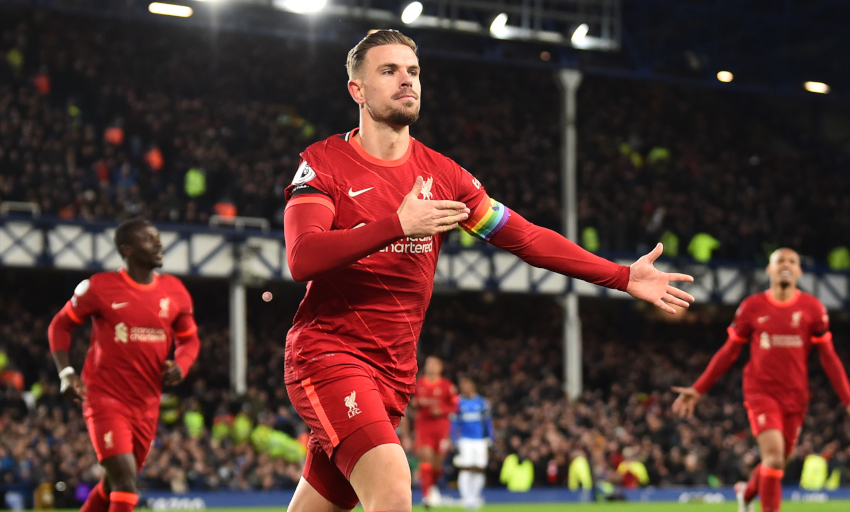 The skipper then delivered the assist for the Reds’ second in minute 19.

Thiago Alcantara won back possession in a central area, laid the ball off to his midfield partner, who sent a ball towards Salah in the right channel.

Charing towards Pickford's goal, the Egyptian kept his composure and slotted beyond the Everton stopper for his 18th of the season.

But the hosts pulled one back towards the end of the first half. Richarlison sent Gray through on goal and the Everton No.11 proceeded to fire past Alisson Becker.

Ben Godfrey and Thiago were on hand at either end to clear away goal-bound efforts in the closing moments of the first half.

Kicking off the second period, Godfrey again made an important block, stopping Sadio Mane's shot from threatening the goal.

Liverpool restored their two-goal advantage just past the hour mark.

Salah pounced on a loose touch from Seamus Coleman and raced towards goal. Having held off the Everton skipper throughout his run, the No.11 finished by calmly rolling the ball past Pickford.

That goal put the visitors in full control, and they added their fourth goal of the night 11 minutes from time.

Robertson fed Jota inside the box, with the forward spinning past Allan and firing into the roof of the net.

Liverpool professionally closed the game out before saluting a joyous away end at the full-time whistle.

Inside Goodison | Incredible away end in unforgettable derby win

Diogo Jota: That's a win for the history books