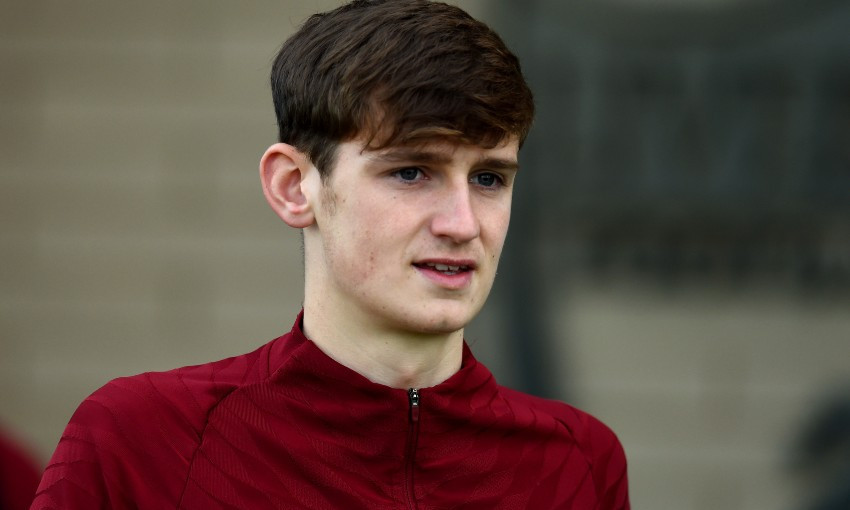 Liverpool’s players are ‘buzzing’ to return to action by getting their Emirates FA Cup campaign under way, Tyler Morton has explained.

After a week that included the postponement of the Carabao Cup semi-final first leg against Arsenal and the temporary closure of the AXA Training Centre due to a significant number of suspected positive COVID-19 test results, the Reds are now preparing for their third-round meeting with Shrewsbury Town.

And the teenager has detailed the feeling of excitement among the squad at the prospect of playing again, with youngsters at the Academy hopeful of being called upon.

“That’s what he’s best for, the manager: I’ve said it time and time again, he’s probably the best manager in the world for giving out opportunities and he’s given out a lot to the lads that play U23s,” the midfielder told Liverpoolfc.com.

“Me included, he’s given me a lot of opportunities and we couldn’t speak more highly of him as a team. We’re all buzzing and especially the FA Cup coming up, it’s known for having youngsters playing in it.

“Who knows what will happen but maybe he will give a few chances out, but everyone is buzzing. Even the senior players, everyone just wants to play footy. That’s what we’re here to do and we’re here to win.” 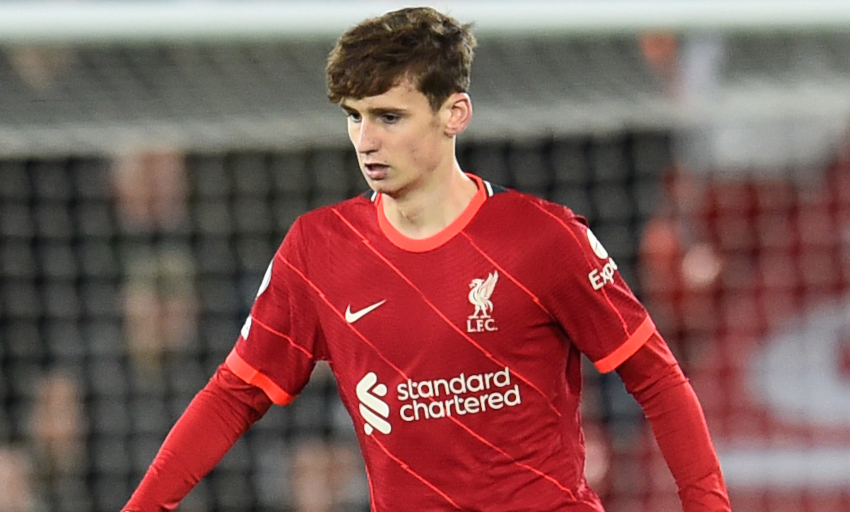 Tyler, it’s been a crazy time. Has it been a case for you and the players of just trying to remain focused and prepare as best you can?

Yeah, 100 per cent. We try to remain focused through everything, to be honest, and especially through tough times for everyone at the club and for every club in the Premier League. The main thing is that you’ve got to stay ready because anything can happen and as you can see, the FA Cup’s definitely going on and everyone is buzzing about it because we’re playing a game – especially me!

How have you found your season so far? I guess it’s gone as well as you could have imagined?

One hundred per cent, yeah. Not what I expected at the start of the season, to be honest, but I’m absolutely buzzing with all the chances that I’ve got and I’ve still got a long season ahead. Still got another half of the season to go so I’m just making sure I remain focused as well and we’ll see what happens.

What’s been the biggest thing to adapt to?

How have you found it physically?

It’s a lot harder, especially physically. The physical side of it is what the Premier League is known for and how fast it is. You’ve got to just be clever with your touches and you’ve just got to be really switched on. Every single player in the Premier League is a clever footballer and that’s something else you’ve got to adapt to as well. I think I’ve adapted quite well. Hopefully I’ll keep pushing up.

Which opponent has given you the biggest test so far?

To be honest, it’s never just me. When you play you’ve got all the players around you, so to be decent he’s got to beat me and someone else next to me because at Liverpool especially it’s never one-v-one, you’ve always got your mate helping you or someone helping you. Especially when you’re young, people know that, especially the experienced ones, they know that they need to help the youngster out. So, probably Maddison; a very good player, James Maddison, just because of his movement and his cleverness.

You’ve played in so many big games this season, has there been a moment when it’s properly hit home where you are? Hearing the Champions League music, for example…

Definitely. Champions League was the main one because when the camera comes around you mess around with your mates and stuff, but when it was happening it was surreal, to be honest! It was mad, but that’s why I’m playing. That’s where I want to be, so to play in the Champions League for Liverpool is a really massive achievement for me and my family, being big Reds. 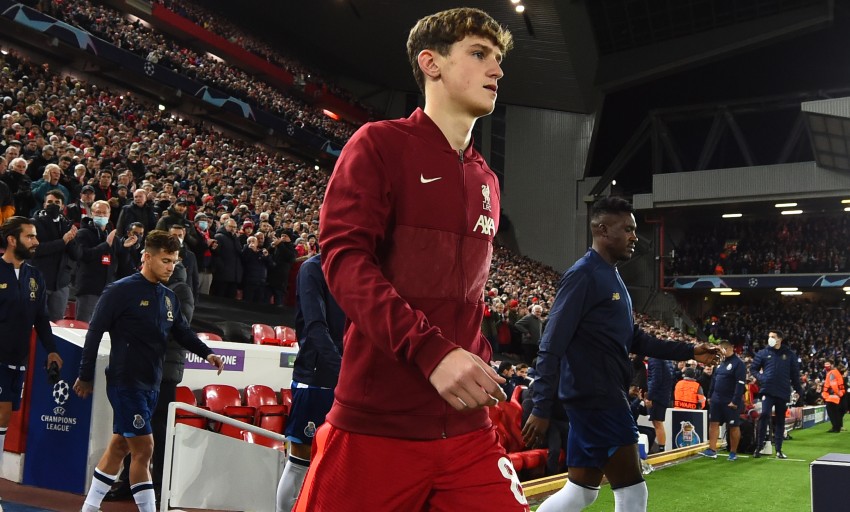 Are you acting as a sponge, trying to absorb everything that’s going on?

Yeah, 100 per cent, because of the players I’m playing with and the staff I’m working with. It’s an elite level, it’s probably the best level because in my opinion Liverpool are one of the best teams in the world. I’ve just got to sink everything in to help me along my journey, wherever that is, wherever that ends. I’ve just got to sink everything in because I am playing with the best players in the world. How they conduct themselves around the training ground and how they conduct themselves when they are about to play a game; stuff like that is something I can take in and follow in my career.

Is that almost the biggest eye-opener? How the senior players act and conduct themselves around the training ground, not just on the pitch?

Yeah, it’s crazy when you’re there. You don’t understand until you train with them how hard they work and how passionate they are about it and stuff like that. Every training game is a proper game, no messing about, everyone wants to win and there’s a few moody faces when you don’t win! That’s what football is all about. It’s boss.