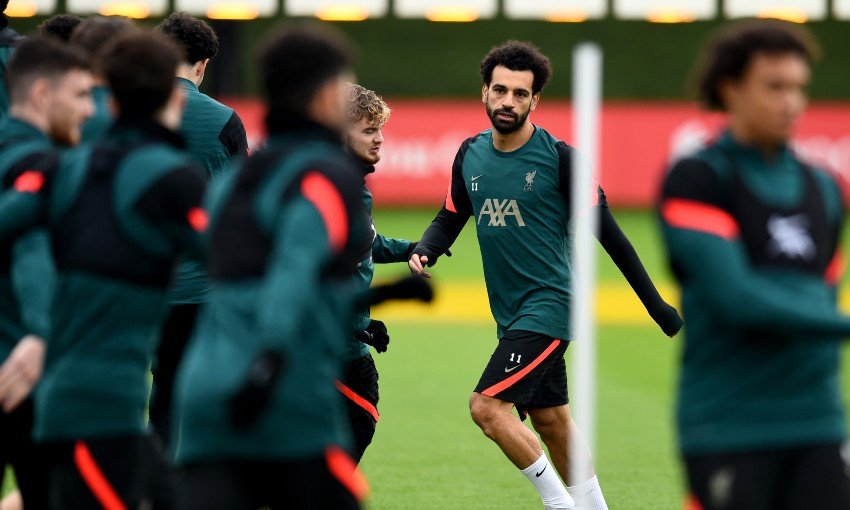 Mohamed Salah could return for Liverpool’s clash with Leicester City but Jordan Henderson’s fitness will be monitored prior to Thursday’s game at Anfield.

Salah is back on Merseyside having missed the Reds’ last six matches due to Egypt’s participation in the Africa Cup of Nations and Jürgen Klopp told Liverpoolfc.com on Tuesday that he is in contention to face the Foxes.

Henderson, though, may not be available after he sustained a back issue during last weekend’s victory over Cardiff City in the Emirates FA Cup, while Sadio Mane will certainly not feature.

The forward is set to arrive back in the UK on Wednesday evening following the celebrations in Senegal after their AFCON triumph.

“Hendo has a little bit [of a] back problem from the last game and Sadio is not here, but neither issue will be long term, so that’s good,” Klopp said, during Wednesday’s press conference.

Klopp also confirmed that Luis Diaz is fit after the new signing picked up an impact injury to his knee against Cardiff. Elsewhere, Joe Gomez and Alex Oxlade-Chamberlain are back in training after testing positive for COVID-19 last week.

“It’s pretty much the same squad from the weekend’s game, there’s no fresh injuries,” said Rodgers, who welcomed Ricardo Pereira back to action at the City Ground.

On the task awaiting the Foxes at Anfield, Rodgers continued: “We’re playing against a top team with top players. You have to run, to work, you have to take opportunities and then get a bit of luck. Let’s see if we can perform to a much higher level than we did at the weekend.”