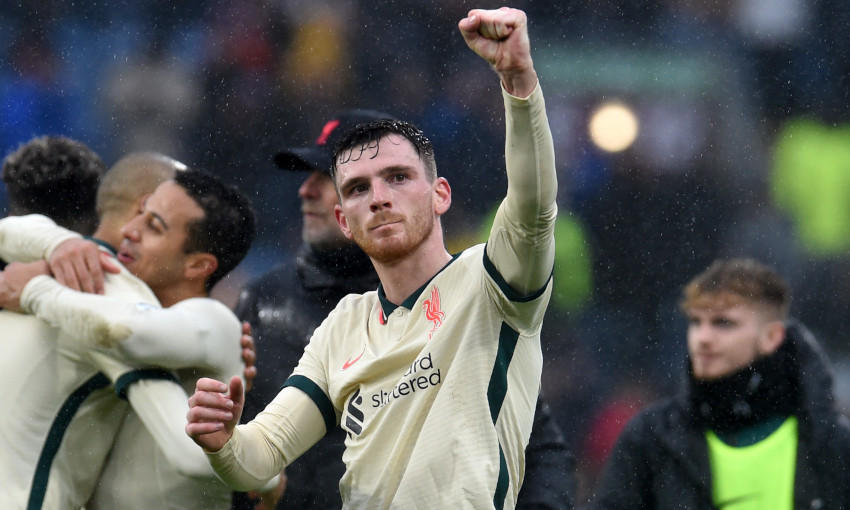 Liverpool can be pleased to have emerged from a tricky game at Burnley with three points as they now prepare for the resumption of Champions League football, said Andy Robertson.

Fabinho’s 40th-minute strike gained the Reds a 1-0 Premier League win at a windswept Turf Moor on Sunday as they overcame both the elements and stubborn opposition.

It was a fifth goal in seven appearances for Fabinho and one of significance, keeping Jürgen Klopp’s side on the trail of leaders Manchester City in the table.

Attention must now swiftly change, however, as Liverpool prepare for the first leg of their Champions League last-16 tie with Serie A side Internazionale.

Liverpoolfc.com spoke to Robertson after the final whistle at Burnley to get his thoughts on a difficult but satisfying day, the team’s new ‘goalscoring machine’ and the midweek return to San Siro…

That was a really hard-fought three points on a difficult afternoon. What are your thoughts on the game?

It was a horrible day, really tough and Burnley made it difficult for us. I thought they played a really good game but I think we stood up to every challenge they had. Our two centre-halves won a lot of headers, Fabinho won a lot of headers, me and Trent covering them, and [the] midfield winning balls and trying to win it back, and then it was just about trying to find that one bit of quality. Luckily, we got it and we could have maybe had a couple more, but 1-0, we’ll take it, we’ll take the three points and now we have to move on.

The goal came at a time when Burnley had a few chances themselves. Psychologically, to take that lead just before you go into the break is a big boost?

Yeah, it was big. We had to calm down a little, we had more time on the ball than we thought; a couple of us probably rushing it a wee bit and thinking we had more pressure on us than we did have. The goal came at a really good time, just before half-time. They were on top at that time probably for a brief spell, but Fabinho the goalscoring machine pops up in the right place again! Second half, we were pretty comfortable, I don’t think they had many chances. We had a couple of breakaways where we could have made better decisions, but it’s all about three points. Really happy with the clean sheet, I thought we worked really hard for it and we can be satisfied with what we’ve done today. 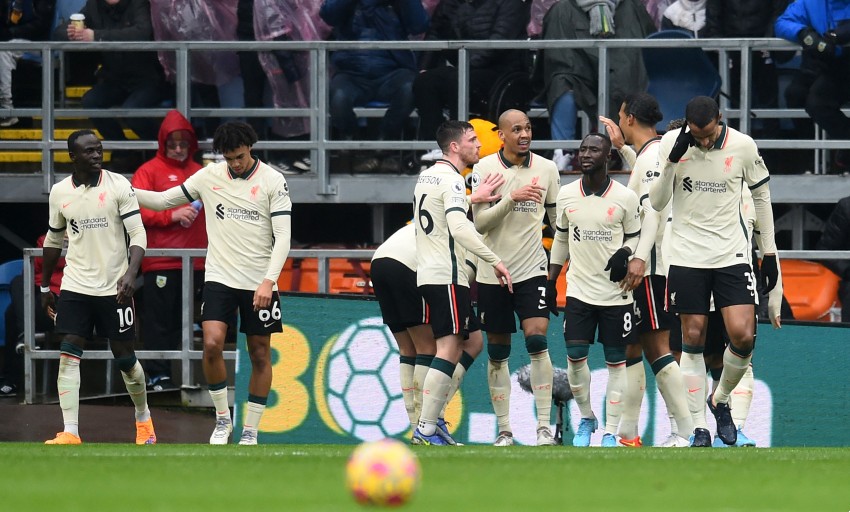 It’s some run Fabinho is on at the moment…

His all-round game has been magnificent. He is well known for breaking up the play and getting the balls back and feeding the strikers more so, but he seems to be popping up at the right place at the right time just now. It was a striker’s finish today, he was there to put it in the back of the net. At the start of the season we knew we all had to chip in. Some have chipped in obviously more than others but I think that’s five goals in the last seven games from Fab, an incredible run of form and long may that continue. Long may people keep on chipping in and keep scoring goals because we can’t always rely on the front men to put it in the back of the net.

The games are coming thick and fast, it’s Burnley to Milan – how much are you looking forward to that one on Wednesday?

Yeah, obviously the group stages to the last 16 is the biggest wait for the Champions League. Once the draw gets done you get excited about it and you look forward to that challenge ahead. It’s going to be incredibly tough. Inter are going really well in Serie A, up fighting at the top and we’ll try to keep pushing on all fronts. We’ve got a tough game away first and we need to be at our best and do what we’ve been doing over the last six to eight weeks. If we do that, I believe we can get a positive result. But we look forward to it – an iconic stadium, an amazing stadium, I’m sure the crowd will be fantastic and we’ll bring a big away support. We are really looking forward to it.