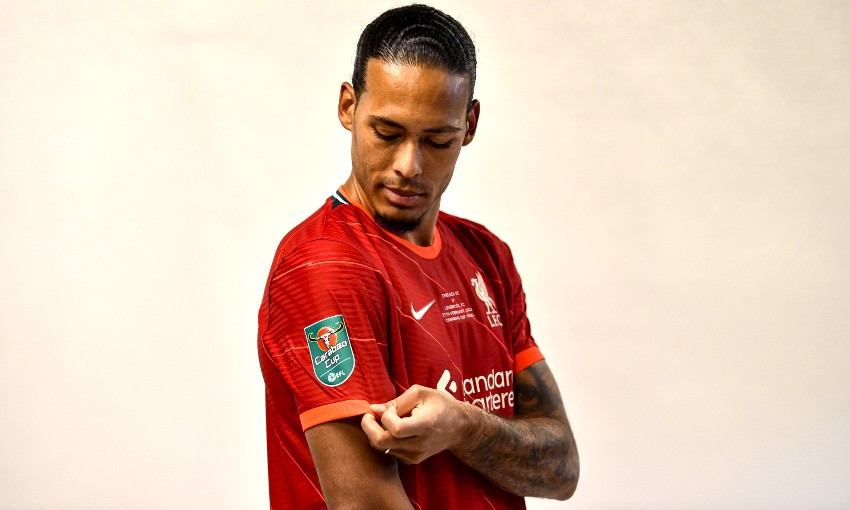 Inside Anfield | New footage of comeback win crowned by Diaz

Sunday's Carabao Cup final is an occasion Virgil van Dijk's season has been building towards.

Liverpool will take on Chelsea with English football’s first major trophy of the season up for grabs and the No.4 cannot wait for the showpiece at Wembley, where he could lift the fifth piece of silverware of his Reds career.

“Yeah, definitely,” Van Dijk told Liverpoolfc.com, when asked if the final was the kind of match he had in mind when joining the club a shade over four years ago.

“You work so hard from pre-season to get silverware, awards, to win games and that’s how I feel about this as well.

“It’s a competition where we give a lot of young players the chance; we rotate a lot because we have been in so many competitions, but now we’re in the final and looking forward to getting that trophy [but] it’s going to be very hard because Chelsea are fantastic.

“It’s going to be the first time for me playing in a domestic final with the club at Wembley [and] I’m definitely looking forward to it. It’s going to be exciting and hopefully we can get our hands on the trophy.” 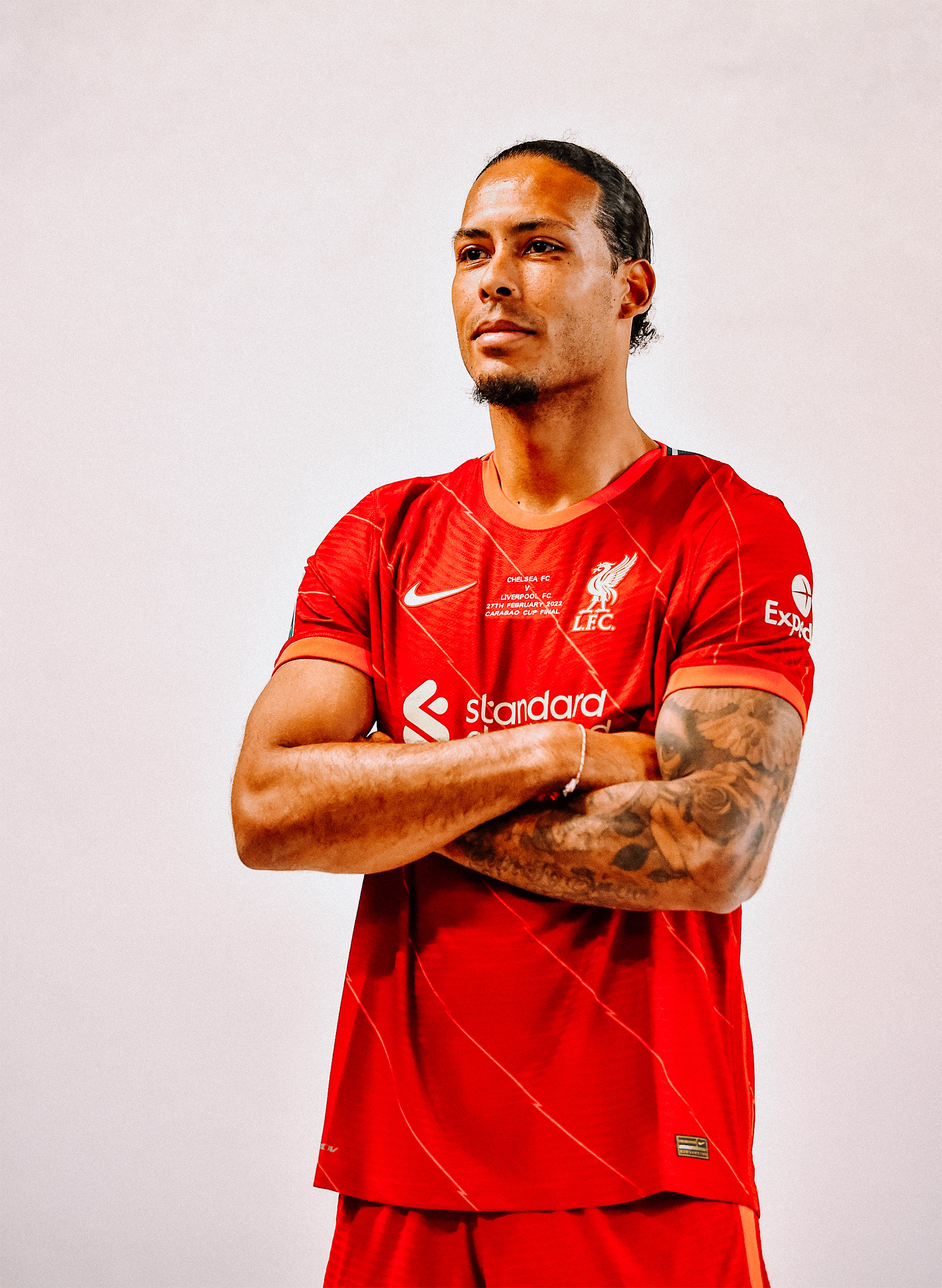 Van Dijk, of course, missed the majority of last season due to a knee injury but has progressed back to his imperious best over the course of 2021-22.

Does the fact he was unable to play for nearly a year make the Netherlands captain appreciate moments such as these even more?

“Even before the injury I appreciated it already so much,” Van Dijk replied.

“I’m not the youngest anymore - definitely not the oldest - but times are flying past and I just want to go out there and enjoy it and enjoy my teammates, where I am today, playing for Liverpool.

“It's unbelievable and I am enjoying every bit. My family is enjoying it so that is obviously a big reason of why I signed a new deal, because I just want to keep on enjoying and appreciate everything I have.

“After the injury last year and where I am today, after how I was last year, I am very proud of myself [with] the number of games I have played. Things can obviously still improve but I'm very content.” 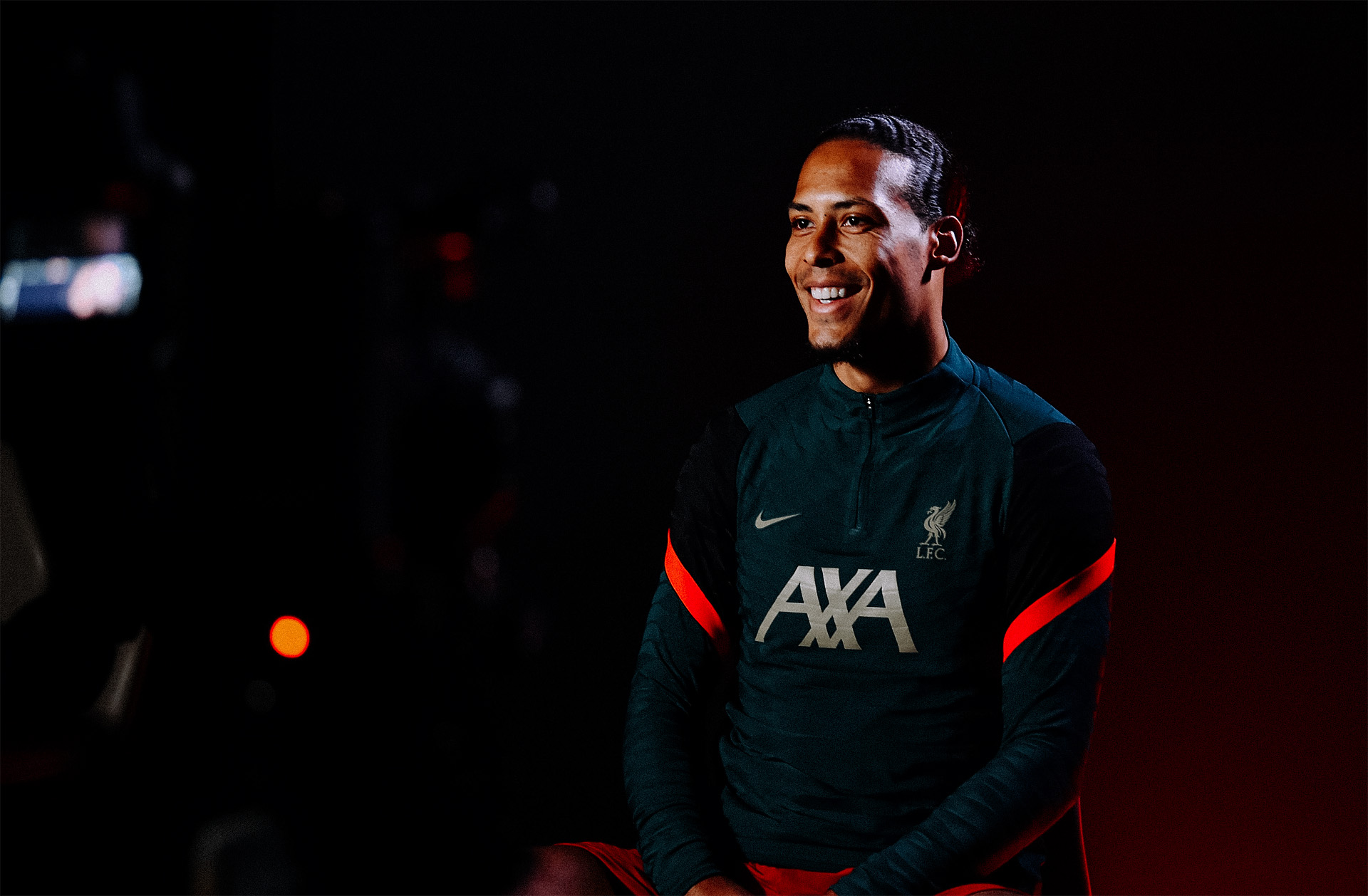 The Carabao Cup is one of the few prizes that has, to date, eluded Van Dijk and the champion squad Jürgen Klopp has assembled.

“I don’t think we need any extra motivation, in my opinion, but it is something that we want as a group and we have the chance to go out there and try to win it,” the centre-back stated.

“That’s something to be very excited about and I’m looking forward to it as well.

“Obviously we can't think about that yet but it [winning a trophy with weeks of the season remaining] could help. It is still a big hurdle to overcome and we will see how it affects us, which is hopefully in a positive way.”

Both of Liverpool’s Premier League meetings with Chelsea this term ended level, with an early-season 1-1 draw at Anfield being followed by a pulsating clash that finished 2-2 at Stamford Bridge last month.

And Van Dijk is anticipating another hard-fought battle with Thomas Tuchel’s team.

“Yes, [it’s] definitely not going to be a one-sided game, in my opinion,” he said.

“Like I said before, they are a fantastic team, good manager and tactics-wise they are very good, and it is never going to be easy against them. The good thing is that we have fantastic quality all over the pitch, we can be decisive as well so to get that trophy would be a fantastic achievement.” 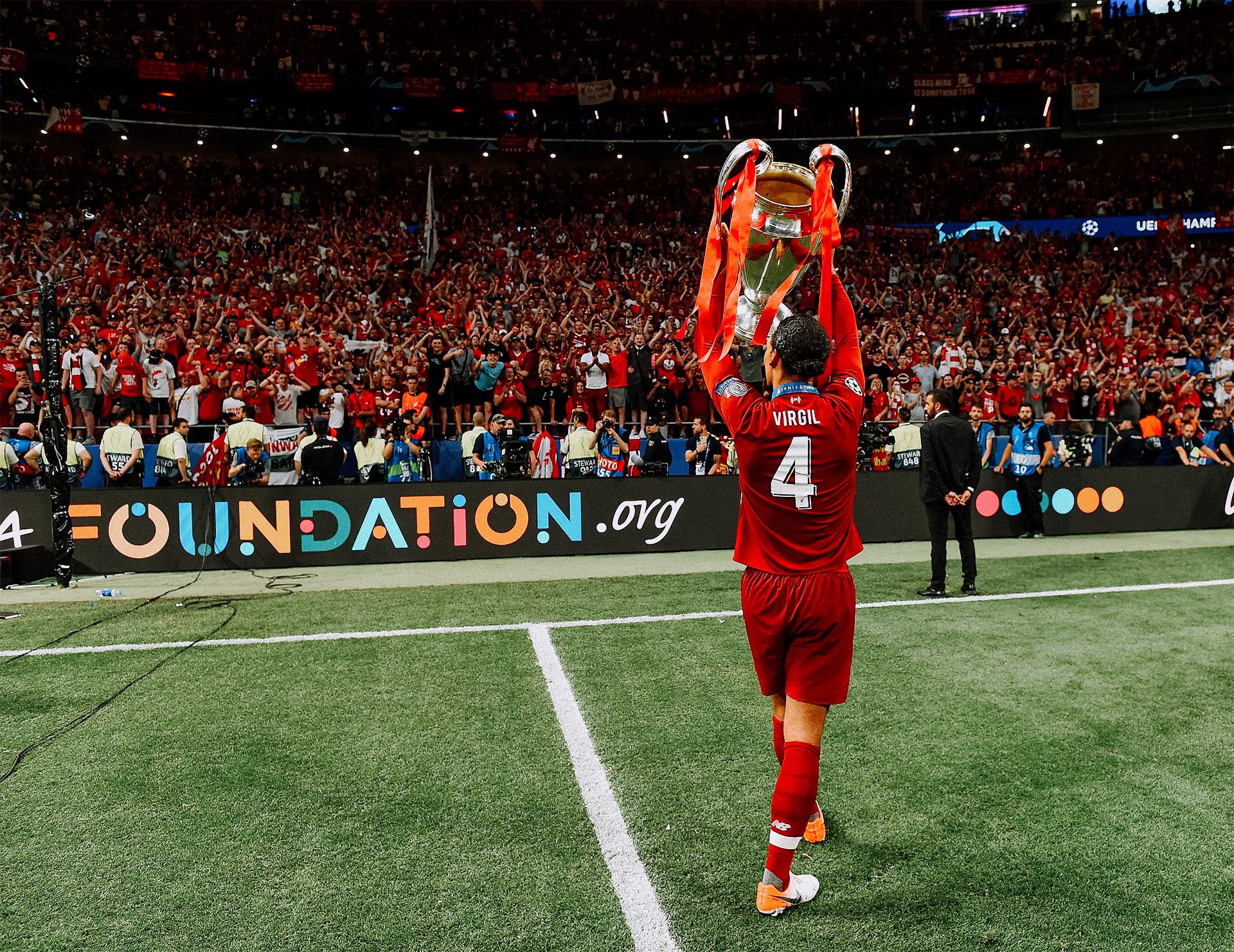 Van Dijk has spoken previously of how he watched in awe videos of the travelling Liverpool fans’ pre-match party in Madrid ahead of the 2019 Champions League final.

Their end of Estadio Metropolitano was a sea of red on that sweltering evening in the Spanish capital, just as had been the case in Kiev 12 months earlier.

So, can the supporters also play their part at Wembley?

“Yeah, definitely. I have no doubt that they will make a massive difference on that day,” Van Dijk responded.

“They are always there, they are always going to turn up in high numbers and there is never any doubt about that, which is a nice feeling as well. You never have to worry if your stadium is sold out and that is a good feeling, to always have that backing.

“The most important thing we need to do is to give everything we have and show that quality we have on the pitch - and hopefully we can celebrate all together after the game.”