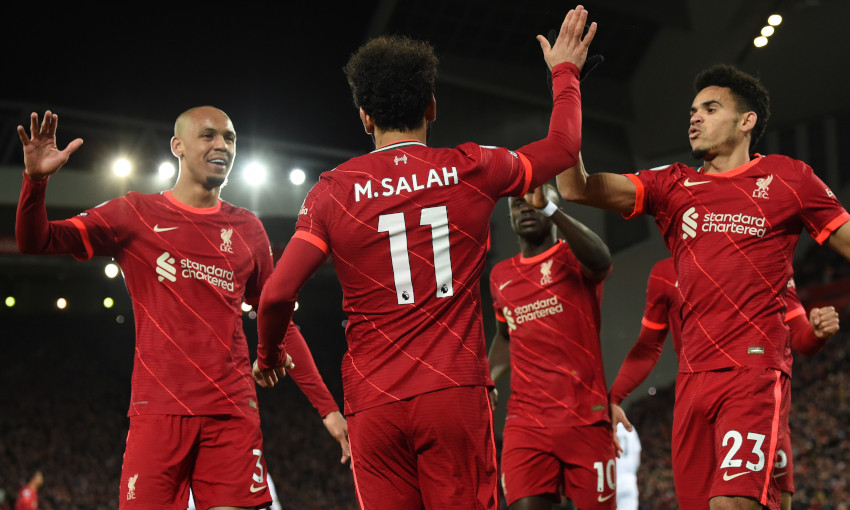 Liverpool narrowed the gap on Manchester City to three points at the top of the Premier League table with a resounding 6-0 victory over Leeds United on Wednesday night.

Two first-half penalties from Mohamed Salah came either side of a sublime Joel Matip effort to give the Reds a commanding advantage at the interval at Anfield.

Sadio Mane added a fourth with 10 minutes remaining, crashing the ball home first time from Jordan Henderson’s low delivery, before tapping in another after Divock Origi’s effort had been saved.

There was still time for Virgil van Dijk to head in a sixth in stoppage-time – and the result stretched Liverpool’s winning sequence in the league to six matches and closed the gap on the leaders ahead of Sunday’s Carabao Cup final with Chelsea at Wembley.

It was Thiago’s 50th appearance for the club following his transfer from Bayern Munich in September 2020.

The stakes were clear for Liverpool as they started the contest at Anfield – and they almost made the perfect opening to the evening when Mane slipped Luis Diaz into space on the left of the box with four minutes played.

The No.23 stepped inside two challenges onto his right foot, but saw his shot crash against the supplier of the initial pass and go behind.

At the other end, Alisson Becker survived a scare when Daniel James pinched possession from him, though Matip was on hand to avert the danger. 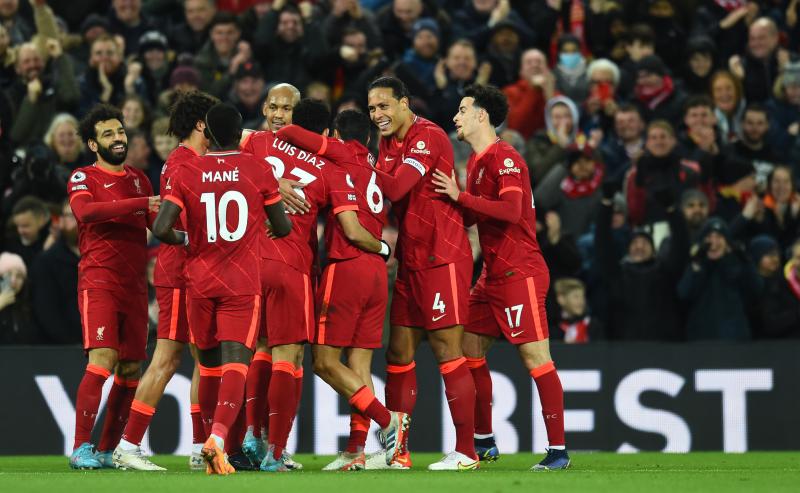 Nevertheless, the Reds did open the scoring with 15 elapsed when Stuart Dallas’ handball from an Andy Robertson cross presented Salah with a chance to convert from the penalty spot.

The division’s top scorer did just that, making no mistake with a low finish into the bottom corner.

Leeds could have fallen further behind shortly after had Illan Meslier not kept out Diaz’s close range shot after the forward had outstripped Luke Ayling on the left to race into the area.

The visiting goalkeeper then repelled an attempt from Jones before Marcelo Bielsa’s side had an effort ruled out for offside when Raphinha tapped in.

Back at the other end, a speedy counter resulted in Robertson’s shot on the turn being kept out by Meslier.

Then, with half an hour played, the moment many have been waiting for finally arrived. Matip embarked on a trademark maraud forward from the back, laid the ball wide to Salah and then swept in the Egyptian’s instant return with aplomb.

Liverpool were now firmly in the groove – and Ayling’s trip on Mane after Salah had spun Junior Firpo and threaded a ball through for his fellow forwarded presented the opportunity of a third from the spot.

The No.11 assumed responsibility once more – and this time beat Meslier by thumping the ball in from 12 yards. 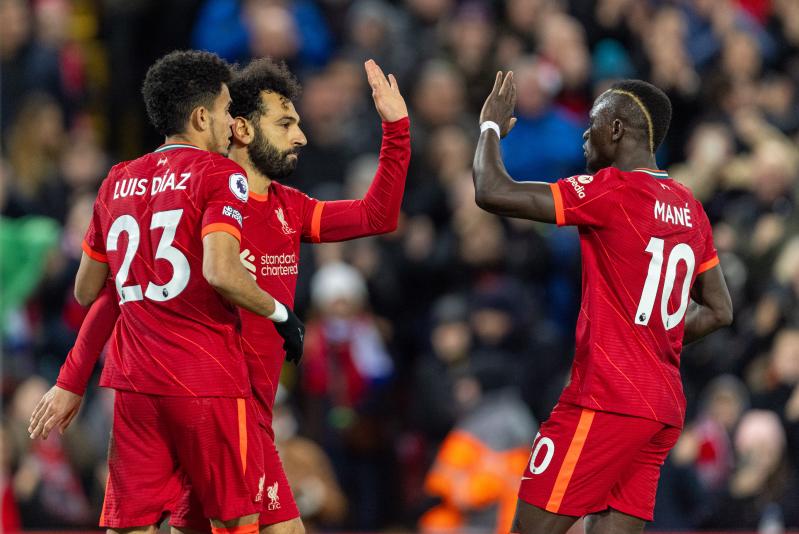 Fabinho spurned a glorious chance for a fourth before the break, scuffing wide when unmarked after the ball fell for him from a free-kick before Salah had a lofted effort cleared off the line by Firpo in stoppage-time.

Liverpool reassumed their dominance after the interval, with Meslier denying Salah the hat-trick after a typical slalom into the area close to the hour.

The forward then scooped over when well positioned after a neat one-two with Jones, while Raphinha tested Alisson from the corner of the area as Leeds endeavoured to find a route back into the contest.

Dallas then scooped off target from a Firpo centre, while Meslier blocked from Jones at the near post with his legs.

Liverpool increased their advantage with 10 minutes left of normal time, however. Henderson intercepted Meslier’s clearance and touched it off to Salah, who returned the ball into the path of the captain’s dart into the area.

Henderson squared first time for Mane in the centre, with the No.10 firing the ball into the roof of the net from 10 yards. The Senegal forward added another soon after, nudging in after Meslier had saved from Divock Origi.

Then, in stoppage-time, Van Dijk capped a fine night’s work Jürgen Klopp’s side by headed in from a corner as the Reds cut Manchester City’s lead to three points at the top heading into Sunday’s Wembley showdown.