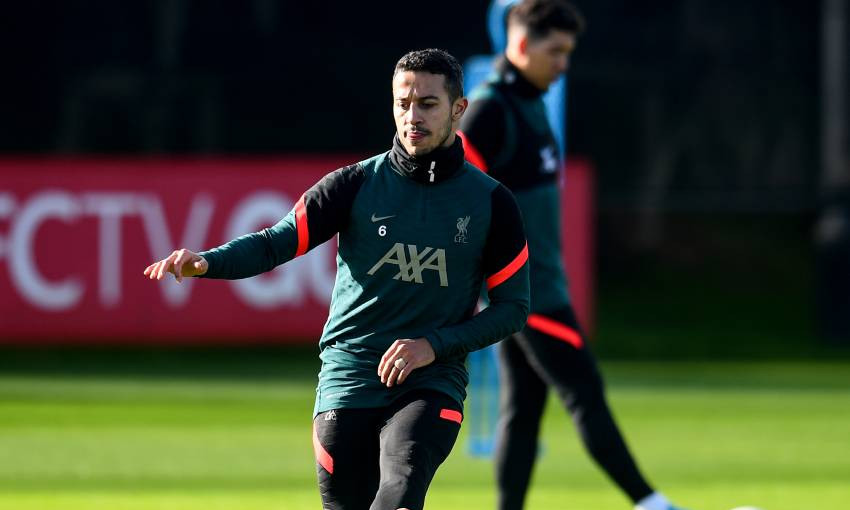 Thiago continues to be sidelined with the hamstring issue he sustained during the warm-up for the Carabao Cup final, while Matip is suffering from illness.

Curtis Jones and Naby Keita will be assessed ahead of Saturday's 5.30pm GMT kick-off at Anfield.

Roberto Firmino, meanwhile, is closing in on a return to full training after his muscle injury.

Klopp told a press conference: “So, you’re right, strength in depth is really important, no doubt about that, especially when you have to play different competitions. But we have players who are not available.

“I'm pretty sure that nobody will tell me differently because yesterday he didn't train, Thiago will not be available for tomorrow.

“Curtis is not bad but if it is good enough to go again tomorrow, I don't know.

“Joel Matip is ill – no COVID, nowadays you can be ill in different ways as well – so he will not be available.

“So all of a sudden, we played a tough game midweek, all these kind of things, so we still wait a little bit for who is how in which moment. So from eight midfielders – Naby we don’t know – to four midfielders in a week, that can happen easily.

“So we have to make sure that we stay as fit as possible because we have a lot of games to play in these upcoming months.”

He added: “Naby was not in the squad on Wednesday. Bobby is looking good but not good enough for the weekend. I think the plan is that he trains on Sunday, first time. That sounds then doable for Tuesday.”