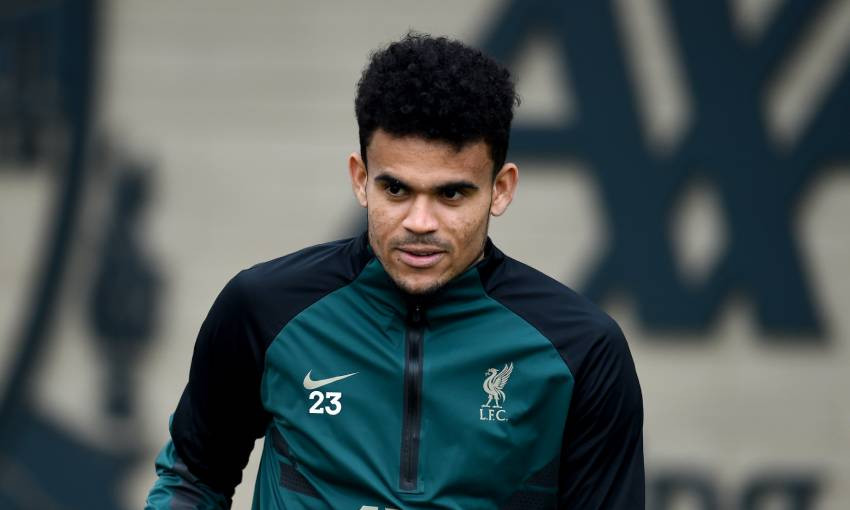 Luis Diaz admits he has even taken himself by surprise at how quickly he's settled in at Liverpool.

The Colombian has impressed in each of his nine showings for Jürgen Klopp's Reds since joining from FC Porto at the end of January.

Honours have already been secured in that time, too, with Diaz starring in the Carabao Cup final victory over Chelsea and scooping the club's Goal of the Month award for February with his finish past Norwich City.

Inevitably, the No.23 is delighted with how his Anfield career has begun and expressed a determination to maintain his levels.

Read on for Liverpoolfc.com's sit-down interview with the forward at the AXA Training Centre ahead of this weekend's trip to Brighton & Hove Albion… 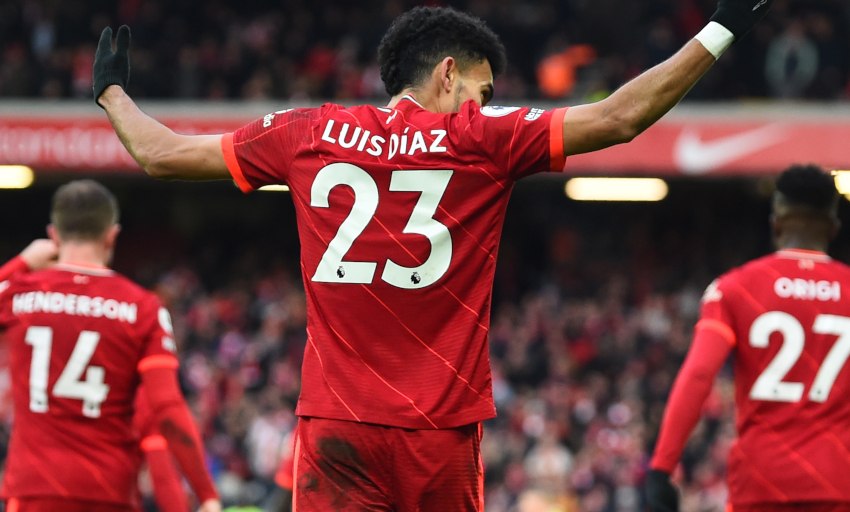 Luis, nine games into your Liverpool career and one trophy already – it's going pretty well so far...

Absolutely! It's going the best way possible and it's kind of the way that we all wanted. Certainly from a personal point of view, it's just how I wanted to try to start and what I've dreamed of and how I dreamed of starting. I knew that I'd come to a very competitive club involved in everything. So, I'm really, really happy how it's started and long may it continue.

Has it surprised you how quickly you've been able to adapt to a new club and a new team?

It has been a bit of a surprise, yeah. This is how I wanted everything to work out. I wanted to settle as quickly as possible, as I was saying before, and to get to know the style of play and feel comfortable. In training and on the field, I think I've managed to develop a good understanding with my teammates – and I think that's been down to both them and the coaching staff, who have helped me in this settling-in period. They have been a great help to me. I'm here to try to help, I'm here to try to support the team and the lads. As I say, I want to just keep doing my best.

To play in a final so early on and to see how much success means to the supporters – how special and significant was that for you in your early days as a Liverpool player?

Absolutely, it was a big final. Obviously players always give everything they can, and even more to try to win those sort of games, important finals like those. So to see us win was fantastic. And the way in which it came about, after penalties, you can see how much that meant to the fans. We know they always support us through thick and thin, so they certainly made themselves felt on the pitch throughout the game and the penalties themselves. It was fantastic. For that to have happened in just the few days seemingly since I joined the club, that was absolutely fantastic. But you keep your feet on the ground, it's all about keep working hard, trying to grow as a player and as a human being, as I try to keep contributing to the cause and to Liverpool FC.

On the penalties, Fabinho said that you and him were practising together. He had done the Panenka and you were a bit worried that he would try it in the final. Was there a bit of relief from your perspective when he scored it?

It's true! In the days leading up to the final, we were taking penalty kicks and we practised together for sure. He'd been joking around saying, 'If it goes to penalties, I'm doing a Panenka.' And I said, 'I can't believe it.' I was laughing at him, saying, 'No, you can't do that! If it goes wrong, the fans take it badly in a final.' So when the moment came and he's stepping up, I'm thinking, 'Blimey, is he going to do this?' When it came off how it did, it just shows the class and quality of the player that he did it. I was kind of shocked and surprised in a good way how it came about.

You said you had watched Liverpool before you arrived but when you train with the forward players every day, are they even better than you thought they would be?

I'm really, really happy to be sharing a training ground and the pitch with them. I had admired them from afar but when you are up close and training with them, you can tell a lot more than if you're watching on TV. It's just not the same watching on TV or from the stands. You appreciate it [more] when you're alongside them. And it's not just up front but all over the park is that quality amongst every player. They've all got huge skill, ability in football terms, and also tactically as well – they're very aware and have great appreciation of the game tactically also.

In terms of the Premier League games, do you get the sense that, with the quality of Manchester City, you know you have to try to win every single game and there's very little margin for error?

Absolutely. When you're at a club like Liverpool, it's almost obvious. We've got to be going all out to win, not just every game but every trophy that we enter. That might mean we have to win every game to do that. But I would say every trophy is different, every competition that we're left in presents its own challenges, it's different in each way. As long as we approach each one of those challenges with positivity, a good mind and being well prepared then we'll do well.