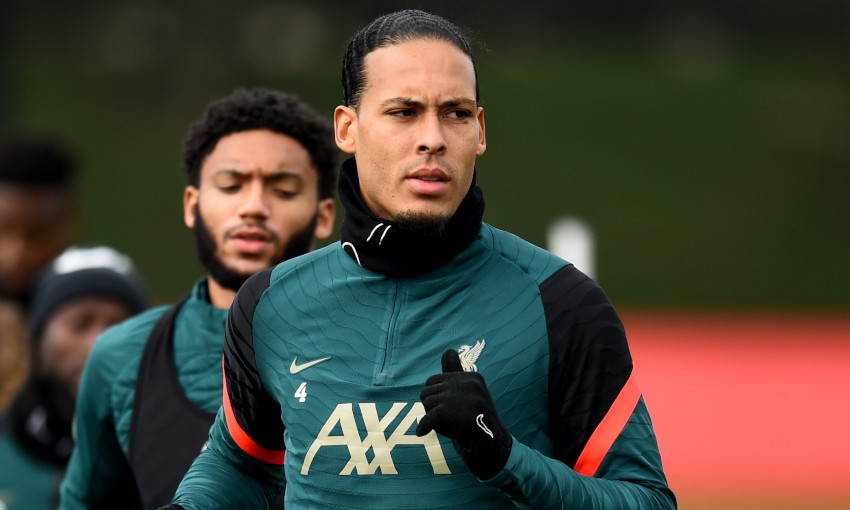 Virgil van Dijk believes Liverpool should enjoy and embrace their current situation and the pressures that will come with it as they continue to challenge for further silverware on three fronts.

With the Carabao Cup already secured last month, the Reds can move to within a point of Manchester City at the top of the Premier League table if they can record a victory at Arsenal this evening.

In addition, Jürgen Klopp’s side will discover their quarter-final opponents in the Champions League on Friday before travelling to Nottingham Forest on Sunday for the last eight of the Emirates FA Cup.

Van Dijk acknowledges the intensity of the fixture schedule is something he and his teammates will have to contend with in the coming weeks, but it’s something he feels everyone should be relishing as 2021-22 prepares to move into its final straight.

Ahead of the visit to Emirates Stadium, the centre-back sat down with Liverpoolfc.com at the AXA Training Centre to discuss the challenges that lay in wait for the team. Read on to see what he had to say…

Virgil, you were the winner of the Standard Chartered Men’s Player of the Month on Tuesday. For yourself personally, how are you feeling performance-wise? You said you felt it’d take you a little while to get back to your best - are you there now?

I definitely feel the international break we had at the end of January helped a lot, to really switch off and get time with my family. It was good to just enjoy time together and also reflect on the first part of the season a little bit, coming back after the injury, because time goes by so fast so you really have no time to reflect much. As I said, I think the break helped me a lot; I came back clear-minded and ready to just give it everything for the rest of the season. Performance-wise, it definitely helped, confidence[-wise] as well and obviously the knee is doing well, too. I think overall, we've got a very good rhythm at the moment where we're winning games, which is obviously the most important thing in football, and we're still in competitions, so that all helps and builds confidence and momentum. Hopefully we can keep that going.

Calm as you like…😍 Enjoy the best bits from February’s @StanChart Player of the Month, @VirgilvDijk 👏 https://t.co/ECp8r5jmFZ

It is literally a game every three or four days at the moment. How do you find the demands of that?

Two more games and then the international break. Then it’s the final straight, with three competitions still to play for. How exciting is it for you?

Very exciting. It's all finals, we all feel it like that as well. They're all going to be tough games, a very tough programme and the Champions League draw is coming up as well. At the weekend we've got the FA Cup and [tonight] we've got a big game against Arsenal, who are in great form as well, so let's just go for it. Let's just give everything we have and enjoy it, believe and no matter what happens, setbacks yes or no, just keep it going and give everything until the end of the season.

As you say, Arsenal are in great form at the moment. It's right now probably one of the most difficult games in the Premier League, isn't it?

Yes, obviously they are a fantastic club with great history. I think Arteta is doing a fantastic job there, he has the confidence from their board and they are definitely building towards something good, I think. They have a clear philosophy and identity and it's never easy, especially down there. We won there in the Carabao Cup but it was very tough. We have to be very ready, intensity-wise as well, and just go for it. We will try everything to win the game and get a good result. Then we will see if that is enough. 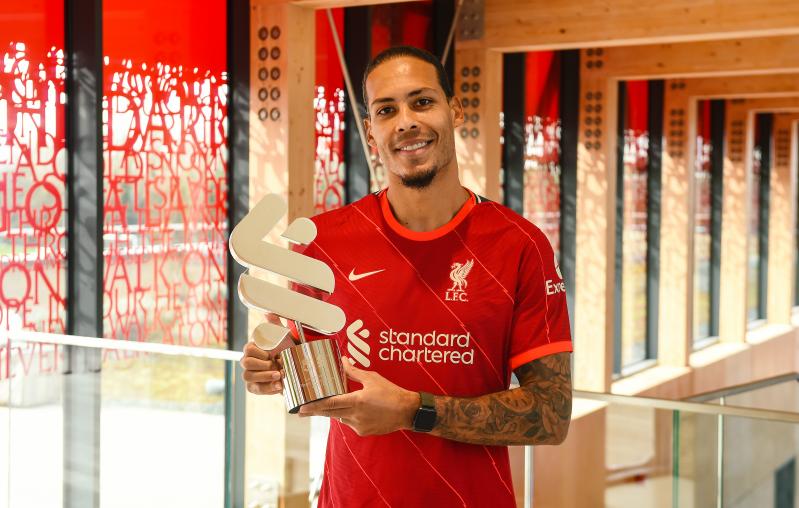 Do you think it could be a different game to the one we played there in January because of their form now?

I don't know. I think we are in quite good form as well. We focus a lot on ourselves, but we will look at all the aspects of the game, how their build-up play is, the midfield press is et cetera. We will look at all of the situations and also how they did it against us, how they could change it, how we then could change it, so we prepare as good as we can. At the end of the day, it's all about what is happening tonight and the small margins that make a difference.

You mentioned 'finals' earlier and I know this group only focuses on the next game, which comes from the manager, but is it difficult to block out external noise about what we could achieve this season?

No. Personally, and I can only speak for myself, it's not difficult. I feel like if you listen to the outside world then it could bother you a bit. I feel like it's all a trap because if the outside world wants to see you saying all these things, then it can come back to haunt you. We've learned over the last few seasons how to deal with these situations and at the moment we're just taking it game by game. We have to win our games anyway to be able to get more trophies at the end of the season and in order to do that, you have to focus on what's ahead of you. Today it is tonight's game and then we will see what is happening after that. Everyone is having that feeling as well and I think everyone is also quite calm around it, not getting carried away. I think it's important we don't take the situation we're in for granted as well.

So, I take it the fact we can close the gap on Manchester City doesn't alter anyone's thinking going into the game?

No, personally - and, again, I can only speak for myself - but I don't think so. I think I said months ago that if anyone is giving up on the title and doesn't believe in it then they should stay home. Anything can still happen, there are still many games to play regardless of the outcome of our games. I can only promise that we will give everything until the end of the season and if that's enough, we're going to have a big party and if it's not, we'll try again next year.

It's really exciting for the fans - is it the same for the players?

Yes, definitely. If you are still in all the competitions and you still play for everything that's out there, that's only something you should enjoy and give everything that you have. Be excited each and every game, be excited about the difficult moments you're going to face as well and find a way to hopefully get the results that we need. We should all be excited and be up for it; I don't know how many games there are exactly to play with all competitions, but it's not loads, so let's just all give it and enjoy the race.