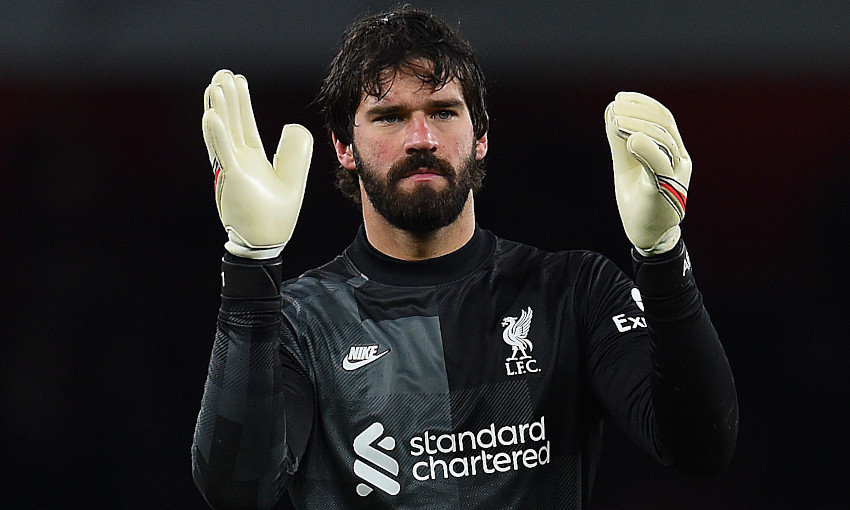 Jürgen Klopp has confirmed Alisson Becker will start in goal against Nottingham Forest in the Emirates FA Cup.

The Reds travel to face the Championship side on Sunday night in the quarter-finals of this season’s competition.

Caoimhin Kelleher featured in the first two rounds of the tournament against Shrewsbury Town and Cardiff City, but missed the fifth-round victory over Norwich City.

The Republic of Ireland international played a vital role in the club’s Carabao Cup success, though Klopp’s No.1 will take up his usual spot between the posts this weekend.

“The FA Cup is Ali,” the boss told his pre-match press conference on Friday morning.

On whether he is planning to rotate his side at the City Ground, the manager said: “We will see, I have really no idea in this moment. The analysis will follow now.

“I saw the Nottingham game, the FA Cup game against Huddersfield, fully and now the analysis follows after this press conference so then we make a decision about the line-up.

“But we have obviously a couple of issues from the last game and before: people who are ill and I hope I don’t get news somebody is ill today. So far I didn’t get that but the boys come in slightly later.

“Mo felt his foot again a little bit after the game, so we have to see what we do with that and on top of that, some other bits and bobs and stuff like this so we have to wait. It is always like this. I want to have a team at Nottingham who is fresh enough physically and mentally for the game and really is going for it.

“We are Premier League team number four for Nottingham I think in the competition so they didn’t have an easy way yet, but they made it. An important game on Wednesday against Queens Park Rangers, they are close enough to think about promotion again so our former LFC coach [Steve Cooper] is doing obviously a proper job there, so another reason why it’s a special game.

“If we rotate – and I really don’t know it in the moment – then it’s just to have the best team possible for this specific game on the pitch.”