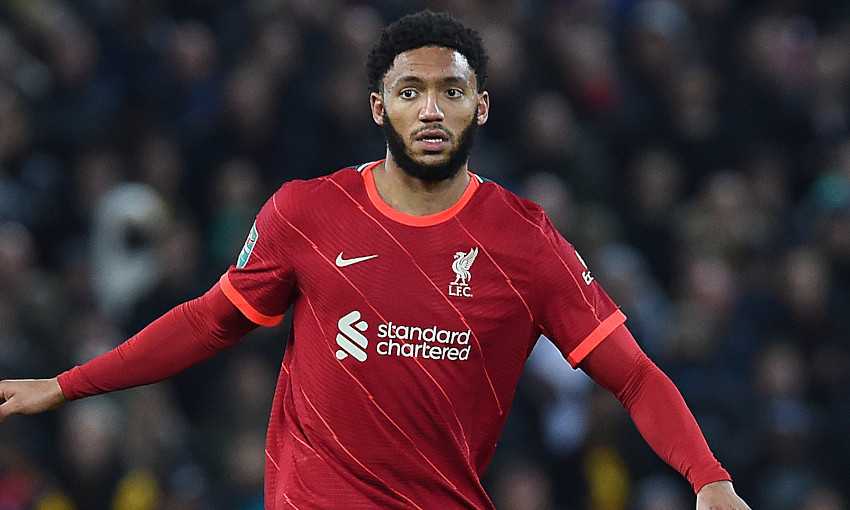 The defender is in line for his 15th appearance of the season so far at the City Ground, with the manager praising his qualities ahead of the tie.

Klopp told reporters on Friday: "Joe is outstanding - an outstanding centre-half and an even better boy. He is good, but of course it is not the situation he would have wished for [this season so far].

"He was injured for a really long time and then he comes back and thinks, 'OK, I'm ready, let's go' and then we have the situation where the three others could start earlier, could gain rhythm and stuff like this, game after game.

"He was a bit unlucky in the FA Cup round [against Shrewsbury] when Joey was not positive [for COVID-19] in that moment, but it was a false positive test so he couldn't play. He was unlucky on top of that.

"He is a top-class player, he is not an inch worse than all the other three who are playing but the other three have rhythm, that's why they play more often. That's a little bit the problem we have, but at a club with our aims and ambitions, it can happen. It will not last forever, but so far it happened like this.

"The next game would be a good opportunity, that's true."