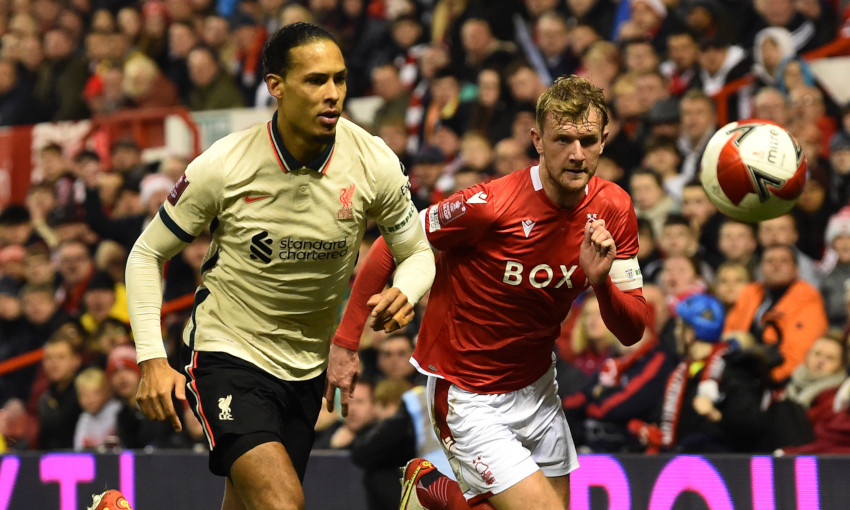 Virgil van Dijk has encouraged Liverpool to enjoy the demands of a hugely significant and exciting April fixture schedule.

The Reds signed off for the international break by booking their place in the Emirates FA Cup semi-finals with a narrow 1-0 victory over Nottingham Forest on Sunday evening.

Diogo Jota’s close-range finish 12 minutes from full-time at the City Ground secured progress to a last-four showdown with Manchester City at Wembley.

It means another massive game for Jürgen Klopp’s men in a month that will see them continue their Premier League title chase and face Benfica in the Champions League quarter-finals.

Van Dijk cannot wait for the experience, he explained to Liverpoolfc.com during a post-match interview in which he also analysed the difficulty of defeating Forest.

Read the chat with the No.4 below…

Virgil, well done, you’re through to the semi-finals. Was that exactly the type of cup game you expected before you got here today?

Yes, of course. Obviously they had quite a good run until today, so we were prepared. It’s one of those games you can’t really do it too well – everyone expects you to win because we are the Premier League side, we are Liverpool. So we had to stay focused, stay positive and stay patient, work as hard or harder than them at least, and finish our chances off. It was tough; nice atmosphere, but in the end I think we deserved to go through. We are going back to Wembley. 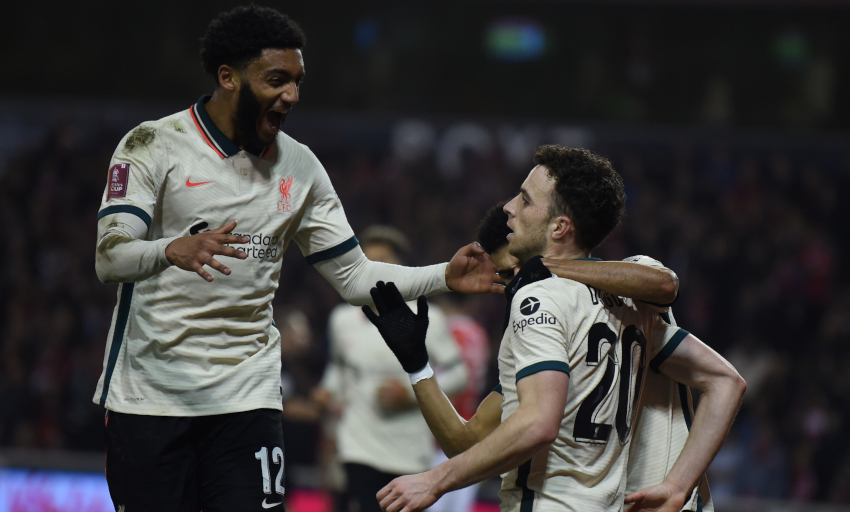 You dealt with the atmosphere really well, really calm throughout the game, until maybe the last five or 10 minutes once we had gone ahead. Were there a few nervous moments in the closing stages when they sort of threw everything at it…

Yeah, well, obviously we expected that as well. At one point they played 4-2-4 or 3-3-4 when they take all the risks and there was a lot of space to maybe kill off the game. You have to deal with these moments as well, even knowing how tough these are, but it’s good to get the clean sheet, win and move to Wembley, of course.

Quite an April you’ve got, two games against Benfica, two games against City, Everton, United and a few others thrown into that. As a player, how do you cope with a workload like that? It’s fabulous for us to watch, but they are big, big games…

Obviously that’s something that we all want first and foremost, so you have to look after yourself, make sure you recover well, prepare well. I think one of the first things you don’t have to forget is: enjoy it. Like today, it’s something you should enjoy, these nights where you have to fight for everything. So that’s what we have to do in April as well. An international break now, we have to fight for our countries in a good way hopefully, a change of scenery and hopefully everyone comes back fit and healthy.

You say enjoy it, is that the message you say to the younger lads in the squad? Go and embrace this because seasons like this don’t come along every season?

Hopefully it does! But I think everyone, not even the younger guys, everyone should enjoy it. And it’s tough sometimes because you want to play as well as you can, and even today when there were moments where we were a bit sloppy on the ball but still kept going and kept pressing, these moments always happen and you just have to give it your all, enjoy the moment and focus on the game ahead of us. It’s good we are going to Wembley again.