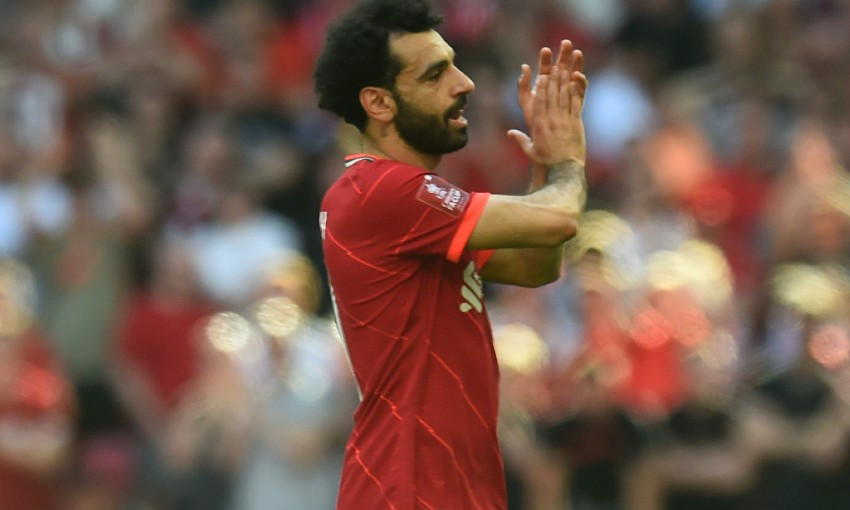 Salah was forced off in the first half of Saturday’s penalty shootout win over Chelsea at Wembley, where Van Dijk had to be substituted prior to extra-time.

Klopp was asked for an update on both players during his post-match press conference and replied: “We had to change Mo early, which was not cool.

“It was my decision, it was pretty cautionary. Mo said, ‘I feel something, I can carry on.’ I said, ‘No.’ A football game is not a perfect physiotherapist, it means it rarely gets better during a game.

“Then Virg stands with me and says, ‘I feel something but it’s fine I think.’ We make a decision together, so he stays on but was clear when we didn’t make it in 90 minutes he has to go off.”

The manager added: “Obviously I spoke to both already after the game, both are really OK. All that we know is it’s not a big thing, we really came through.

“But the next game is on Tuesday and that’s obviously pretty quick. No, I think they both will be fine, but not… maybe… we have training tomorrow morning, then if they tell me ‘I’m completely fine’ I will be surprised but I will take it and then we have to go from there. So we will see.”